Our global commons: safeguarding the planet 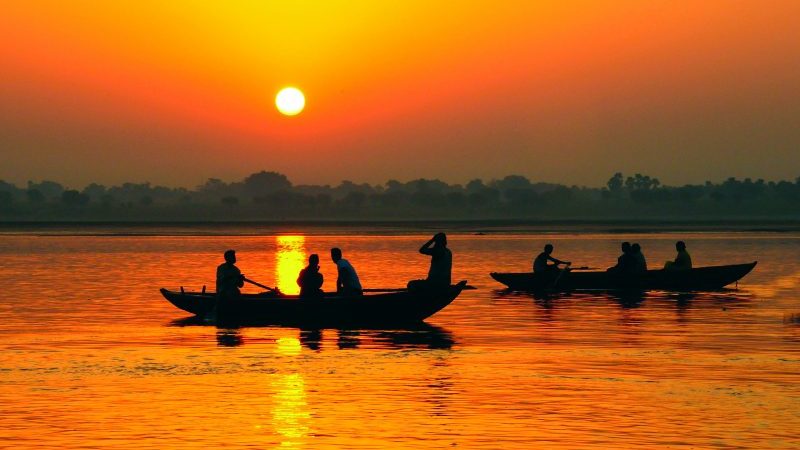 By Naoko Ishii from our sponsor

Big birthdays are occasions for celebration, and reflection – and reaching 25 years is a particularly important milestone. For a person, it marks the onset of full maturity, a moment at which soberly to confirm the course to an effective and satisfying adult life, while still retaining much of youth’s enthusiasm and willingness to innovate. And it can be much the same for organizations.

Now the Global Environment Facility has reached this landmark moment. Set up in 1991 as a pilot programme in the run-up to the Earth Summit the following year, it has developed from being the financial mechanism for implementing international conventions agreed in Rio to the foremost champion of the global commons on which civilization depends. But, as with a person reaching his or her quarter century, its greatest challenges – and opportunities to make a difference – lie ahead.

Over those 25 years its original $1 billion programme has led to the investment of more than $15 billion, and the leverage of over $80 billion in additional resources, for more than 4,000 projects in 167 countries. Its original three partners – the World Bank, the United Nations Development Programme and the United Nations Environment Programme – have grown to a network of 18 first-class implementing and executing agencies. But the task ahead is greater than ever, and requires that the GEF continues to innovate itself.

For the global commons – on which the world’s societies and economies depend – are threatened more than ever before. Species are becoming extinct 10 to over 100 times faster than at historic rates, a great dying comparable to the mass extinctions in the geological record. Thirty per cent of global forest cover has been cleared, with another 20% degraded. One quarter of the world’s land area – on which 1.5 billion people depend – is being degraded, while 85% of global fish stocks are now fully exploited or have been depleted.

Climate change is no longer a future threat, but a present reality – especially for many of the poorest and most vulnerable people on earth – the result of higher levels of greenhouse gases in the atmosphere than at any time in at least the last 800,000 years.

So overwhelming are these impacts of human activities that the very biophysical processes that determine the stability and resilience of Earth are being pushed to the limit. Several, planetary boundaries within which human society has become established and thrives, have already been transgressed as the global commons that we have so long taken for granted come under irresistible pressure.

Indeed, scientists are concluding that the world has moved out of the almost miraculously benign conditions of the past 11,000 years – the only ones known to be able to support civilization, let alone a human population of 7 billion and rising – that we call the Holocene. The Anthropocene that is succeeding it is a new terra incognita, a ‘no-anologue’ state beyond all human experience. And yet the negative drivers that have brought about this momentous transition are growing in intensity. The world’s population is expected to reach 9 billion by 2050, while consumption is increasing even faster: by 2030 the global middle-class is likely to have expanded to 5 billion people. And the proportion of humanity living in towns and cities, which topped 50% in 2009, is due to reach 75% by 2050.

On this trajectory, the threat not just to the environment but to global aspirations for economic growth, prosperity, jobs and security – risks to escalate out of control. Business as usual will guarantee disaster. Incremental change will not suffice to avoid it: the challenge is just too great for that. The only solution is transformational, systems change. There is simply no other option.

Fortunately the world last year took the first steps to begin to turn this growing tragedy of the commons into an opportunity. The 17 Sustainable Development Goals, agreed by nearly 200 countries at the UN General Assembly, clearly recognize that the health of the global commons is fundamental to development and growth, aiming to end poverty and ensure prosperity while respecting planetary boundaries. The Paris climate agreement, concluded by the same governments in December does the same, while pledging to achieve zero net emissions of greenhouses gases in the second half of the century. But, important as this is, it is only a start. Much more is needed, and it must happen fast: we are at a tipping point, for good or ill, for the world’s environment and prosperity.

I believe that the GEF is particularly well placed to help catalyze the required transformation. It can, and must, play an ever stronger role as a champion of the global commons, its core mission.

The international conventions which it has long supported – on climate change, biodiversity, land degradation, persistent organic pollutants and mercury – cover most global environmental issues that impact the health of the Earth system. It also has a role in protecting the ozone layer, improving the management of transboundary freshwater resources and large marine ecosystems.

Over its quarter of a century, the GEF has accumulated a vast body of experience and knowledge.

Above all, it has a record of achieving good results on the ground. It has supported, for example, 790 projects for mitigating climate change – contributing to reducing greenhouse gas emissions by 2.7 billion tonnes – together with adaption measures to reduce the vulnerability of more than 15 million people in 130 countries.

The GEF works through a range of influencing models, each chosen to match the barriers –  such as weak or inadequate policy frameworks, lack of awareness, limited access to finance, technological gaps, or failures in coordination – that must be overcome if the intended benefits are to be achieved. Choosing the right models – or a combination of them – increases the catalytic effects of the interventions that the GEF makes.

But the uncomfortable truth is that we, like the rest of the international community, are failing to reverse the sharp downward trend in the global environment. We have won battles, but the war is still being lost.

So the GEF, too, needs to change and – with the full support of its Council – it is doing so. Two years ago we published GEF 2020, the organization’s first-ever long term strategy, which we are now implementing. We are switching the focus of our operations to address the underlying negative drivers of environmental degradation – rather than merely its effects – and to supporting innovative and scalable activities that cost-effectively deliver the highest impacts.