Comment: Historic pact to cut sulphur emissions from shipping sector hailed by green groups, but slow progress suggests a climate deal is a long way off 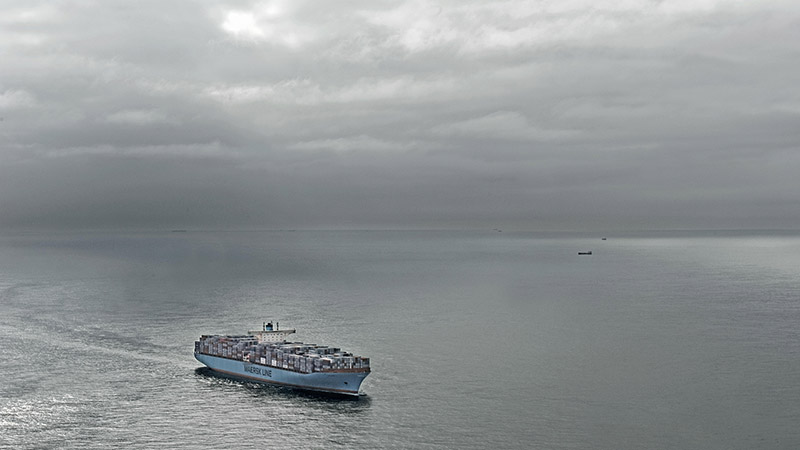 Whisper it, but the shipping industry is showing signs of tackling its environmental footprint.

This week at International Maritime Organisation (IMO) talks in London around 170 countries agreed to tighten limits on toxic sulphur emissions from ships.

The decision means the sulphur content of maritime fuels has to be cut from a current maximum of 3.5% to 0.5% in 2020, and could prevent 200,000 premature deaths, say experts.

It’s a significant step and one that the likes of WWF, Friends of the Earth and Brussels-based NGO Transport and Environment have been pushing for in the past few years.

“This is a landmark decision and we are very pleased that the world has bitten the bullet and is now tackling poisonous sulphuric fuel,” said Bill Hemmings, T&E shipping director.

Still, the battle to get this deal has been immense, and raises questions over the capability of the IMO to deliver a similar agreement on climate change, its next major task.

The sulphur fight has lasted a decade. Only now, with the European Union pushing hard for tougher global regulations and China implementing its own standards has a pact seemed likely.

In a closed debate on Thursday, Climate Home understands Russia, Thailand, Iran, Chile, Peru, India, Indonesia and Brazil were arguing 2020 was too early, and should be pushed back to 2025.

That was despite an IMO-commissioned report finding the refinery sector had the capability to deliver sufficient quantities of low sulphur fuel and finding the retrofitting costs for all affected ships manageable.

These, said one of the report’s authors, were around the $30 billion mark. To put that in context, the value of all global trade is $16.5 trillion, nearly 90% of which is carried by sea.

With the aviation sector now boasting its own – albeit flawed – climate deal, shippers are under pressure to follow.

Yet despite the many vast ships that circle the planet, this is an industry that is still suffering from the financial crisis. Further cuts to profits are not welcome.

Many shipping companies like South Korean giant Hanjin are in trouble; tackling high debt levels and hit by a demand slump since 2008.

Veterans of these talks have long argued that business lobby groups and international shipping registries wield too much power at UN shipping talks, obstructing environmental efforts.

Lobby groups are even allowed seats at the negotiations, making frequent interventions from a row of seats at the back of the main chamber, although IMO reporting restrictions mean their comments cannot be reported.

In an column for Shipping Today this week, shipping expert Olaf Merk argued the industry has long championed small steps as ambitious, especially where the environment is concerned.

“It has taken pride in a 10% emissions reduction between 2007 and 2012, caused by halted trade and slow steaming,” he writes.

Proposals to develop a climate roadmap expected to be agreed this week in London are a mechanism to delay the inevitable, he adds.

“This is not about setting a target for shipping in line with the Paris agreement, this is code for: we will think about a date at which we might say more about how a target could look like if ever we feel we are ready for it.”

Business lobby groups reject claims they have tried to slow progress. “We have a position that we don’t have a position,” says Artemis Kostareli at IPIECA, an oil and gas industry body that participates in discussions.

Lars Robert Pedersen, deputy secretary-general of BIMCO, a shipping body, argues the IMO has already proved it can deliver when set a task.

“There have been legal requirements in place regulating energy efficiency in all ships in the world for seven years, with ever-more stringent requirements,” he says.

He supports proposals for a work programme on shipping and climate, based on a “three-step” approach involving data collection, analysis and a decision sometime in the next few years.

In a small but significant development, on Friday countries are expected to agree on a workplan to explore how shipping can reduce the 2% of world greenhouse gases that it releases annually.

Few expect this to result in a target any time soon. An alliance of European and small island states urging the sector to recognise its “fair share” of global efforts is opposed by China, India and Brazil.

Meanwhile, unusually tight reporting restrictions imposed by the IMO means little scrutiny is imposed on individuals or countries in this venue.

An email sent to reporters this week stressed the rule that “media reports accurately the outcome of discussions”, adding this “specifically precludes reporting of the discussions themselves”.

Reporters must ask permission from envoys to use their plenary statements, a marked contrast to UN climate, biodiversity or environmental talks.

If a journalist breaks those rules and reports quotes from the main plenary – however accurately and however great the public interest – you get a ban, as this website knows to its cost.

Yet few envoys seem happy to be quoted. Only three of the 15 delegations approached by Climate Home this week agreed: the Solomon Islands, Panama and Canada.

Two diplomats objected strongly to requests, apparently offended their national positions on climate change and shipping should be public knowledge.

The result is IMO conferences usually appear to end in unity, with the threat of a ban from negotiations encouraging the media to stay in line and report another week of slow – but steady – progress.