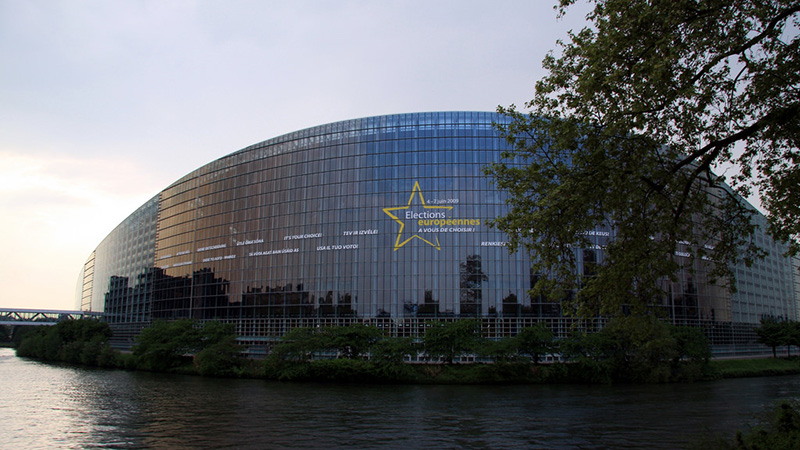 The Paris climate deal to limit global warming to below 2C will come into force in 2016 after the European Parliament formally approved the treaty on Tuesday.

European participation will mean a threshold of nations responsible for 55% of global greenhouse gas emissions is passed, allowing it to enter into force within 30 days. A second threshold of support from 55 countries was met last month.

Addressing MEPs before the vote, UN secretary general Ban Ki-moon said they had the “opportunity to make history” and urged them to make a decision “in the name of humanity.” Of 679 votes cast, 610 voted in favour.

Analysis: what happens when the Paris climate deal enters into force?

“This is a great day for Europe and the planet and a major historic moment when the world is falling into violence and fanaticism – it shows we can fight to protect the environment and planet,” said France environment minister Segolene Royal.

Officials from France, Hungary, Austria and the four other European countries that have completed their domestic ratification of the Paris deal will travel to New York on Friday to hand over their legal documents to the UN, she added.

The vote marks the end of an intense bout of intra-European diplomacy to garner support for early ratification, led by Royal and EU climate commissioner Miguel Arias Canete.

Only two months ago, many member states including the UK appeared to be in no hurry, saying ratification could wait until 2017.

But an unexpected signal from India that it would join this year, scientific data showing rapid warming across the planet and the prospect of Donald Trump winning the White House spurred Brussels into action, said an EU source in Brussels.

Should the EU formally join the agreement on 7 October, it will enter into force the day before the UN’s major climate summit of 2016 opens in Marrakech, Morocco.

“It’s fitting that EU ratification will bring the Paris Agreement into force, as the EU has done more than anyone to build political support for truly global climate action,” said Nick Mabey, chief executive of environmental think tank E3G.

Lord Stern, who 10 years ago published an analysis of the economics of climate change that changed the way many governments perceived the threat of global warming, said the pace of entry into force was a sign of real progress.

“It would be a tremendous achievement to complete this process within 12 months of the Paris summit last December, particularly as it required almost eight years for the Kyoto Protocol to come into force after adoption in 1997,” he said.

“This will provide an enormous boost in confidence for investors, particularly at a time when the world needs to ramp up its efforts to reduce greenhouse gas emissions in order to have a reasonable chance of meeting the goal of holding the increase in global average temperature to well below 2C above pre-industrial levels.”