Satellites reveal boom in cottage industry in which tens of thousands of civilian workers are engaged in dangerous, toxic work that props up extremist regime 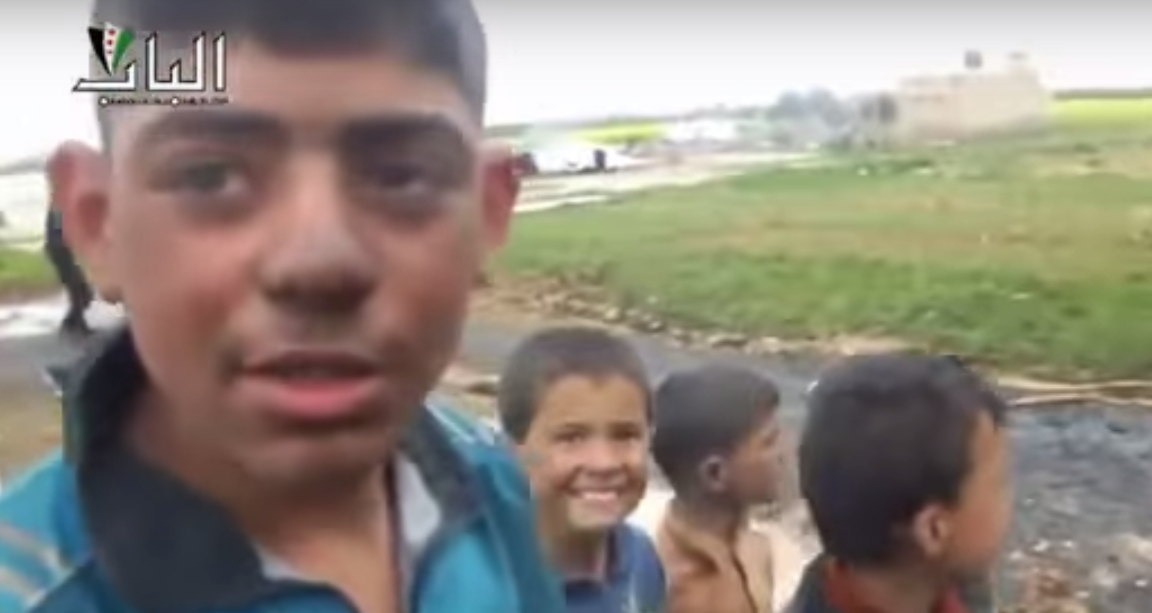 Children describe how to refine oil to journalists near Aleppo, Syria. Screenshot: Syrian4allWorld

Satellite images have revealed a huge expansion of makeshift oil refineries and a further human catastrophe for those struggling to survive amid Syria’s civil war.

Tens of thousands of black smudges have appeared across the country since the beginning of the war in 2011. A report prepared by the Dutch NGO Pax analysed images of the ground north of the Isis-controlled city of Deir ez-Zor and found 5,791 backyard-style refineries had sprung up since 2012.

The refinement of the crude has shifted from large, easily targeted facilities to small household-run furnaces that are toxic, volatile and often manned by children. A shortfall in production means that oil remains one of the few industries in which Syrians can still earn a living.

Separate investigations by Unicef, Save the Children and the UN, as well as numerous journalists, have previously raised concerns over the high proportion of children working in the refineries around Deir ez-Zor. 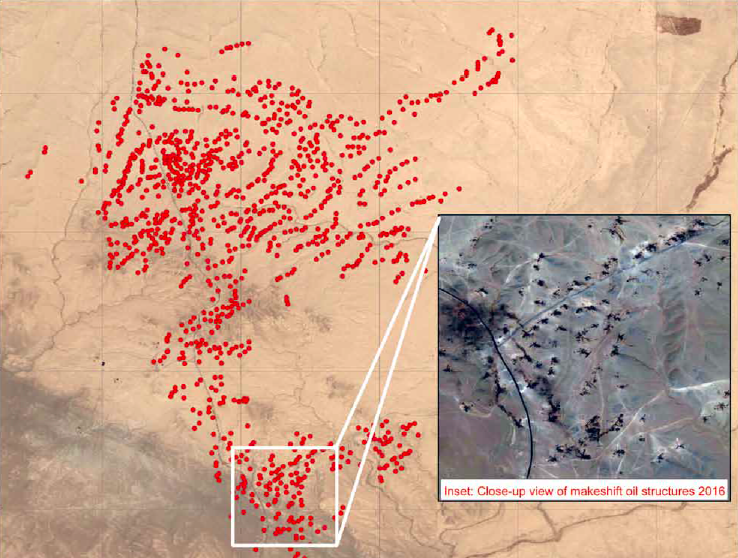 Red dots represent 1,098 new oil refining sites set up since 2012 at one site north of the Syrian city of Deir ez-Zor. Source: US Department of State/Pax

Report author Wim Zwijnenburg said the scale revealed by the satellites indicated that tens of thousands of civilians, including thousands of children, are now involved in the cottage oil industry. Many adult men in Syria have gone away to fight. At one site a local doctor claimed 2000 children were working amid 300 refineries.

“Considering that in our analysis we found 5800 refineries at 5 locations, and there at 36 known locations, we felt that’s it safe to say that thousands of children are likely working at these sites spread over all of northern and eastern Syria,” said Zwijnenburg.

Zwijnenburg said images he had seen of injuries suffered by the workers were “horrible”.

“Children covered by second and third-degree burns, with oil still in the wounds. People covered in black residue from head to toe. Syrian civilians are already facing many dangers due to war, and these risks are now compounded by being forced to work in these toxic environments,” he said.

UN observers noted in 2013 that even before Deir ez-Zor fell to Isis in January 2016, the growth in makeshift oil refineries was causing cancer, respiratory disease, crop failure and birth defects. 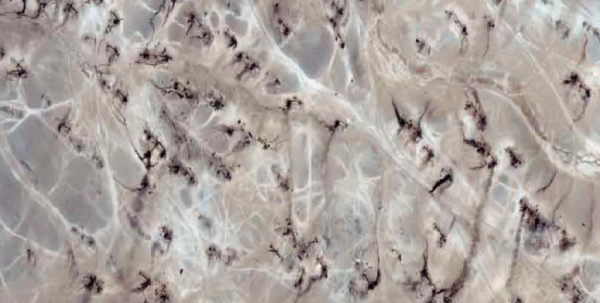 Oil production has plummeted across Syria as professional workers fled and refineries were strategically destroyed. Government oil production has fallen from 383,000 to 25,000 barrels per day. It is thought that Isis now controls 60% of all remaining production including the Omar oil field, one of the country’s biggest, atop which sits Deir ez-Zor. Isis now produces at least as much crude oil as the government.

In February the Financial Times reported that petrol and a type of generator diesel called mazout produced by refineries in the Omar oil field are typically sold throughout Isis’ self-proclaimed caliphate to keep society functioning and fuel the war effort. Some is also smuggled into neighbouring countries. All sales are taxed by Isis’ ruling authorities. The UK government estimates that 40% of Isis’ revenue comes from oil.

The air strikes that have destroyed much of the major infrastructure of the oil industry in Isis-controlled Syria, have been conducted by planes from Russia, the US and UK. The UK’s foreign affairs committee has noted: “The targeting of Isil’s oil industry must also consider the environmental impact, as well as the risk to civilians who are not necessarily adherents of Isil but who nevertheless work in the oil supply chain controlled by the group.”

Zwijnenburg said that governments must be prepared to face a health and environmental disaster when and if Isis was driven out of its oil-producing strongholds.

“When the moment comes, the international community should be ready to offer help,” said Zwijnenburg.