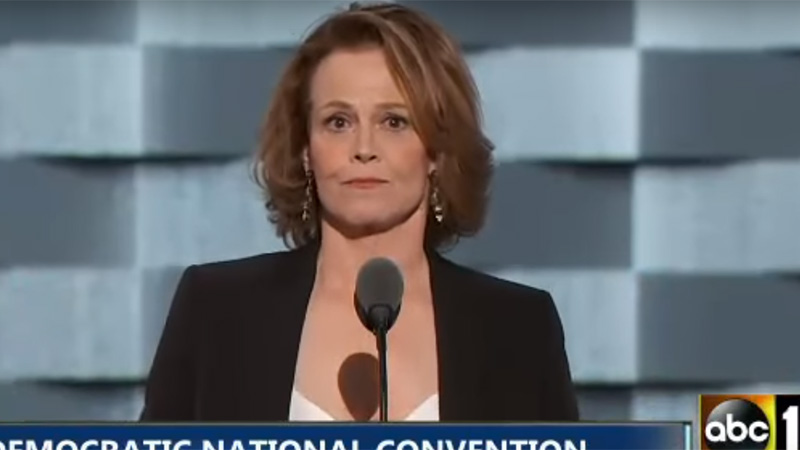 Aliens and Avatar star Sigourney Weaver led a cluster of Hollywood A-listers in supporting Hillary Clinton’s pitch for the US presidency this week – all because of climate change.

“I’m deeply concerned about my family’s future… that future is at risk,” she said.

Weaver narrated a short film released this week which underlines the risks posed to the US by spiralling levels of greenhouse gas emissions.

‘Because of global warming, mountain snow melts earlier each year. And when that happens, the ground dries up earlier too,’ says Schwarzenegger in the film.