Priti Patel and Boris Johnson are now the international face of Britain’s climate ambitions: will this pair of cynics be won over by the green economy? 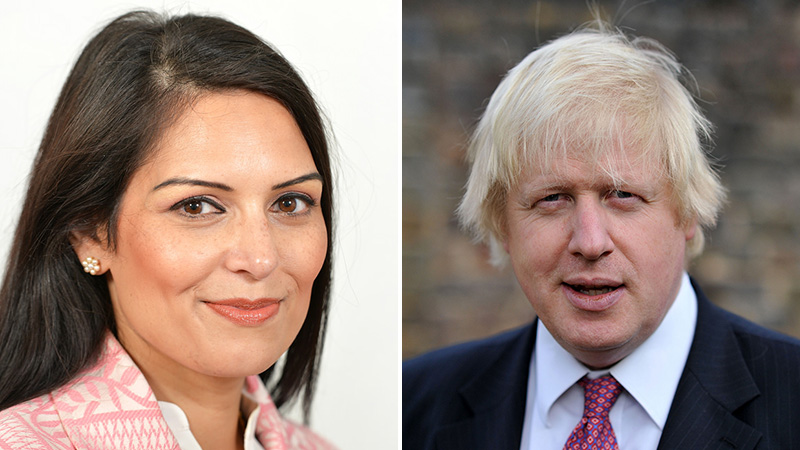 What’s in a name? Thursday’s decision to merge the UK climate and energy department with business caused much anxiety at home and abroad.

Diplomats from Chile, Brazil and Finland were among those expressing concern to Climate Home, while British green groups and former climate ministers raged at the decision.

While most of the media has focused on new secretary of state Greg Clark’s business, industry and energy ministry, important climate portfolios with million-pound budgets exist elsewhere in Whitehall.

Sometime climate sceptic Boris Johnson is foreign secretary while Priti Patel takes change of international development – a department she once suggested should be scrapped.

These ministries set the tone for UK climate diplomacy across the world, but given pressure on the UK’s goal to allocate 0.7% of national income to overseas development aid, how will they fare?

The department for international development has a seat on the board of the $10.3 billion Green Climate Fund, and supports NGOs and the private sector in investing in clean energy and climate resilience abroad.

The environment department looks after UN talks on HFCs, potent warming gases that could add 0.5C to global temperatures if they are not contained.

Officials at the transport ministry are working on a UN deal to develop a market-based mechanism to limit aviation emissions – it’s due to be agreed in October.

Meanwhile the Treasury, the real power behind UK policy, has overall control of the country’s £5.8 billion international climate fund (ICF).

The cash and network of attaches are critical levers in UK power, agreed a recent meeting of government officials and climate experts held at Chatham House.

UK greenhouse gas emissions account for around 1% of the global total. A country built on coal is fast ditching the black stuff. The 1.5 or 2C targets do not really depend on London’s CO2 goals.

Where the country does pack a punch is in its global outreach, technical assistance and support for clean energy and resilience projects.

The climate network allows it to influence leaders in Beijing, Delhi and beyond, Sir David said at a recent meeting held by the Aldersgate Group.

“This [ICF] fund means that around the world, doors are open. I’ve made 85 country visits in the last 2 and a half years,” he said.

“I meet heads of government as well as ministers because we have deep pockets. We are widely respected. Something like 80 of the NDCs [national climate plans] were delivered through our embassies alone.”

Only last week, the UK’s top ambassadors and high commissioners returned to London for a series of briefings related to the Brexit vote.

One of the main messages drilled into the country’s top diplomats was that climate change would remain a priority for the British government despite an impending split with the EU.

“The importance of the Paris Agreement cannot be overstated,” wrote Baroness Anelay, Foreign Office Minister for human rights in an article published on 7 July.

“It is a major step towards preventing some of the worst risks that climate change presents to the global economy and security.”

With the Paris climate deal in the bag, the work doesn’t end. FCO officials are now tasked with “maximising the commercial opportunities for UK companies linked to this change” she said.

Earlier this year India energy and coal minister Piyush Goyal spoke warmly of a visit to the headquarters of the National Grid, where he saw how UK power stations are controlled.

In China, policymakers are testing emission scenarios using the UK’s 2050 emissions calculator, first developed in 2010 to allow academics to test the potential for a radical shift from oil, gas and coal.

And in Africa, governments in Nigeria, Somalia, Ghana, Malawi, Sierra Leone and Rwanda are working on the Energy Africa scheme – launched in October 2015.

Since Brexit, various scenarios have emerged, but two narratives outlined at the Chatham House meeting stand out.

Either the UK turns in on itself and becomes a “little Britain” obsessed with immigration, or it invests in diplomacy – a stance advocated by Johnson – and seeks a bigger role overseas.

It’s a vision he, Patel and prime minister Theresa May will need to sketch in the coming weeks and months, and it’s one that will inform how the country is seen abroad – particularly in the developing world.

“Multilateralism is the cheapest most effective way to get things done – and we know that if people are not lifted up in their own economies there will be greater movements of people,” said Rachel Kyte, the UN’s top energy official and a British national, in a recent interview with Climate Home.

“It would be absurd to turn in on ourself and stop investing in the rest of the world and making that a safer, better place, because we will benefit.”