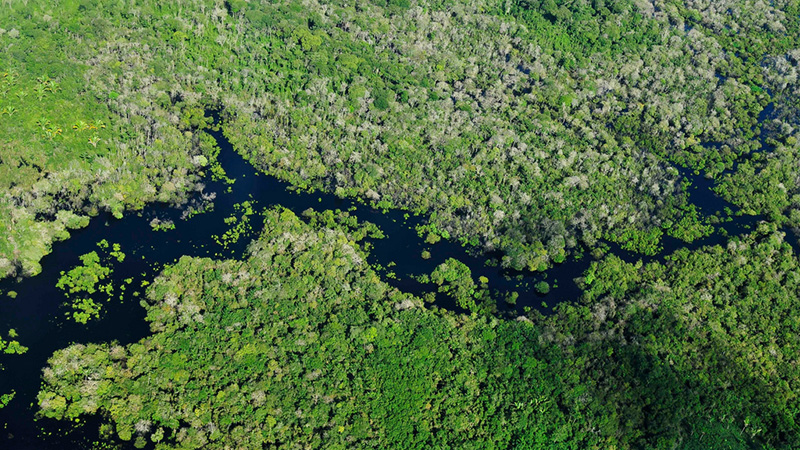 Aerial view of the Amazon Rainforest, near Manaus, the capital of the Brazilian state of Amazonas. Brazil (Pic: Neil Palmer/CIAT)

Brazilian lawmakers unanimously approved the ratification of the Paris climate deal on Tuesday, paving the way for the country to formally join the UN pact in 2016.

The House of Representatives vote means the legislation will now be assessed by the Senate before being passed to the President, who has the power to sign it into domestic law.

“We consider that this agreement serves the national interest and vote for approval,” said Pedro Vilela, a politician in the Social Democrat party.

According to Observatorio do Clima, a network of civil society groups that closely follow the development of climate regulations in Brazil and first reported the news, the upper house is not likely to oppose the measures.

Report: After Rousseff, Brazil prepares to roll back green laws
Analysis: Brazil must review its climate pledge on new data

Brazil is responsible for around 6% of global greenhouse gas emissions, and the news will boost hopes that the Paris climate deal could come into force by the end of the year.

For that to happen, 55 countries covering 55% of global greenhouse gas emissions need to file their documents with the UN.

The world’s top two carbon polluters – the US and China – have indicated they will formally join in the coming months. Saudi Arabia also aims to ratify before the end of the year.