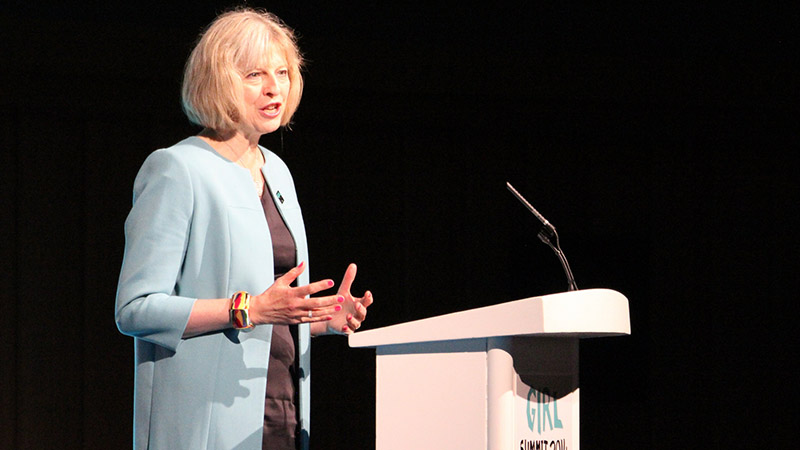 Radical, cool, calm and open to sensible debate. Theresa May will be a good fit as prime minister, according to the UK’s top climate change adviser Lord Deben.

“She has always shown herself to be a radical. Look at the modern slavery act – she was very strong on it… and even on unpopular things,” he said.

May is likely to be in Number 10 by Wednesday evening, propelled to the top faster than anyone expected after Andrea Leadsom’s shock withdrawal from the race.

Home Secretary since 2010, May has had little cause to talk about climate change, and nor has she since 2008, when she saluted the new Climate Change Act.

“Britain is the first country in the world to formally bind itself to greenhouse gas reductions and I strongly believe this will improve our national and economic security,” she said.

It was nowhere mentioned when she outlined her leadership pitch on Monday, though – even when it came to energy.

“I want to see an energy policy that emphasises the reliability of supply and lower costs for users,” she said.

Does the omission indicate a lack of interest or concern? Some have suggested May is less wedded to slashing emissions as David Cameron was in his early years.

Not so, said Deben, a Conservative peer: “The real question is where will she stand on the pressing demands, and it seems to me that scientifically… I have always thought she is a woman of intellect and takes the facts seriously.”

She has the potential and the pragmatism to be the greenest PM yet, but she will have to resist temptation to pander to climate sceptic wing

May is no fan of expanding Heathrow airport – unsurprising given her constituency is under its flightpath. Nor, said Deben, has she ever signalled any climate sceptic inclinations.

“She is not associated with any particular part of the party… thought of somewhat of the right… but no-one has been able to put her in a category, which is what we need,” he said.

Aside from the momentous challenge of negotiating Brexit, tests on her climate and energy mettle will come fast, with a plan to meet the UK’s carbon targets up to 2032 due out by December.

Previously a critic of the vast subsidies handed to nuclear energy, her administration will also decide whether the billion pound Hinkley C project continue amid fears of escalating costs.

The government will also need to respond to its own report on how the country can improve its response to flash flooding, which left parts of the North submerged over the winter.

“The trouble of what’s happening now is that it demands choices now, and ones that are politically controversial,” said Deben.