Brexit reaction: How will it impact global climate politics? 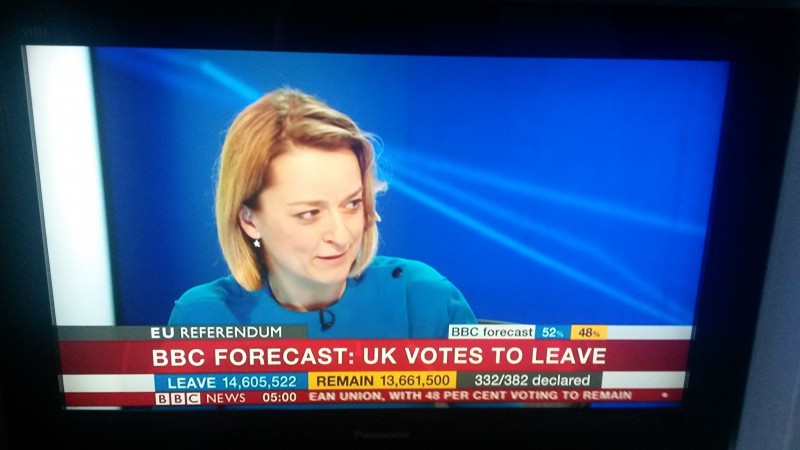 Reaction from civil society, business and the international community in the aftermath of a UK vote to leave the UK.

“It is too early to make a judgement. The energy sector doesn’t like uncertainty and the situation now is bringing another uncertainty in terms of the economic outlook. I hope this uncertainty is resolved as soon as possible.

“We had a very successful result in Paris last December [the UN climate deal] and more than 180 countries signed that agreement. But we should not forget that the EU has been the champion of fighting climate change and asking for an international agreement for years and years.”

“Environmental challenges don’t stop at borders and many require international solutions.  Leaving the European Union brings risks and uncertainties for our wildlife and wild places, but with the right policies the UK could continue to be a global force for the protection of nature. As an immediate step we should retain the environmental protections that have delivered cleaner air and beaches, helped preserve habitats and cut carbon emissions – and build on them to reverse the environmental decline we are experiencing.

“The Government’s proposed 25 year plans for Food and Farming and for Nature will now be measures of how seriously Ministers are about taking care of our countryside.  Integrating the needs of farmers and consumers with wider environmental priorities would reassure those who worry that nature will be low on the Government’s priority list.”

“Father, forgive them for they do not know what they are doing”

“Leaving the EU is likely to put an upwards pressure on energy bills, partly due to the direct financial costs of Brexit and also the impact of reduced investor confidence. So an immediate challenge for the Government following this vote will be to prevent bills rising.

“On climate change there has been speculation that an independent UK would scrap measures to tackle the problem. These measures are mostly enshrined in British law, however, and it seems likely that the strong cross-party majority in favour of reducing emissions in both Houses of Parliament would seek to defend them.”

If we're to heal the divisions in Britain then, more then ever before, progressives must work together #MoreInCommonhttps://t.co/1EkOUoAC7w

“There is a very real fear that Cameron’s successor will come from the school that supports a bonfire of anti-pollution protections. The climate change-denying wing of the Conservative Party will be strengthened by this vote for Brexit. That means the green movement, indeed every Briton who values a clean and safe environment, may need to stand up for nature in the face of an attack on the natural world.

“The environment barely featured in this campaign. Whoever comes to occupy Downing Street does not have a mandate to gut the environmental laws that we all rely on to protect us from pollution.”

India is fully prepared to deal with short and medium term impact of Brexit.

“The referendum may be over but many of the difficult debates are only just beginning.

“The environment must be at the heart of our negotiations with Europe and how we create a positive future for our country. We cannot let the UK return to the days of ‘the dirty man of Europe’. Protections for our birds and wildlife, our beaches and rivers, must not be sacrificed in the name of cutting away so-called EU ‘red tape’.

“The environment was rarely mentioned during the referendum but it must now move up the political agenda. With urgent issues like climate change, air pollution and destruction of the natural world already impacting this generation, not just the next, we don’t have time for the environment to take a back seat through years of negotiations.”

A former UK environment secretary – and climate sceptic – is chuffed

1/2 What a birthday present!!! Thanks and congrats to all those who voted bravely against establishment to regain control of our country.

“This is a poor outcome for British science and so is bad for Britain.  Science thrives on the permeability of ideas and people, and flourishes in environments that pool intelligence, minimise barriers and are open to free exchange and collaboration.  British scientists will have to work hard in the future to counter the isolationism of BREXIT if our science is to continue to thrive.”

Professor Simon Wessely, President of the Royal College of Psychiatrists:

“One way flight to Zurich please.”