Anote Tong: Migration is the “brutal reality” of climate change

Comment: Migration with dignity must be part of a climate change adaptation strategy, rather than relocation of people as climate refugees 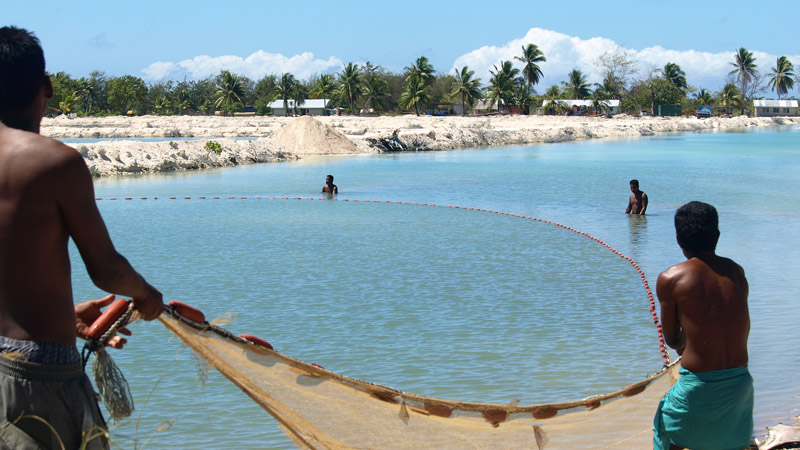 Climate change poses the most significant moral challenge to the global community and an existential threat to the future of many communities worldwide.

With the projected rise in sea levels by the Intergovernmental Panel on Climate Change (IPCC) of up to one metre within the century, the most vulnerable coastal communities and low-lying island states — several of which are in Pacific — face the real possibility of their islands and communities being submerged well within the next hundred years.

Cyclone Pam, which hit and seriously damaged the Pacific Island nation of Vanuatu in March of 2014, also veered north on a path never previously witnessed to hit the islands of Tuvalu and the southern island of the Gilbert Island Group of Kiribati.

Kiribati is on the Equator and was previously not prone to cyclone events, being in a region regarded as free from cyclones.

This unprecedented event clearly indicates that the weather patterns in this region are being altered and suggests that sea level rise may not be the most immediate threat to the security of these highly vulnerable island countries, but rather more highly energized and more frequent storms.

Cyclone Winston, which hit Fiji early in 2016, was categorized as the most severe storm ever recorded in the southern hemisphere.

These cataclysmic events, together with ongoing and increasing severity of coastal erosion and periodic flooding, have now rendered what were once viable communities uninhabitable.

Sea water has intruded into the underwater aquifers (a source of potable water and a lifeline for these communities), causing contamination to water supplies and damage to food crops. 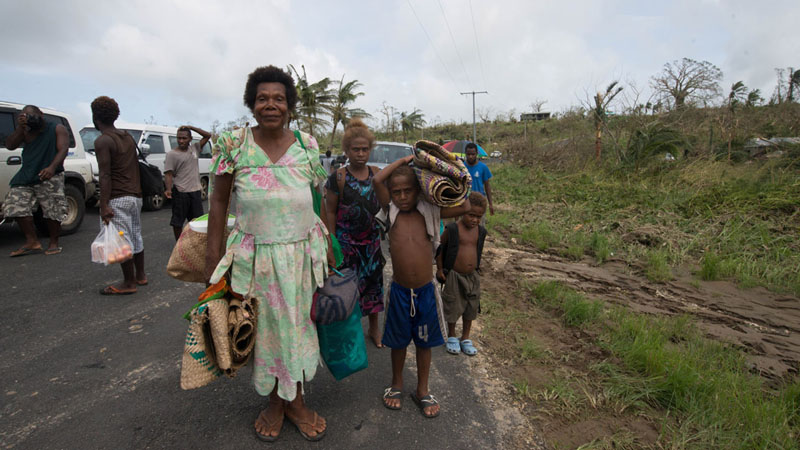 An estimated 45,000 school-aged children have no access to education as a result of Cyclone Pan (Pic: UNICEF)

On the southern island of the Gilbert Island Group, some villagers have now relocated to other parts of the island and several more will have to do the same well within the next decade.

However, these atoll islands are on average no more than two meters above sea level. Therefore, the ability and the options for relocation on the islands are limited.

Against this background and against the projected increasing severity of climate change impacts, the future of these communities and their capacity to continue as viable communities on their home islands is also severely limited.

Unless significant resources are to be made available from the developed world to build capacity to withstand the increasing severity of climate change impacts, a community’s ability to adapt and to remain in its homelands would not be an option. 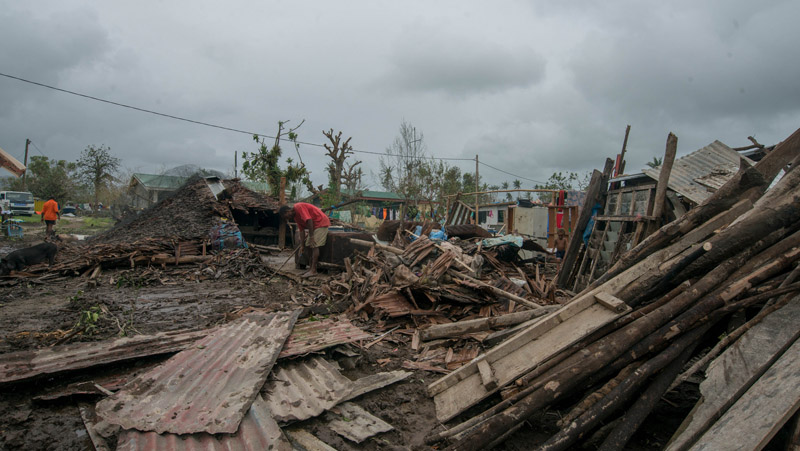 In an attempt to provide themselves with any measure of an option against the relentless onslaught of climate change, these most vulnerable countries have formed coalitions such as the Climate Vulnerable Forum.

The CVF is composed of countries ranging from the highly populous nation of Bangladesh to the small island nations of Tuvalu, the Marshall Islands, and Kiribati in the Pacific, and the Maldives in the Indian Ocean.

To highlight their extreme vulnerability as atoll island nations, the latter group formed the Coalition of Atoll Island Nations on Climate Change (CANCC), to focus international attention on the reality that their future as sovereign nations is in serious jeopardy.

But in spite of the strong desire and commitment of these countries to be able to continue to remain in their homelands, their ability to adapt and build the resilience required to withstand ongoing and future climate change impacts is entirely dependent on substantial intervention by the international community.

And even then it would be most unlikely that the scale of resources needed to guarantee the security of their entire populations is likely to be forthcoming.

Relocation, no matter how undesirable, must therefore be the brutal reality of the future of atoll island nations, and part of the solution.

Kiribati has advocated that migration with dignity must be part of a climate change adaptation strategy, rather than relocation of its people as climate refugees.

But the reality of what faces member countries of the CANCC in the future also holds true for countries like Bangladesh, where a significant number of their very large population is highly vulnerable and would also need to relocate from their existing communities.

And the moral challenge for the global community, among others, is then: “Are we able to face up to a catastrophe that is of our own creation?”

Anote Tong is the former president of Kiribati. This article first appeared on UNEP’s Medium page.