Where are climate goals in EIA energy outlook? It’s complicated

US advisory body disregards Paris Agreement in energy projections, to the chagrin of climate campaigners 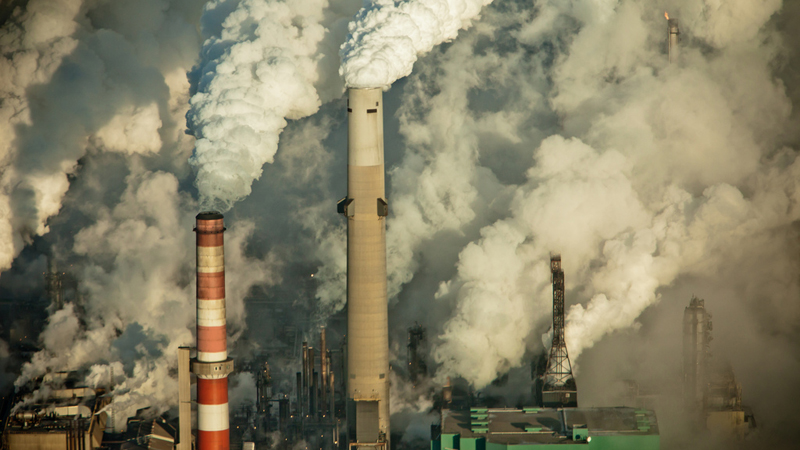 In its International Energy Outlook 2016, the influential US Energy Information Administration maps a range of scenarios.

There are high and low economic growth, high and low oil price variants in the report published on Wednesday. Notably absent is a projection compatible with international climate goals.

In the reference case, greenhouse gas emissions from energy worldwide increase 34% from 2012 levels to 43 billion tonnes in 2040.

It contrasts starkly with models showing how to limit global warming to 2C, the upper threshold governments agreed in Paris. Those involve peaking emissions around 2020 and phasing them out before the end of the century.

Climate campaigners accused the administration of failing in its duty to inform policymakers. 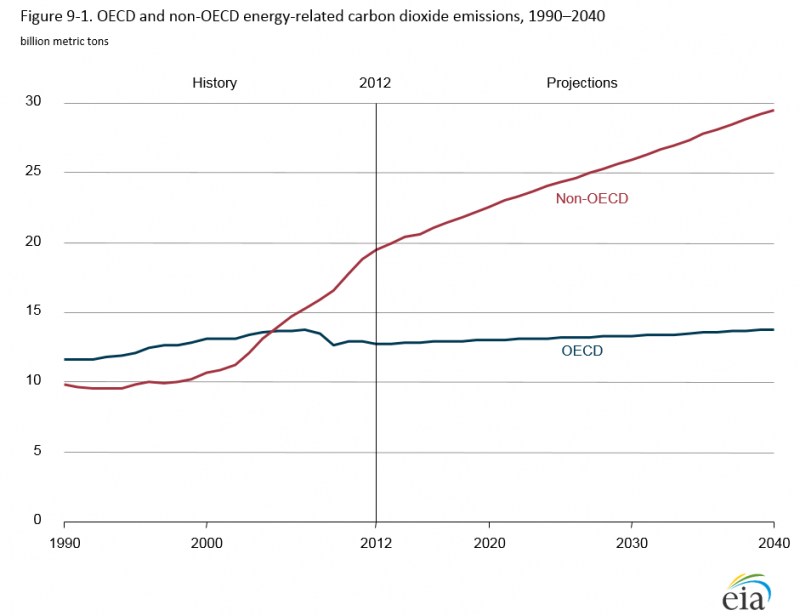 At a webcast launch event, EIA chief Adam Sieminski admitted the models did not account for all the national climate pledges towards the Paris Agreement.

“We have been asked: how much of Paris is included in this IEO?” he said. “That’s a complicated question.”

The analysts included some policies enshrined in existing law and regulation but not measures that had yet to be formalised.

President Barack Obama’s flagship Clean Power Plan, for example, is not included in the reference case.

Sieminski explained that the models used regional, not country-specific, inputs and the variety of national approaches made the effects difficult to quantify.

“They are projecting a world of climate catastrophe. I am sure it’s driving the White House crazy,” said Jake Schmidt of the National Resources Defense Council.

While nominally part of the Department of Energy, the EIA is independent and takes its own – conservative – view of the future.

In common with most mainstream energy analysts, it has consistently underestimated renewables growth, Schmidt pointed out.

“It is disappointing that after the Paris Agreement, they are not even considering a world in which we are getting close to solving climate change.”

Gabriel Marty, an analyst on France’s climate negotiating team, also questioned some of the EIA’s judgements, tweeting: “Highly skeptical of EIA forecasting CO2 emissions from coal staying the same in OECD countries over next 24 years.”

Highly skeptical of EIA forecasting CO2 emissions from coal staying the same in OECD countries over next 24 years… pic.twitter.com/rJuG2gixMZ

Greg Muttit of Oil Change International argued that as a statutory adviser to the US government, the EIA should take account of long term policy objectives.

“It is a pretty remarkable omission that they forecast the future of energy and completely ignore the possibility of the goals of the Paris Agreement being met. I would say they are completely failing in their job.”

Oil Change International and NRDC are among 16 NGOs calling for a “climate test” to apply to infrastructure developments.

Oil pipelines or LNG terminals should only get the go-ahead if they are compatible with a 2C or 1.5C future, they say.

“What we would like to see the EIA do is map out a genuine pathway to achieving what governments want to achieve,” said Muttit. “That is the first step of the climate test.”