David MacKay: ‘If everyone does a little, we’ll achieve only a little’ 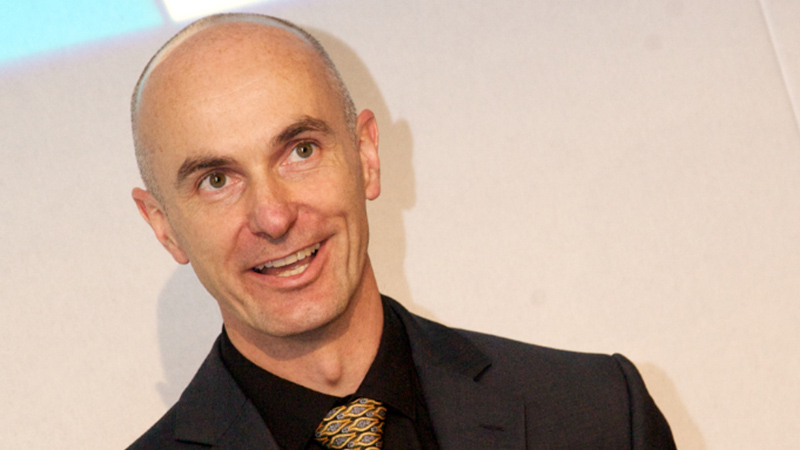 Humility, clarity and humour. Qualities you would not, perhaps, associate with many tomes on energy.

Yet the 368-page Sustainable Energy – Without the Hot Air, was an unusually compelling approach to climate policy that won widespread admiration.

David MacKay, the book’s author, died on Thursday from cancer, aged 48. Friends have left tributes to his generosity and intelligence on twitter.

Others can talk and write more authoritatively about the legacy of MacKay, a Cambridge professor and former chief scientific advisor to the UK climate and energy department.

But in a polarised, emotional and frequently irrational debate over climate and energy policy, his desire that “numbers, not adjectives” determine solutions was a rare beacon of sense.

“I’m concerned about cutting UK emissions of twaddle – twaddle about sustainable energy,” he writes in the introduction to the book.

“Everyone says getting off fossil fuels is important, and we’re all encouraged to ‘make a difference’, but many of the things that allegedly make a difference don’t add up.”

He adds a few paragraphs later: “Numbers are chosen to impress, to score points in arguments, rather than to inform… we are inundated with a flood of crazy innumerate codswallop.”

Stephen Tindale: climate campaigners should learn to be more pragmatic

Few escaped his cold analysis. BP’s assertion that painting its ships with go-faster paint saved emissions is demolished. “Does anyone fall for this?” he asked.

Newspaper columnist Dominic Lawson is eviscerated for his loose understanding of carbon dioxide flows, picked up for writing fossil fuels emit seven gigatonnes of CO2 as opposed to 26 (in 2009).

Uncertainties in climate science are acknowledged, as are limitations in cleaner energy technologies.

But the greatest legacy of this book – which should be mandatory reading – is that it allows readers to make their own minds up.

To that end, it challenges frequently cited assumptions over the capacity of UK renewables to meet future energy demand, underlining the need for a range of solutions from efficiency to EU energy links.

There is no simple answer: “I don’t want to feed you my own conclusions. Convictions are stronger if they are self-generated, rather than taught. Understanding is a creative process.”

Below are my favourite factoids and quotes I found most intriguing from MacKay’s book. It’s a long read so many of you are likely to have other – better – ones. Please tweet us with your own or add them below the line.

Our estimate of a typical affluent person’s consumption has reached 195 kWh per day… the average American consumes about 250 kWh per day. But “the green stack” adds up to about 180 kWh/d/p, which includes tidal, wind, biomass and solar power (but not nuclear). [p.103]

“Yes, technically Britain has ‘huge’ renewables. But realistically I don’t think Britain can live on its own renewables – at least not the way we currently live… People love renewable energy unless it is bigger than a fig leaf. If the British are good at saying one thing, it’s ‘no’.” [p.108]

“If we covered the windiest 10% of the UK with windmills (delivering 2 W/m2) we would be able to generate 20kWh/d per person, which is half the power used by driving an average fossil-fuel car 50km per day.” [p. 33]

Drinking five cans of coke a day will rot your teeth, and wastes energy at a rate of 3 kWh per day. Making a personal computer costs 1800 kHh of energy; using it every day for two years corresponds to power consumption of 2.5kWh/d [p.89]. The energy embodied in a daily newspaper is about 2kWh per day [p.90]

“British nuclear waste, per person, per year, has a volume just a little larger than one wine bottle” [p.170] 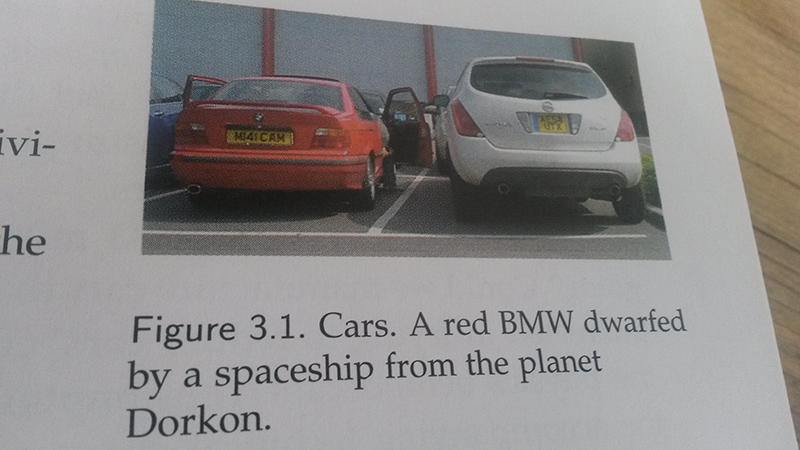 “Our power engineers already cope, every day, with slew [variation] rates bigger than 4 GW on the national grid. An extra occasional slew of 4 GW per hour induced by sudden wind variations is no reasonable cause for ditching the idea of country-sized wind farms.” [p.189]

“If 30 million electric cars were willing, in times of national energy shortage, to run their chargers in reverse and put power back into the grid, then, at 2kW per vehicle, we’d have a potential source of 60 GW, similar to the capacity of all the power stations in the country.” [p.198]

Mythconceptions: The plane was going anyway, so my flying was energy-neutral. “This is false for two reasons. First your extra weight on the plane requires extra energy to be consumed in keeping you up. Second, airlines respond to demand by flying more planes.”