‘In the eye of the storm we are fighting, not drowning’

As Pacific islands meet to talk strategy after the Paris summit, one attendee finds a group doubly determined to keep climate change at bay 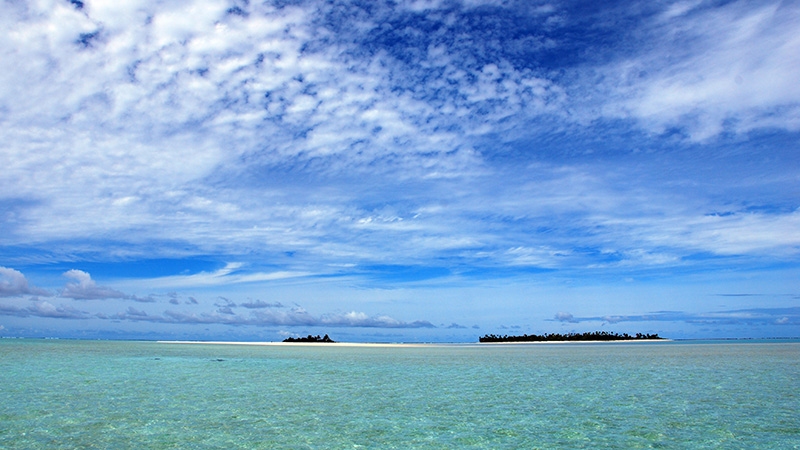 By Kya Lal in Wellington

The question on everyone’s mind is where to from Paris and COP21? What can we do to address climate change in the Pacific?

Setting the tone of the conference President Tong, an icon of the Pacific climate movement, said: “If we don’t raise our voice, nobody cares”.

The Pacific nations shone the brightest at COP21, due to our unwavering stance on redline issues such as 1.5C warming limit, a legally binding deal and the recognition of our special circumstances as Small Island Developing States (SIDs).

Demands which according to Leota Kosi Latu, newly appointed head of the Secretariat of the Pacific Regional Environment Programme (SPREP) were “largely met”.

However, as President Tong pointed out for the Pacific, the UN climate body is not just another high stakes international playground, but a body whose decisions have a direct impact on whether Pacific people live or die.

In Paris, President Tong had said that that “for them [Kiribati] even 1.5C  was too late”. This reality was heartbreakingly confronted throughout the week.

Claire Anterea of Kiribati was moved to tears multiple times over the three days when describing how climate change is impacting her homeland. The people of Kiribati have no desire to leave their islands, but stresses on food, water, land, increasing coastal erosion, inundation and wave overwash leave them little choice.

As a result, Kiribati will begin the process of “migration with dignity” in the next five years, facing the real possibility of their islands being rendered uninhabitable within two to three decades. Yet, optimistically they are still hoping that “crazy” and “imaginative” solutions such as artificial islands might just work and allow them to remain in Kiribati.

It was a huge privilege to get to hear the stories and meet the .@350Pacific #ClimateWarriors .@VicUniWgtn #PCCC pic.twitter.com/vAMRAWOUzo

The plight of Kiribati, Tuvalu, the Carteret and Mortlock Islanders and all frontline Pacific communities galvanised a solidarity amongst conference attendees.

Reinforcing that the only way we can combat climate change and assist the Pacific is through uniting against this common enemy.

Unity, camaraderie and fraternity were not in short supply over the course of the three days; encouraged by the disarming charm and welcoming smiles of the Pacific frontline activists. However, the atmosphere was electric with ideas and challenges meaning that tough questions and even tougher conversations around allies, colonisation, militarisation and privilege were in abundance.

“The UN is not just another high stakes international playground, but a body whose decisions have a direct impact on whether Pacific people live or die”

“If you want to help us, come and identify with us first. Listen to our stories” said Stalin Konainao of campaign group 350’s Solomon Islands branch.

Konainao was just one of many who reiterated the need to include Pacific people in the conversation about climate change in the Pacific.

That in order to fully understand the impacts and implications of climate change in the Pacific, those that want to assist need to be in the Pacific, be with Pacific people, see what they are doing and see how strategies can be best adapted to their circumstances and realities.

He spoke about how the majority of external NGO projects in the Solomon Islands fail because of lack of consultation with local communities. Yet those which succeeded do so because they allow locals to act independently, or utilise traditional knowledge and resources, which do not necessarily comply with western notions of aid and assistance.

Koreti Tiumalu, the Pacific coordinator of 350.org reiterated this idea, highlighting the need to include Pacific values, community and faith groups in order to fully incorporate Pacific people in the climate conversation.

Many of those present at the Pacific climate change conference believe that in order to have tangible positive effects in the Pacific, action needs to also be happening in New Zealand.

In particular action needs to be done across the board at a local, regional and international level. SPREP chief Leota Kosi Latu said that this included encouraging Pacific countries to unanimously ratify the Paris Agreement, maintain our presence at the UN climate negotiations, including interim sessions, and support the implementation of national climate plans.

Billy Cava from 350.org New Caledonia said we each come from a different street, a different sphere of influence, therefore within these spheres each of us has the power to make a difference.

It is this difference that enables the mantra of the Pacific Climate Warriors to ring true: “We are not drowning. We are fighting”.