US president plans to channel billions into clean energy, resilience and climate aid – if the Republican-dominated Congress will let him 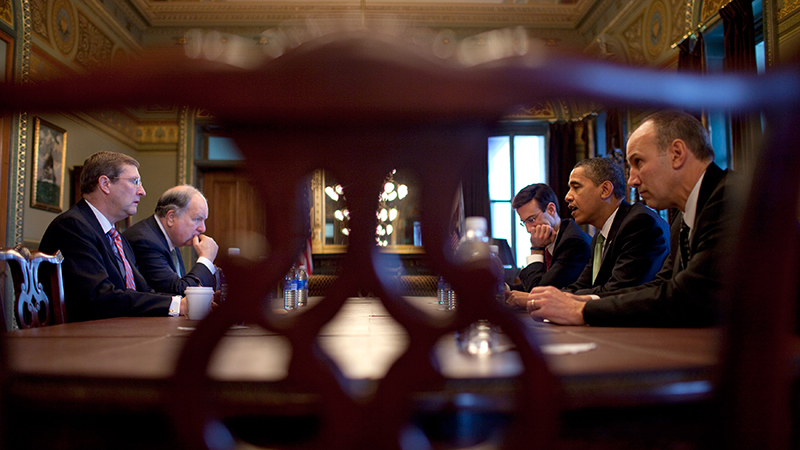 US President Barack Obama bid to build a “climate-smart economy” in his final budget sent to Congress on Tuesday.

Some proposals in the 182-page document have little chance of making it through the Republican-controlled chamber that holds the purse strings. A $10 oil fee per barrel of oil to fund clean transport landed with a thud last week.

But other climate initiatives will fare better. Congress can advance certain elements without approving the full package.

One is a pledge to scale up renewable energy research within five years.

“To speed our transition to an affordable, reliable, clean energy system, my Budget funds Mission Innovation, our landmark commitment to double clean energy research and development funding,” Obama wrote in the budget for fiscal year 2017.

The US seeks to boost cash to $12.8 billion in 2021, as part of a commitment by 20 major powers to make clean energy sources economic against fossil fuels.

Over three-quarters of the money will be wired to the Department of Energy. According to the budget and a White House factsheet, here’s where it’s headed:

$750m – Green Climate Fund. The US paid $500m of its contentious $3bn pledge to aid developing countries last year. Here’s the next chunk. A total $1.3 bn will go into international climate programmes.

$280m – EV Everywhere Initiative. This is to scale up plug-in electric vehicles. Obama aims for the US to be the first nation to produce cars affordable for an average family. December 2015 reportedly saw the greatest sales on record.

$512m – National Science Foundation. For research into conversion, storage and distribution of power sources. Making batteries juiced up by wind and solar last longer is a key aim.

$564m – To develop and deploy carbon capture and storage technology.

But will it stick?

Presidents have a record of securing their highest budget priorities, said Nigel Purvis, head of consultancy Climate Advisers and an insider in the Bill Clinton and George W Bush administrations.

“Even if that proves impossible this year, President Obama has helpfully started a national conversation about how to deliver the clean energy economy, which polls suggest the American people strongly favor,” he told Climate Home.

“A lot of Republicans believe that promoting energy-related R&D may be the only effective way to reduce greenhouse gas emissions.  If they believe that the funding will actually go to basic R&D and not just provide another subsidy for Obama’s political supporters, they may be inclined to go along.”

Then there’s the deficit.

It’s set to edge upwards from $439bn to $533bn to over 20% of GDP, damping bipartisan enthusiasm. That’s down from a huge $1.4trn in Obama’s first year, but a weaker economic outlook could make it $1.5 trn worse over the next decade, according to the Congressional Budget Office.

Holmstead added: “A lot of Republicans won’t support any new spending unless it is paid for by spending reductions somewhere else in the budget.”

Andrew Holland, a fellow at the American Security Project said the budget might not be as “transformative” as intended.

Speaking before the full results came out, he said funding for NASA and the Energy Department was welcome, but too much cash went into technology already funded by the private sector, such as solar and geothermal.

“If the President were serious about a truly transformative energy technology, he would announce a doubling or tripling of funding for fusion energy research along with this other research, as the rewards of fusion – clean, safe, secure, and unlimited energy – are far more transformative than incremental advances in something like batteries,” Holland said.