The iconography of global warming is stuck in a rut. New research can help get the climate story across visually 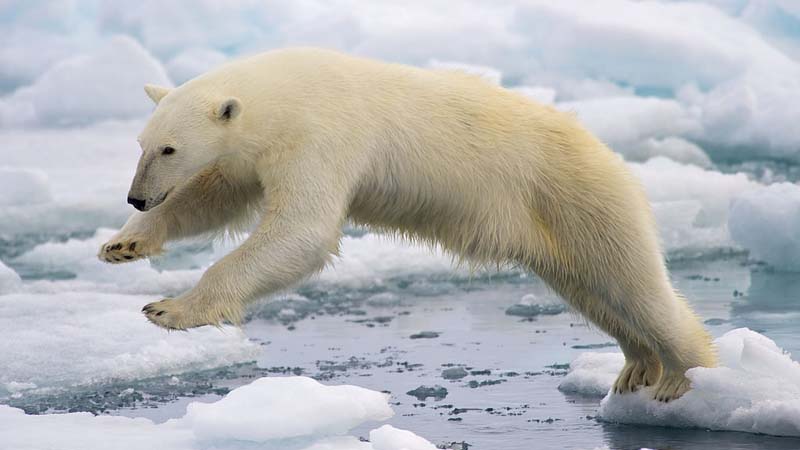 According to the old saying, a picture is worth a 1,000 words. If that’s true, then ranks of chimneys, melting glaciers, flooded towns, wind turbines, solar panels and polar bears are a big part of the climate change story we’re telling ourselves. All without knowing what they mean to the people that view them.

Back in the 1980s, green activists created the idea of associating climate change with images of polar bears. It was a clever move; research shows that we’re more likely to respond to pictures of one or two affected individuals in trouble than a crowd – the so-called ‘identifiable victim’ effect – and polar bears tend to be photographed singly or in pairs. We instinctively respond to their plight on the melting ice.

But a few decades later, the polar bear picture is a cliche, and the iconography of climate change feels stuck. Day by day journalists, activists, bloggers and educators face the problem of how to communicate climate change visually, with little practical help available. The difficulty of the choice reflect the tensions in climate change communication as a whole – an issue many perceive as intangible and abstract, simultaneously frightening and far away.

The answer lies in telling people-centred stories honestly, and pairing ‘impacts’ imagery with clear solutions, according to a new report. Climate Outreach’s research – which I helped to run – included focus groups and on online survey of 3,000 people in the UK, US and Germany. All investigated people’s responses to different images of climate change. Its report, launched today, is accompanied by a new website www.climate visuals.org, containing galleries of images designed to be of use to climate communicators.

Some of the findings are not surprising. Participants in both the focus groups and the online survey responded more strongly to images that contained people – particularly if there was only one or two individuals and especially if they were looking straight at the camera. This is consistent with what we already know about how we respond to photographs. We engage with people’s faces and are biologically programmed to try and work out what they’re thinking.

Where people were not shown, some participants even requested their presence, with one remarking: “I want scientists as well and guys in white coats, dead serious experts in their field staring you in the face, going ‘get it together man’. That’s the sort of thing that motivates me.” 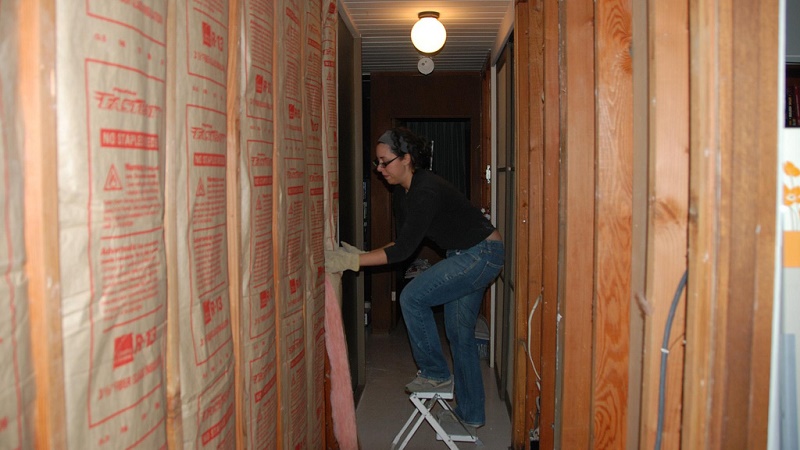 But other results were more unexpected. In the discussion groups, by far the strongest factor guiding judgement of the image was not whether people were there, but how authentic the image was perceived to be.

Many participants in the focus groups disliked – and mocked – photos that appeared to be staged. For example, a clearly posed image of a man installing draught excluders while watched by a smiling family prompted the dry comment “I think that family needs to get out a little more,” to general laughter. In contrast, a fairly mundane image of a man rolling out roof insulation was well received because “it looks like real work is going on”.

Two decades after Tony Blair brought political spin doctors to prominence, and in a society that bombards people with advertising, the participants in our focus groups were wary of being ‘taken in’. Credibility was all – and photos of posed politicians were the most negatively received of all.

But they were ready to be moved if they thought what was shown was genuine. Of all the photos we showed people, the ‘impacts’ photos – of flooding, droughts or devastation – were the most likely to prompt some kind of action. Respondents to the online survey said they would be willing to share the image, or change their own behaviour after viewing it. Perhaps compassion for others is a factor after all? 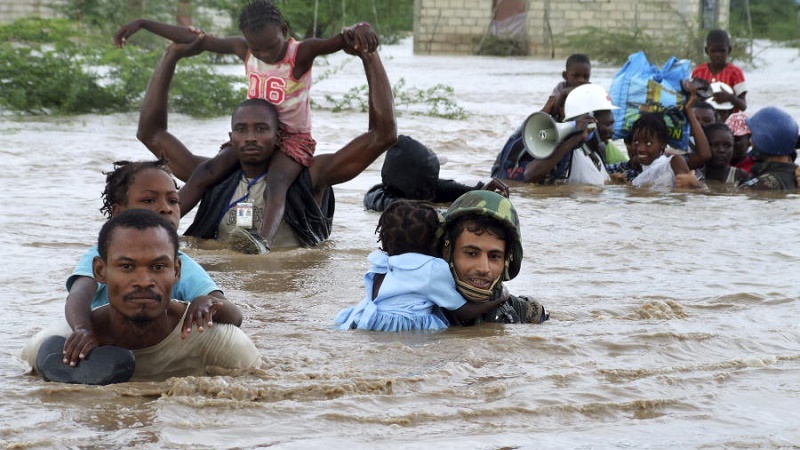 Children being rescued from floodwaters in the aftermath of Hurricane Ike, Haiti 2008 (UN Photo/Marco Dormino)

This gets into a knotty area in the research. According to some previous work, dramatic images of the impact of climate change  – often in far away countries – prompt a strong emotional response in people, but they don’t necessarily result in the willingness to do anything. Rather, they may be overwhelming, prompting a hopeless feeling and a sensation of distance.

We saw this tension play out in the discussion groups. One participant commented that they felt “emotionally abused” by an image – “I just feel like, I want to go away, I don’t want to be confronted with that”. Others were moved, but struggled with what exactly they should do in response. Should they go and get a flight to the Phillipines and help clear up? Donate to the right sort of organisation? Help to fish someone out of the water?

This reaction suggests it makes sense to give people presented with distressing imagery some with concrete options on how to respond – or pair the images with more ‘solutions’ focused photos. This approach may help people take in the idea of severe climate change impacts, whilst giving them somewhere to go with the response. 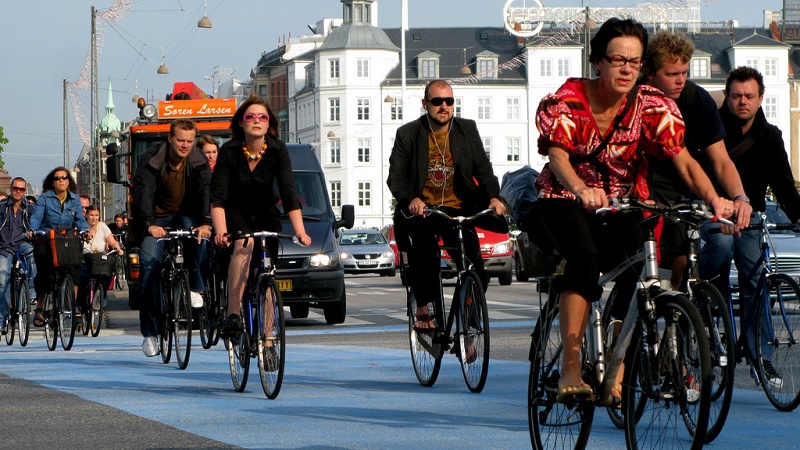 The people we spoke to read stories into the images they viewed, and judged them according to the narratives they produced. Images that produced rich stories, with several layers of information that didn’t conflict with each other and explicitly pointed to climate change, tended to prompt more powerful reactions. Images that appeared in some way hypocritical, inauthentic or confusing worked less well.

This included judgement of campaigners at protests. An image of a protestor with his face painted blue was universally loathed. He was viewed as a hypocrite “probably someone who used the the same face paint to paint himself at Glastonbury this weekend”. Activists should beware – use protest imagery with care.

Robin Webster is a freelance environmental researcher and writer