Next 12 months will see China roll out a 5-year plan, UN maritime & aviation agencies discuss climate policies and a new president elected to the White House 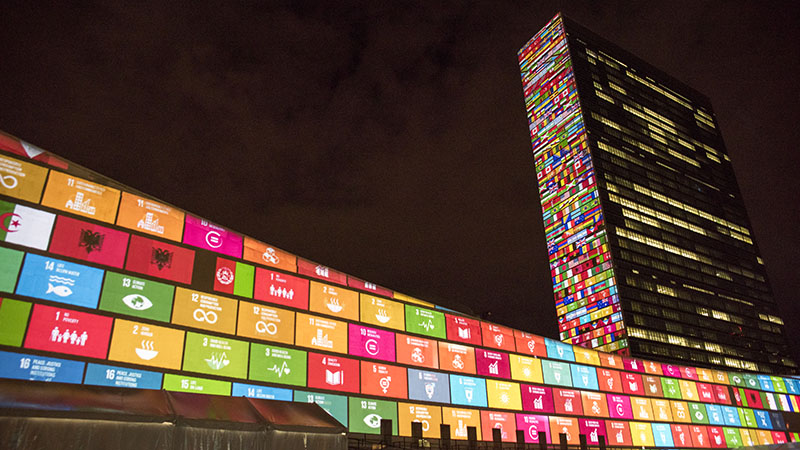 Massive scale projections depict the 17 sustainable development goals agreed in 2015, and due to be rolled out from 2016 (Pic: Cia Pak/UN Photo)

1: UN delivers new GHG analysis based on all national climate plans submitted in 2015