US to double climate adaptation finance by 2020 – Kerry

Secretary of state announces funds to protect world’s poor from global warming impacts will rise to $800 million, as part of ‘high ambition coalition’ at COP21 negotiations 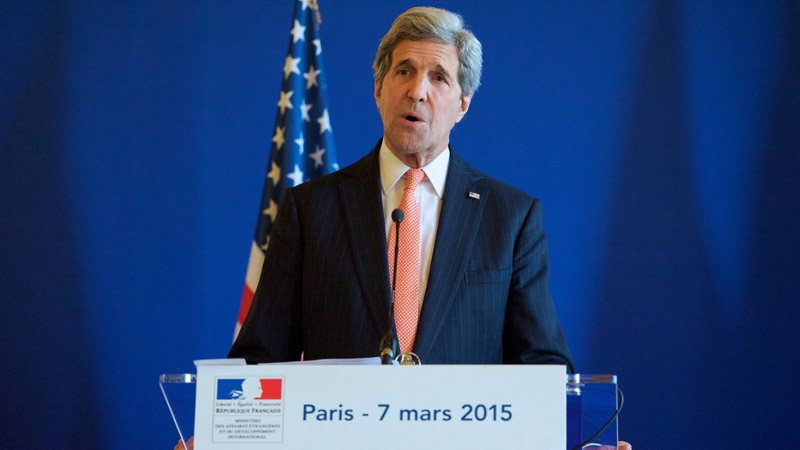 The US has made a play to unblock global climate talks in Paris with an offer of US$800 million to some of the world’s poorest nations for coping with extreme weather.

Public grant-based finance would be doubled by 2020 said secretary of state John Kerry, just over 48 hours before a new deal is primed to be agreed.

In a passionate speech that emphasised his personal commitment to tackling climate change, Kerry cited the 2014 US-China climate pact as evidence roadblocks to a deal were falling.

“We have reached a critical moment, we are seeing momentum that has never before existed,” he said.

And in a sign of how fast these talks are evolving, Kerry said the US was aligning itself with a new 100-strong group including countries from the EU, Africa and Asia.

“We are part of what we are calling the high ambition coalition, a group of countries committed that the agreement is truly ambitious.”

The group is pushing for a ‘science based’ long term climate goal and regular reviews.

In a chunk on the private sector, Kerry said the $100 billion of climate finance for poorer nations would be met, but was just “one piece of a pie”.

The US has already pledged $3 billion to the Green Climate Fund, a move fiercely opposed by Republicans in Congress.

Trillions would be needed by 2050 he said, citing the role of India’s recently announced solar alliance and shifting private sector investments to further global progress in this sector.

“Our aim can be nothing less than a steady transition of the world economy.”

“It has to be an agreement that gets stronger over time… we came to Paris not to build a ceiling but a floor.”

Over time this would mean all countries reviewing and strengthening their targets, he added.

“Our task is clear, our moment is now, let’s get this job done.”