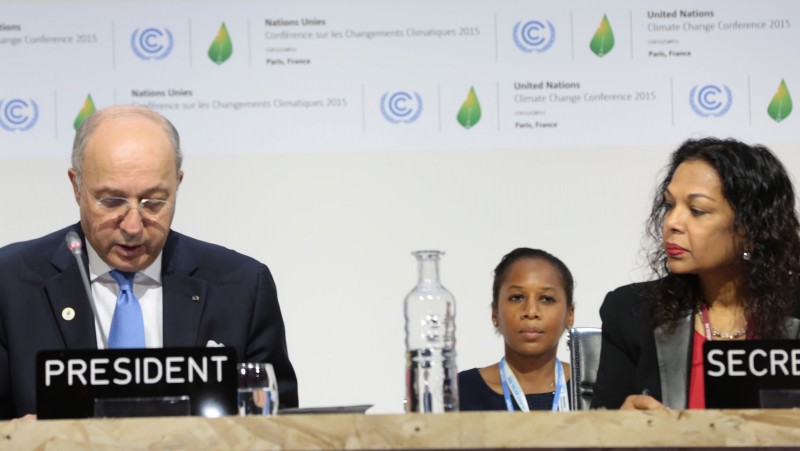 A new draft for a global climate change agreement will be released at 1pm on Wednesday, said France foreign minister and president of the COP21 talks Laurent Fabius.

“I hope we have a document to take us to the final stage,” said Fabius, who indicated the new iteration will take account of of series of meetings and reviews that have taken place in the past week.

Consultations have taken place throughout Monday and Tuesday with nearly 200 countries at the Paris summit.

Leading country blocs offered their full backing to the announcement. “You have our support for the process you have suggested,” said EU negotiator Carole Dieschbourg.

“We want to commend you on the management of process and open and transparent consultations,” said Edna Molewa, South Africa’s environment minister, speaking for the G77 and China group.

Earlier on Tuesday the EU and a coalition of 79 states from the Pacific, Africa and the Caribbean released a statement outlining their “shared goal” for the talks.

The EU move is seen by some observers as a response to claims it has lacked leadership in the past week and a half.

India, China and other major emerging economies are known to oppose some of the items agreed between Brussels and its developing country allies.

EU deal: Key asks
-Agreement must be legally binding, inclusive, fair, ambitious, durable and dynamic
-Must set out a clear and operational long-term goal which is in line with science
-Must establish a review mechanism for countries to come together every five years to consider progress made and enhance collective and individual efforts as appropriate
-Must include a transparency and accountability system to track progress on  the delivery of national commitments and the sharing of best practice