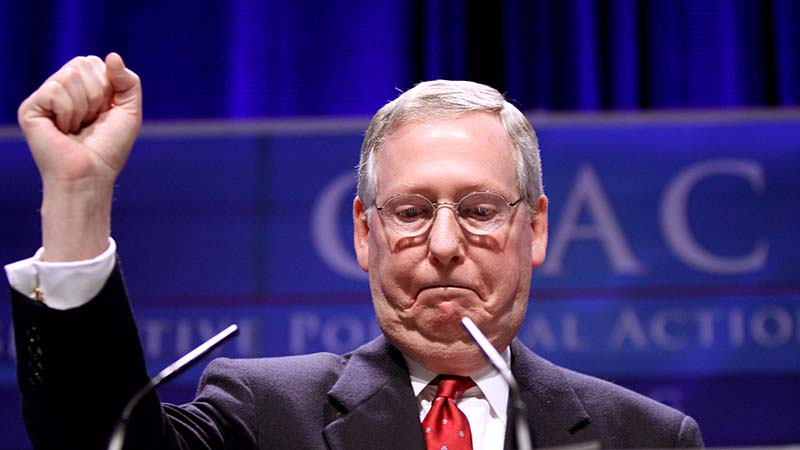 Leading Democrat senators say a Republican-led drive to thwart President Obama’s centrepiece climate policy is mainly symbolic and a stunt to erode the administration’s leadership before the Paris climate talks.

Twin resolutions to repeal the Clean Power Plan, which targets carbon pollution cuts from coal-fired power plants, were both passed on Tuesday evening by 52-46 on the Senate floor. Two Democrats backed the vote.

The White House said repealing the plan would stall progress on cleaner energy and public health with benefits worth up to $54 billion a year by 2030. Obama will veto the decision.

“I think they’re trying to create confusion and uncertainty before the international climate agreement is finalized, and it’s not going to work,” said Democratic Senator Brian Schatz of Hawaii in remarks reported by the Washington Post.

Report: What does the US clean power plan mean for coal?

“Today’s vote to block the Clean Power Plan is a stark reminder that instead of worrying about the future of our planet, Republicans are more concerned with their campaign contributions,” he said.

Republican hostility to strong environmental rules is well-known, with several leading figures rejecting that human activity is warming the planet.

Senate majority leader Mitch McConnell who sponsored a resolution to repeal a rule concerning emissions from new plants called Obama’s policy “deeply regressive”, which would kill jobs and affect the poor, particularly in his coal-reliant state of Kentucky

“This was the right thing to do for Middle-Class Kentuckians and Middle-Class Americans who’ve suffered enough under this Administration,” he said in a statement.

Green groups criticised Republicans for trying to unpick the Clean Power Plan, which in August announced plans to cut emissions from power plants by 32% from 2005 levels by 2030.

Republicans have already managed to hold up billions of dollars pledged to a new UN-backed Green Fund aimed at helping developing countries invest in clean energy and prepare for future climate impacts.

Last week secretary of state John Kerry said he was confident the funds would be released – but admitted it would be a struggle.

“We’ll get there, because the trade-offs of the budget are such that when something is a high enough priority for a president, you have a way of getting it done, even though it’s opposed by people,” he said.

“If the president is prepared to veto the budget because it hasn’t included it, you can usually find some money.”

The UN’s COP21 climate change conference begins in Paris on November 30 where a new global warming accord is expected to be signed.