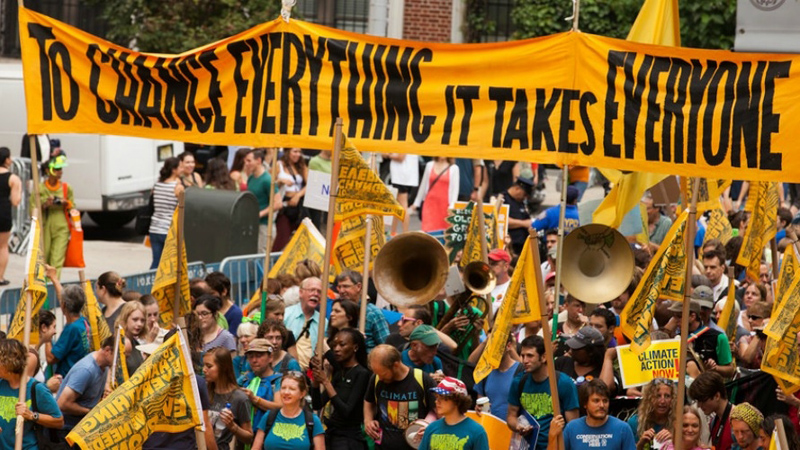 Climate activists say they are disappointed after the French government banned two planned climate marches in Paris due to the ongoing security threat.

On Wednesday officials said the only allowed demonstrations would be those within the confines of the COP21 UN climate summit or other areas where they could guarantee security.

“The situation created by the odious attacks of 13 November and the investigations that have since been carried out do, however, require enhanced security measures. As such, all events organized in enclosed, easily secured spaces will take place,” read a statement sent to media.

“However, in order to avoid any additional risk, the Government has decided not to authorize the climate marches planned on public roads in Paris and other French cities on 29 November and 12 December.”

The foreign ministry statement added civil society “should fulfil its full role” at the summit, and stressed its decision did not “undermine the need” for the full participation from green groups at the talks.

Organisers had hoped 200,000 people could parade through the French capital the day before the 2015 UN climate talks kick off.

But authorities decided to scale back all public gatherings in the wake of terror attacks last Friday that killed 129 people.

Green groups said they understood the government’s reasons but expressed frustration that they would not be able to show their support for an ambitious deal to reduce greenhouse gas emissions, set to be agreed at the end of the summit.

“We realize the gravity of the situation, but now  more than ever, we need to find creative ideas to call on people to unite around climate action,” said Juliette Rousseau, coordinator of the Coalition Climat 21, the network of NGOS coordinating the marches.

Nicolas Haeringer, a campaigner with the 350 group, said it will “still find a way for people in Paris to make the call for climate justice heard”.

“The government can prohibit these demonstrations, but it can not stop the mobilization and it won’t prevent us strengthening the climate movement.”

“We call on people across the world to join in and march for us in solidarity, to express our demands and echo our voices,” said Alix Mazounie, international policy coordinator for another green group, RAC France.