G20: 8 reasons why this weekend’s summit is climate critical

The G20 never used to be a big moment in the climate calendar. But times have changed. What’s decided in Antalya will have ramifications for Paris 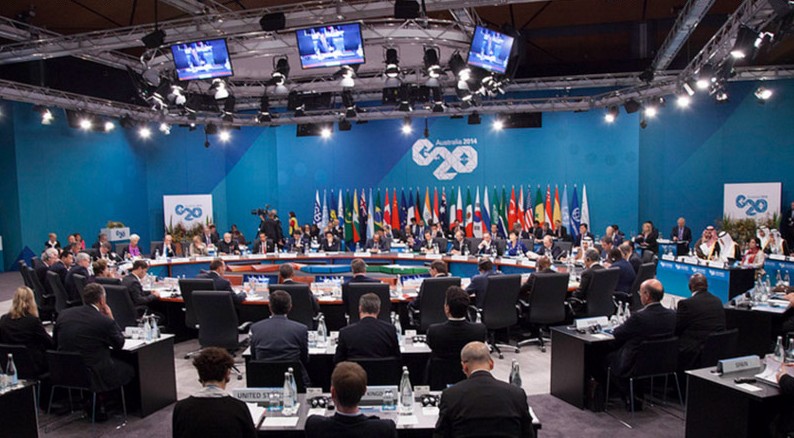 1 – Climate is a mainstream economic risk.

The G20 is the forum for major economies to agree to undertake international and domestic reforms to manage global economic risks. Following increased engagement by the World Bank and IMF, Mark Carney’s recent speech as the Governor of the Bank of England highlighted the threat climate change poses to the global economy: from the risk of stranded fossil assets to insuring against impacts of disruptive climate change. Getting the G20 to discuss what kind of regime Paris needs to set up shows we’re starting to take the risks of climate change seriously – and that this ‘we’ now extends to decision makers in the real economy.

2 – Make clear where the action has to happen.

Leaders at the G20 can outline and affirm that Paris must send clear signals to shift the real-economy off fossil fuels and on to clean energy. This is about getting Paris outside of the negotiating halls, and making sure the agreement signed in a month has resonance in the outside world. This is essential if Paris is to drive the transformational change needed to avoid dangerous climate change

Creating the right ‘surround sound’ ahead of Paris is crucial. Leaders gathering at the G20 will have an international platform to amplify the positive sounds that came out of Ban Ki-moon’s climate lunch for leaders last month. We need leaders to be talking about Paris as a turning point, which can send a loud and clear signal to citizens and the private sector that the decarbonisation of the global economy is inevitable, beneficial, and already underway.

We need recognition that without a strong agreement in Paris, governments’ development goals will not be deliverable. And we need leaders to personally commit to driving more ambition during and beyond Paris, recognising that we’re not aiming for a one-off deal but an enduring regime designed to close the ambition gap.

Momentum has been building throughout the year for Paris to agree a clear long-term goal that translates the ‘2C obligation’ into a clear signal to get the economy off fossil fuels. While the G7, businesses and cities have come out in support of global decarbonisation, it’s a big ask to get global agreement on.

Given the hotch-potch of countries making up the G20 (including oil-producing nations and those in major economic transition) narrowly focusing on wordsmithing an acceptable formulation between G20 members could lock out a more ambitious outcome in Paris, where we’ll have a much wider range of voices including those most vulnerable to climate impacts.

Instead, the G20 offers a space for leaders to engage in a rich and wide-ranging conversation about how to operationalise the 2C obligation, test language and find new champions for strong options.

Brazil, South Africa and Mexico are the ones to watch, who could use the G20 as a platform to show investors they mean business. President Xi Jinping has shown he cares about Paris building an enduring regime that ups ambition every 5 years, but he is the only emerging economy leader to do so consistently.

President Dilma Rousseff has already shown Brazilian support for global decarbonisation in a joint statement with Germany, while South Africa and Mexico both have domestic long-term goals as part of their national climate plans.

These countries can play a key role empowering more progressive discussions on the long-term goal and ratchet mechanism at COP21 – but their reach goes far beyond the negotiations. If the outcome of Paris is going to persuade the outside world that this is a global transition, we’ll need these heavyweight leaders from emerging economies to visibly call for Paris to set up a robust, forward-facing regime.

After years in the climate diplomacy wilderness, we’ll be looking for the newly elected Canadian government to jump on board with progressive leaders calling for an ambitious regime in Paris.

Combined with Tony Abbott’s defeat in Australia and the activism of the US on a decarbonisation goal, a strong statement from Canada this weekend could tip the balance in the negotiations, ensuring leaders outweigh the laggards.

7 – Coal is NOT a solution… But energy efficiency is, so take it seriously!

Civil society mobilisation around the G20 has focused on calling out Turkey’s outdated plans to use coal to power its development. Building on momentum for Paris to signal the end of the fossil fuel era, campaigners won a significant victory last month when Engie, partly owned by the French state, announced it was stopping all new coal investments, halting projects planned in Turkey.

On the more positive note, a broad coalition of businesses and NGOs have called for the G20 to designate energy efficiency as an infrastructure priority. This would unlock investment to move us beyond the ‘Big Pipelines Save All’ mantra, delivering the benefits of warm homes, energy security, and lower carbon emissions.

Yes, it’s a broken record, but to stay on track we need leaders to appreciate that Paris is not an end point. Even a strong agreement will not be ‘job done’ for tackling climate change – we’ve got all the fun of implementing that transition off fossil fuels to come.

One key to sustain momentum is for this year’s G20 to establish a clear work programme to land discussions on ‘shifting the trillions’ through the Chinese G20 Presidency in 2016.

As China recently announced it will shift some of its own domestic and international finance away from fossil fuels, it is well-placed to convene high-level discussions next year that can spur on global efforts to reorient broader financial flows to be climate-compatible.