John Ashton: Our weapon against fracking is the love of our land 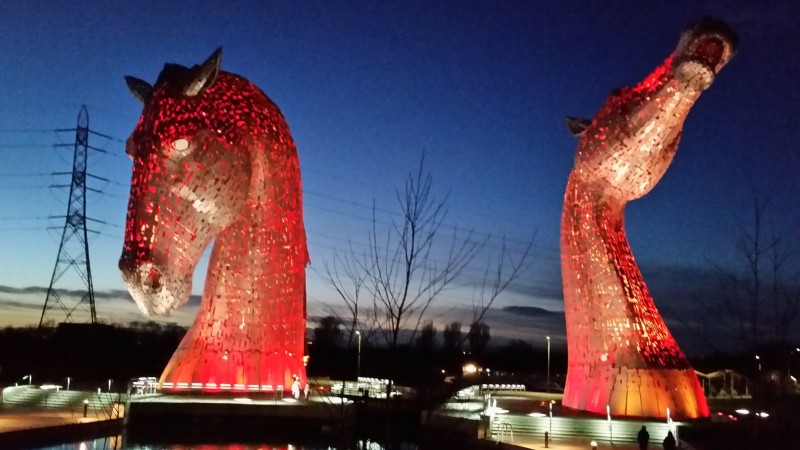 “The Kelpies are going to get Algy Cluff and Jim Ratcliffe if they are not careful. They are the spirits of our land and they will smite our enemies.” (Pic: Photography by Michel/Flickr)

Believe it or not, and I know it’s hard to believe, in Westminster, in Whitehall, in the City of London, there are people who say – there really are – they say: we’ve just got to drill.

But then they say: not everybody in the UK needs to have dirty energy on their doorstep. They say: here in the leafy, crowded south of England, our hills are too green, our views are too beautiful, our lives are too precious, to be contaminated by the dirty energy that we nevertheless need in the UK.

So they say: the North is the place. So let’s frack the life out of the Central Belt of Scotland, and out of Lancashire, and out of North Yorkshire, and across the North of England, and Wales, and Northern Ireland.

I say to them: shame.

And the Kelpies, have you seen the Kelpies in Falkirk? You don’t put up statues like that if you don’t love your land. The Kelpies are going to get Algy Cluff and Jim Ratcliffe if they are not careful. They are the spirits of our land and they will smite our enemies.

Our people are beautiful beyond compare. And their lives are precious. And they do love their land. That’s the news I’m going to take back to London.

Our war, our struggle is not a new struggle.

This struggle is as old as history itself. Because, when you don’t learn the lessons of history, you end up in the same struggle again and again.

And in the seventeenth and eighteenth centuries there was a struggle up and down our country, when landowners closed off the land, they took the common land from the people, and they said: let us close it off, and we will farm it with the most modern and efficient methods of technology and economics. And by doing that we will get more wealth off the land and we will all be wealthier.

And I’m afraid the greater villains are still around today. They closed off the land, they stole the land from the people, they farmed it, they made themselves more wealthy, but they didn’t make the  people wealthy.

And as you say Sir, in the Highlands of Scotland we had the Clearances.

The landowners said: we’ll make your lives better, just as they were ruining their lives. And they enriched themselves from the wool of the Cheviot sheep, and they forgot about the people, their own people, people who had trusted them, people who loved the land they lived on, people they were now kicking off their land.

Because we have the most powerful weapon of all, and we saw it on the bridge just now.

Our weapon, our strength in this struggle, is love. Our weapon is our love of our land and our love of each other.

Algy Cluff says this, in his report, his Chairman and Chief Executive’s statement to shareholders of Cluff Natural Resources of 25 August 2015, and I quote (as they say in Parliament): “Planning for approvals for energy-related projects should be vested in the control of the central government”.

What that means is: central government should force dirty energy down the throats of the people without the people having a say: no local planning process.

Has anybody here heard of a man called Jim Ratcliffe? One or two of you I can see.

Jim Ratcliffe didn’t like it when the government said he had to pay his VAT bill, just like you and I all pay our VAT. He didn’t like that at all. So he said I’m going off to live on my yacht in the Caribbean, and my house in Switzerland.

Jim Ratcliffe is coming back, and he wants to frack you.

Do we want Jim Ratcliffe’s carrots? Do we want those carrots? Carrots are for donkeys. I think that’s a bit unkind to donkeys actually.

Friends, there’s another Scotland, and another England and Wales and Northern Ireland.

It’s a better Scotland and England and Wales and Northern Ireland. Because it’s a place we will build together.

Burns is your Scottish poet. He’s your poet, but his poetry, his wonderful poetry, belongs to all of us.

The golden age, we’ll then revive, each man will be a brother
In harmony we all shall live and share the earth together,
In virtue trained, enlightened youth shall love each fellow creature,
And time shall surely prove the truth that man is good by nature.

John Ashton was the UK’s Special Representative for Climate Change between 2006 – 2012. This is an excerpt of a speech he gave at a public rally and joining of hands across the Forth Bridge against unconventional gas extraction in the Forth Estuary and Forth Valley, on 11 October 2015. Read the full version here.