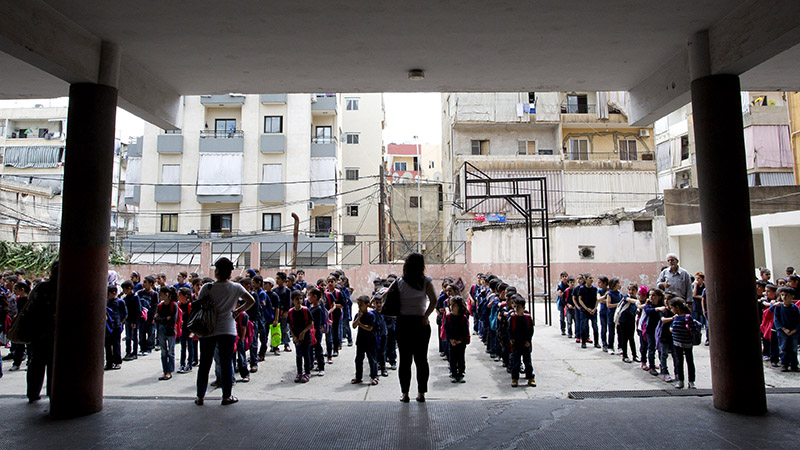 The disintegration of Syria has hit neighbouring Lebanon hard – but it still turned in its climate plan on time.

The tiny Mediterranean country has absorbed over 1.1 million registered refugees in two years, swelling its population by 30%.

That has placed extreme strain on its stretched resources and capacity to curb greenhouse gas emissions, the government said on Wednesday.

According to its submission a day before a UN deadline, the refugee surge over that period has increased demand for water by 12%, road traffic is 5% higher, while its power needs have jumped 10%.

Meanwhile, electricity purchased from Syria has been cut off – dropping 88%.

“This demand can currently only be met through private generators, leading to additional carbon emission and air pollutants,” read its UN communication.

“This additional pressure poses a risk factor for Lebanon in its strive to achieve economic growth, and build a climate resilient economy.”

National plans form the backbone of a new climate agreement set to be adopted in December at a Paris summit.

In spite of present difficulties, arid Lebanon has set out a greener vision, in light of predicted warming for the region of up to 5C by 2090.

Emissions will fall at least 15% by 2030 from business-as-usual projections of emissions growth.

It sees a shake-up of its power sector as infrastructure is built and it switches from gas-fired power plants. Renewable energy will supply 15% of power and heat demand, and energy consumption will fall 3%.

The headline target could rise to 30% with support from the international community.

But the country admits its public finances for capital investments are limited. Its debt-to-GDP ratio stands at 134%, the fourth-highest of 188 countries, while the government is running a budget deficit of 7.1% of national income.

In spite of regional destabilisation, which has taken its toll on tourism and investment, its economy is set to register its best growth rate since 2010. Lebanon could expand 2.5% in 2015, the World Bank forecasts.