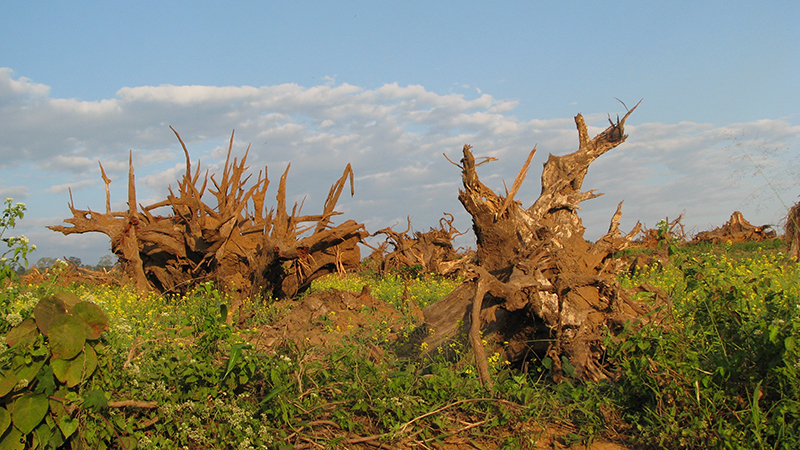 India is to put forests at the centre of its plans to mitigate the worst effects of climate change by encouraging more “green cover” and reducing the carbon intensity of its development.

India comes behind China and the United States in the most polluting countries’ list and defends its record by saying that emissions per capita are far below most developed countries’, and its priority is still to lift millions of citizens out of poverty.

However, the country has 13 of the 20 most-polluted cities on the planet, according to theWorld Health Organisation, and for that reason alone it needs to cut down on fossil fuel use.

The government is expected to announce its long-awaited national plan to reduce emissions ahead of the 1 October deadline set by the United Nations.

These plans, known in UN jargon as Intended Nationally Determined Contributions (INDCs), must be produced by all countries so that scientists can assess whether their sum total is enough to keep the world from overheating by 2°C – the limit agreed by politicians to prevent dangerous climate change.

Promising a “new prescription” from India to reduce greenhouse gases, Prakash Javadekar, India’s minister for environment, forests and climate change, said the country’s plans would go ahead whatever the outcome of the UN’s climate talks.

He expressed disappointment that the recent preparatory talks in Bonn had not made more progress ahead of the summit in Paris in December which is designed to produce an international agreement to reduce world emissions beyond 2020.

He said: “We want to clean our air, our water, our environment, so we are addressing a challenge which takes care of our climate change mitigation and adaptation measures as well.

“India has already started reducing emission intensity, reducing the energy intensity of development, increasing energy efficiency and also increasing the forest cover (to take more carbon out of the atmosphere). We are also having more renewables.”

One of the important subsidiary agreements on the agenda of the climate talks is about preserving the world’s forests, and India is putting great emphasis on this. Called REDD+(Reducing Emissions from Deforestation and Forest Degradation), it allows for replanting existing forests and preserving them from logging to be counted as part of a country’s efforts to reduce its emissions.

“I have a definite plan for the next 15 years. The forest quality will improve. We will improve it with people’s participation, with innovation, with technology, with many things.”

Despite his enthusiasm and promise of public participation, environment groups are suspicious of the proposed guidelines from the environment ministry (MoEF) stipulating that 40 % of “identified” degraded forests could be leased to private companies for plantations.

Pravin Mote and Debjit Nandi of the All India Forum of Forest Movements (AIFFM) claimed the “ambitious corporatised plantation programme” will be used to greenwash India’s emphasis on coal mining and the continuing use of coal as the primary source of electricity.

“The proposed private plantations can also be used in the dubious game of domestic carbon trading. This will feature as a REDD+ activity because it will help restock the depleting carbon stores in degraded forests.

“But in reality, the plantations will disempower and dispossess people, not only through land grab but also by promoting new mining throughout our forests,” the Forum said in a statement.

India has undertaken to reduce its emission intensity by 20-25% by 2020 compared with 15 years ago. In December 2014 it launched its ambitious solar power programme which aims to provide 100 GW by 2022. It also has plans to harness other renewables, including wind.

Javadekar claimed not a single country had asked when India’s emissions would peak, although China is committed to 2030 and with the US has agreed that both will converge at 14 tons of CO2 per capita.

He said India would not have reached even two tonnes per capita by 2030, and emissions per head would always be less than the average in the developed world, which needed to do more on finance and technology for the poorer countries.

But environmental activists claim that India can always do much more. “Without disturbing its developmental interests, India can always increase its emission trajectory and maintain its leadership position for the developing countries,” said Ajay K. Jha, coordinator of the country ‘s Beyond Copenhagen Collective.

And a new study, Assessing the missed benefits of countries’ national contributions, by the New Climate Institute, says that with an increased emission reduction target India can save much more on fossil fuel, cut premature deaths caused by pollution,  and create green jobs.

Sanjay Vashist, director of Climate Action Network South Asia (CANSA), said: “If India is supported by rich countries to act in line with its full potential, then it can continue to build on its emerging plan to secure a sustainable development pathway for the country that lifts its most vulnerable out of poverty.”