Tea and biscuits: US makes soft power play on climate 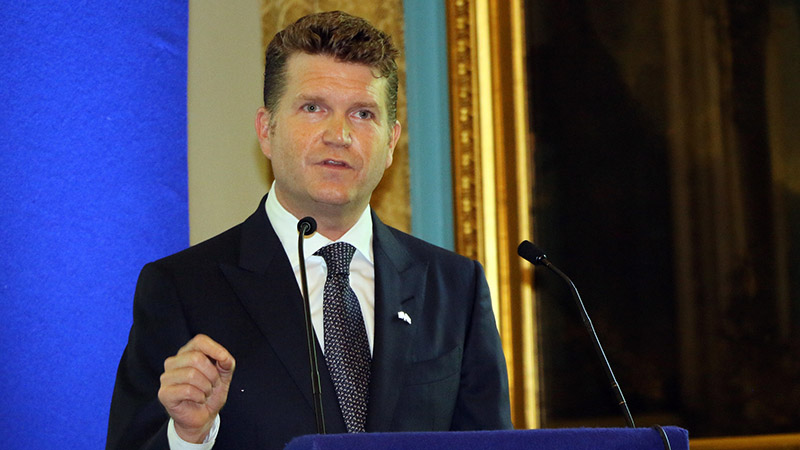 The US is deploying every part of its diplomatic machine to emphasise its commitment to a global climate deal, and that includes Matthew Barzun, the country’s ambassador to the UK.

A selection of reporters, lobbyists and campaigners were invited to a private meeting last Wednesday with Barzun, a trusted advisor and campaign fundraiser for US president Barack Obama.

The purpose of the event – tea and biscuits at official residence Winfield House – was left vague. Targeted through twitter, invitees were described as “online advocates”, apparently chosen for their social media reach. 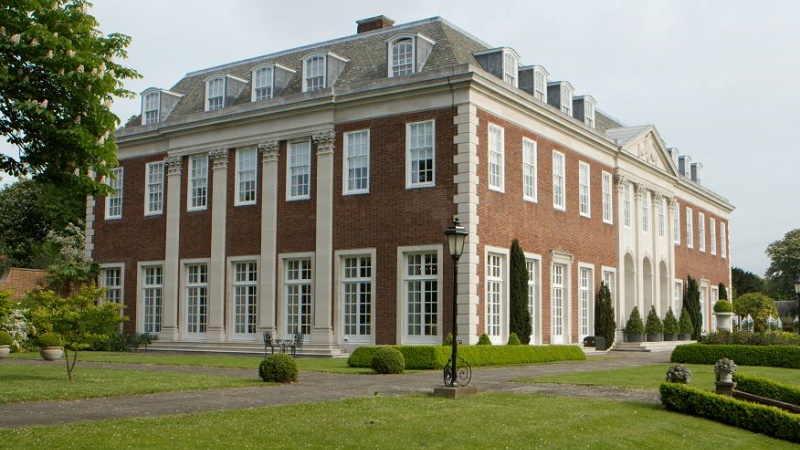 It was an impressive setting. Winfield House is a mansion in the centre of London, its garden second in size only to the Queen’s. So an official said – and Wikipedia corroborated.

Outside the front was a basketball hoop – handy for a visit from the president – and a miniature skateboarding ramp. At the back were downsized football goalposts for the ambassador’s three children.

Carefully curated works by American and British contemporary artists sat alongside oil paintings of US presidents.

In a corner of the central reception room stood Barzun’s vinyl collection, neatly labelled and sorted into three categories: US, UK and UN. 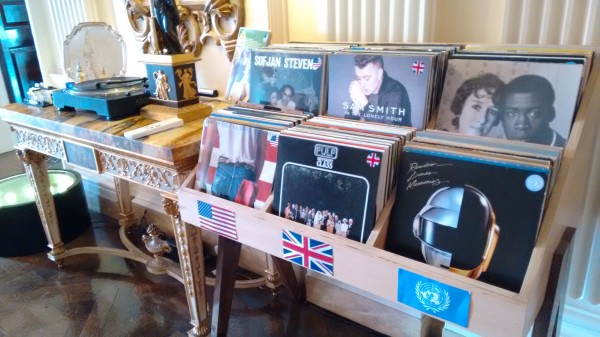 After several rainy days, it was a bright Wednesday morning, the lawn a lush green. There was coffee and mingling; selfies on the terrace.

Then we were ushered into a yellow-furnished room, to sit in a circle and talk.

This was part of the embassy’s “digital dialogue” programme – hence the twitter invites. A previous session addressed science, technology, engineering and mathematics.

But the content was curiously incidental. Aside from a single page briefing note, there was no particular attempt to push the US climate agenda.

Rather, it seemed to be about establishing communications channels. Soft power at its softest.

Like any good diplomat, Barzun had a stock of fun facts, starting with the inventor of the incandescent lightbulb: the British Joseph Swan beat America’s Thomas Edison to it, he admitted – although the latter was quicker to patent and market the device.

Then he moved into an unlikely line of research: famous citizens of Hull, a city in the north of England. Did you know John Venn, inventor of the Venn diagram, hails from Hull? Now you do.

You may have heard of the Chatham House rule. Here, Barzun invented the “Winfield House rule”, encouraging everyone to share the experience – but to check before quoting individuals.

Ironically, everyone seemed to be too absorbed in the conversation to tweet it.

Ed Heartney, an environment official at the embassy, had a minor grumble that recent US efforts on that front have not sunk in with the British public. They still tend to judge the US on its refusal to ratify the Kyoto Protocol, he said.

Most of the session, though was about listening. Each participant was invited to air one frustration and one hope.

While most were known to each other by their twitter avatars, at least, it was a novelty to meet and vent in person. 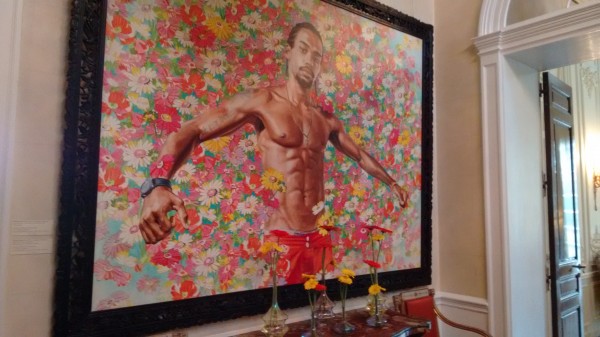 Unsurprisingly, the UK government’s recent bonfire of climate-friendly policies came up, to grimaces all round.

The EU received something of a bashing, for ceding the initiative on climate diplomacy to the US.

As for the US itself, some of the weaknesses in Obama’s climate strategy cropped up: controversial Arctic oil drilling and problems of getting climate finance through Congress.

Given the format, Barzun was not called on to defend the plans as such. It was a collaborative rather than combative set-up – unlike the UN climate talks taking place the same week in Bonn.

For the journalists and communicators in the room, the main concern was apathy. How can you make an often distant and abstract-seeming problem compelling to the general public? “This is a hard story to tell,” said one reporter.

For others, the main problem was taking on vested interests in the policy and financial spheres, which outgun fledgling low carbon industries.

“When the incumbents start to take you seriously, they will come after you aggressively,” said Anthony Hobley, head of the Carbon Tracker Initative.

He drew a parallel with the “red flag laws” passed in the US and UK when automobiles first came in.

Under the pretext of safety, drivers were made to employ a pedestrian to walk ahead of the vehicle waving a red flag – a measure demanded by the railway lobby, according to Hobley. 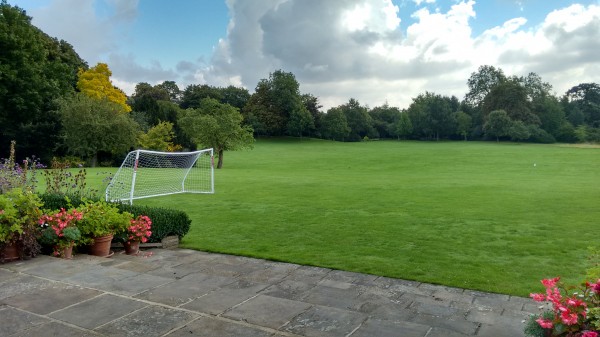 There was some warm debate over the best way to tackle the issues.

At one point, someone inevitably compared the economic shift required to the end of slavery, giving Barzun an opening for another fun fact.

“Do you know where William Wilberforce is from? Hull!” he declared triumphantly.

It defused the tension momentarily, before people got back to arguing over solar subsidies.

For all the obstacles, the mood was reasonably optimistic. Participants cited the national pledges towards a global climate deal in Paris this December, which though inadequate are unprecedented in scope.

A clean technology revolution is under way – it’s just a question of pace – while interventions like the Pope’s were hailed as a boon for public engagement.

Seb Henbest of Bloomberg New Energy Finance saw the main problem as tribalism, with some segments of society hostile to the climate agenda.

How was the US embassy in London going to help win that argument? And would it help the country ditch its tag as a serial UN climate talks blocker? This round table had spread some good vibes, but the rest remained to be seen.