Heavy polluters must deliver at UN climate talks in Bonn 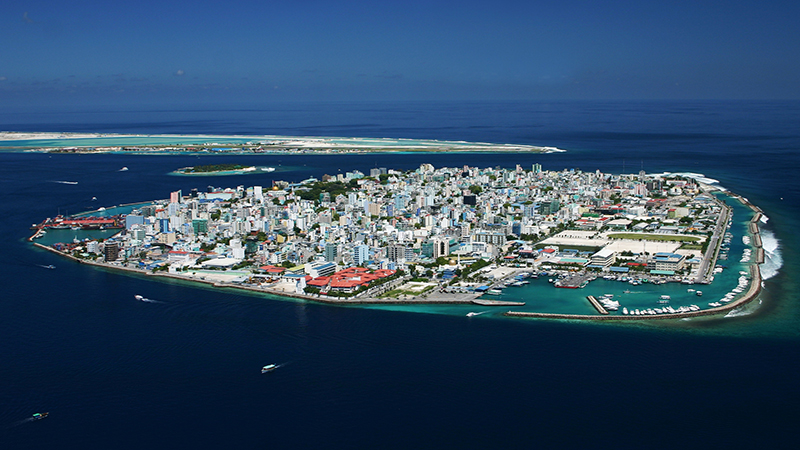 Heat waves and an extended drought in the United States in 2013 caused 53 deaths and $11 billion in losses.

Scientists have always pointed towards climate change for the accelerated rise in global temperature and the need for reducing carbon dioxide to reverse the trend.

Yet political leaders are still resistant to take bold measures.

Recent signals coming from Washington and Beijing are encouraging, but similar signals should come from other larger emitting countries as well.

And signals need to be translated into meaningful policy changes with binding commitments made at the negotiations.

That is what the people want from their governments at the climate negotiations wrapping up in Bonn, Germany—one of the last round of talks before the world comes together to sign an international climate treaty in Paris at the end of the year.

The Maldives and other small states have pleaded the larger countries for such measures for the last quarter century.

In 1989, before the United Nations committed to addressing climate change at the Earth Summit in Rio de Janeiro in 1992, and when research on the subject was still in its infancy, the President of Maldives invited leaders from several small island states for a meeting in the Maldives to discuss unsettling changes they were witnessing on their shores.

At the Maldives meeting, it was clear to the leaders that they faced an impending problem they could not tackle alone, and issued a global call to action:

“In light of the scientific consensus regarding the likelihood of climate change and global warming, the Small Island States gathered here in Malé from 14-18 November 1989 declare their intent to work, collaborate and seek international cooperation to protect the low-lying small coastal and island States of the world from the dangers posed by climate change, global warming and sea level rise.”

The “Malé Declaration,” helped inspire the formation of the Alliance of Small Island States (AOSIS), which is a coalition of 39 low-lying island and coastal states from around the world. The coalition represents one-fifth of the U.N.’s voting membership and has become one of the most influential blocs at the climate negotiations.

This year, in fact, is the 25th anniversary of coalition’s founding and the Maldives is serving as its chair.

What’s more, the world stands at a new climate crossroads. To be sure, the past decades have shown just how difficult convincing countries to lower the greenhouse gas emissions responsible for the crisis can be and, as many of us discovered in Copenhagen, Denmark in 2009, the process is filled with false hopes and disappointment.

But a successful agreement must give low-lying coastal communities confidence that they won’t be left behind. To my mind, there are three key areas where this can happen in the days and weeks ahead:

First, the outcome in Paris must have durable legal standing to ensure parties live up to their commitments and that it will last. (Including a 1.5 degree Celsius global goal in the agreement will help demonstrate that the international community appreciates the full scale of the challenge we face).

Second, while the assurances given on climate finance have breathed new life into the process, they are still short of what even the most conservative estimates predict will be needed and at the moment represent little more than numbers on paper. These promises must materialize into real resources we can access.

Finally, islands like the Maldives have already suffered losses and damages from slow-onset impacts such as sea level rise, ocean acidification, and coral bleaching.

The countries most responsible for the emissions driving global warming have a responsibility to ensure that the international mechanism on loss and damage we established in Warsaw is capable of delivering for the vulnerable communities who may very well depend on it for survival in the future.

The past quarter century has shown the prescience of the Malé Declaration.

Though we can’t go back in time to heed its warning, there are still concrete steps we can all take in Paris to minimize climate risks for present and future generations. Anything less would be a mistake that can’t be forgiven.

Dunya Maumoon is the Minister of Foreign Affairs of the Maldives