New climate change laws are spreading faster than ever

With 75% of global emissions now covered by national targets, a UN emissions cutting pact is within reach 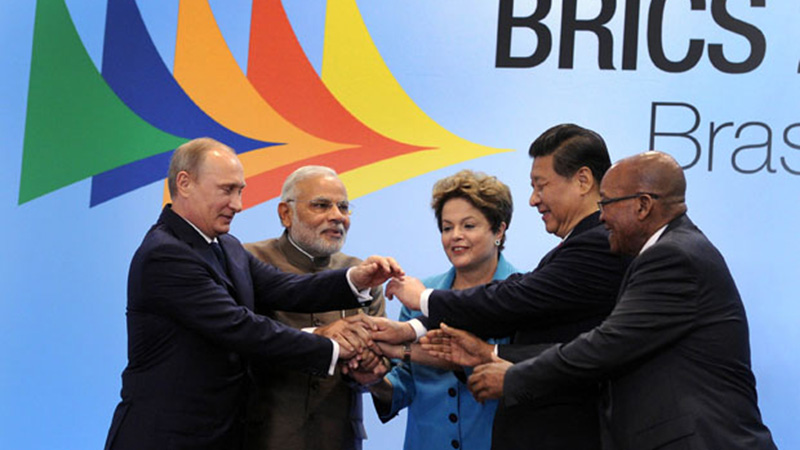 The growth in climate and pollution laws in emerging economies offers hopes for plans for a 2015 UN deal (Pic: GovernmentZA/Flickr)

These are two key findings from GLOBE International’s recently released review of the world’s climate laws, globally the most comprehensive of its kind.

The 2015 study is the fifth in the annual series initiated by GLOBE International and LSE’s Grantham Research Institute on Climate Change and the Environment.

This year’s report covers 98 countries plus the European Union, and was presented to delegates at the United Nations climate negotiations in Bonn this week.

For the first time, this year’s study includes as a co-sponsor, the Inter-Parliamentary Union (IPU), the world’s oldest parliamentary body which brings together national parliaments.

This marks the beginning of a closer cooperation between GLOBE and the IPU, sparked by a desire to consolidate and make more effective the work of parliamentary networks in the lead-up to COP21 in Paris.

So, what was different in this year’s study? The first was coverage.  This year’s study covered countries responsible for 93 per cent of global greenhouse gas emissions – of whom 33 were developed and 66 developing.

The list included 46 of the world’s top 50 emitting nations. One stand-out finding was that 75% of global emissions are now covered by national targets.  Other highlights were:

Forty-seven countries, including the 28 Member States of the EU, have introduced carbon pricing through either a carbon tax or a cap-and-trade system.

The study provides a state-of-the-art overview of work done in parliaments and governments to build national legal frameworks on climate change.

Led by Michal Nachmany and Sam Fankhauser at the Grantham Institute, the study points out that 53 countries, including the 28 Member States of the European Union, have national targets that set either absolute or relative limits on annual emissions of greenhouse gases across their economies.

Each country’s legislation is set down individually allowing for cross-country comparison so governments can be held to account for their response to climate risk.

The study shows solid momentum in the emerging global legislative architecture on climate change. Coverage is widening and there is no turning back.

It’s an important message to confidently communicate to business, investors, and others looking for certainty. It also provides a good basis for COP21 in Paris.

But the ambition level needs to be raised to close the emissions gap as demanded by the science. The national parliamentary reviews of the INDCs championed by GLOBE are one way of securing this.

While the study carries an overall optimistic message of legislative progress, there have been some setbacks. 2014 saw legislative reversals in Australia and Spain, with the former’s repeal of its carbon tax and Clean Energy Package, and the latter’s downward revision of subsidies for renewable energy.

Action is also needed to ensure countries undertake comprehensive climate risk assessments – so far only 37 have done so. A failure to protect the long-term national interest by any standard.

On the upside, Finland and Denmark joined the small but growing club of countries, such as the United Kingdom and Mexico, which have adopted ambitious legally binding emissions reductions with science-led, long-term targets to 2050.

The foreword to the study reminders readers that 2015 is a ‘generational opportunity’ for the sustainable development and climate change agenda.

It is the reason why GLOBE is promoting a ‘Coherence and Convergence’ approach to the UN’s four major summits on disaster risk, finance, sustainable development goals and climate change this year.

In this year’s study GLOBE has also issued a call to legislators to ratify the Doha Amendment. Most seem to have forgotten that this established the 2nd commitment period of the Kyoto Protocol – but has still not entered into force.

For that to happen 144 governments need to sign ‘instruments of acceptance’. Only 32 have ratified so far.

Since the Doha Amendment covers emissions reductions between now and 2020 – and Paris will only kick in from 2020 onwards – it would seem vital to radically quicken the pace of national ratification.

GLOBE is encouraging its members and stakeholders to do precisely that.

Ratification will send a clear signal to negotiators that they are ‘Paris-ready’ – and the legislative progress noted in this year’s study can be set for further growth and implementation in 2016.

Malini Mehra is chief executive of the GLOBE International secretariat