Binding CO2 cap would leave US on shaky legal ground

US legal expert lays out criteria for Paris pact, warns govt should not over-commit or it could face trouble in courts 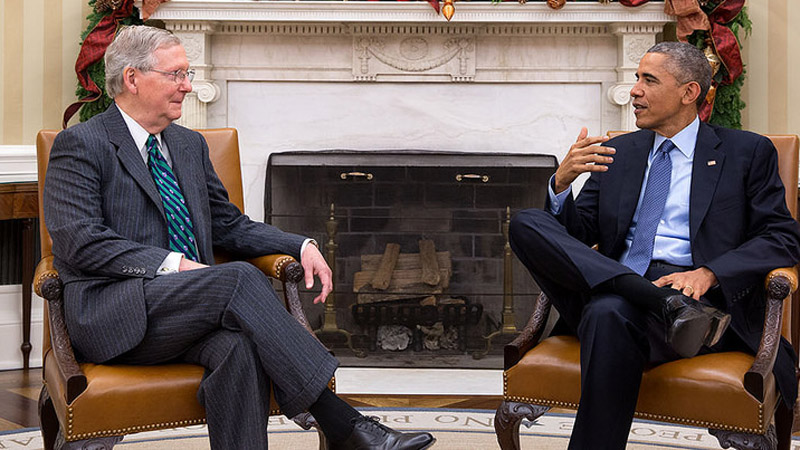 President Barack Obama is likely to be on shaky legal ground if he agrees to a proposed UN climate deal that establishes a legally binding emissions cap for the US.

That’s the view of professor Daniel Bodansky from Arizona State University, an expert in international law who has authored a new paper on the proposed Paris pact.

“The President would be on relatively firm legal ground accepting a new climate agreement with legal force, without submitting it to the Senate or Congress for approval, to the extent it is procedurally oriented, could be implemented on the basis of existing law, and is aimed at implementing or elaborating the UNFCCC [UN climate body],” he writes.

“On the other hand, if the new agreement establishes legally binding emissions limits or new legally binding financial commitments, this would weigh in favor of seeking Senate or congressional approval.”

Published by the Washington DC-based Centre for Climate and Energy Solutions, Bodansky’s paper suggests key criteria for US negotiators working on a global deal.

On the first principle, he says the president could cite the Clean Air Act and its use by the EPA to curb CO2 emissions as evidence US carbon cuts are backed by domestic law.

But on the second and third items – critical for a UN deal – Bodansky says the legal position is unclear, although he does suggest the president could use executive powers to push them through.

The intervention comes at a critical time for negotiations on a global deal, which are little over six months away from being finalised in Paris at a December UN summit.

Republicans on Capitol Hill have vowed to block efforts by Obama to tackle global warming, through Congressional enquiries and by voting to block funds for key environmental efforts.

How the US administration negotiates these obstacles will likely be critical to success in Paris.

Without US support, China and other emerging economies could also question the level of their involvement in a deal.

Lead envoy Todd Stern is on record saying he does not back a ‘top down’ legally binding treaty.