Seven ways to get the Tories to back ambitious climate policies

With a Conservative government all-but assured in the UK, green groups will need to reassess their engagement strategy 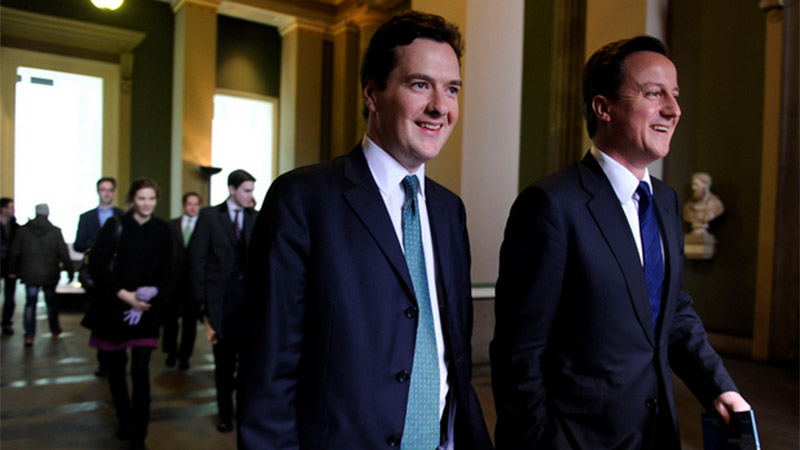 UK green groups are gobsmacked. The Conservatives are back in power, with a likely majority.

Many activists expected a Labour win and the leadership of Ed Miliband, a former energy and climate minister who had a strong environmental record.

Instead they will now have to deal with the Tory party, whose leader David Cameron – who allegedly called for an end to the “green crap” in 2014 – will be prime minister for five more years.

Cameron’s supporters say he’s committed to the climate agenda. Former MP Greg Barker told RTCC it was an issue “close to his heart”.

But with a UN working on a global pact to tackle climate change, and a deal expected to be signed off in Paris in December, green groups will need to work with the new government.

And where 70% of left-wing voters are likely to accept climate change is caused by humans, on the right it drops to 50%.

That will call for a change in communication strategy say the team at the Oxford-based Climate Outreach and Information Network (COIN).

They’re pulled together a guide for talking climate to the centre-right.

As the group’s executive director Jamie Clarke told RTCC, NGOs have been “good at speaking to ourselves but have not learnt to bring others with us.”

Below are some of their top tips…

1. Exude positivity about the energy transition

– Relying on fossil fuels imported from around the world makes the UK less secure, so stress the power of renewables to make the UK an energy powerhouse.

– Air pollution kills thousands. Why invest in forms of energy that are linked to lung disease and asthma?

– Freedom. We have a choice to make and it’s ours alone. Let’s do so based on the science available.

– We must defend our manufacturers. Germany, Denmark, the US and China are building billion dollar industries from renewables. We should too.

– Happiness: We can have cosier warmer homes if we invest in efficiency

– The centre right prides itself on offering a secure country for citizens to live in. But the British Medical Association says heatwaves and pollution will kill the youngest and oldest.

– Vandalism, crime, waste and the air we breathe are all local environment issues

– Stress the local landscape not polar bears or rainforests. “The British countryside could change forever” is a potent message,  killing trees and affecting our cherished landscapes.

“The landscape and countryside of Britain is something we should all be proud of, and work together to protect. Over the years, we have cleaned up our rivers, banished smog from our cities, and protected our forests.

“Climate change poses new dangers to the countryside we value so much: more frequent and extreme flooding, coastline erosion, and disruptions to the seasons. The only responsible course of action is to reduce the risks we face from climate change. We owe this to our children and grandchildren – but also to the millions of people who live and work in the countryside right now.”

3. Centre-right values require you to respond

– Tories respect the status quo and sacred values. It’s worth recalling some of Margaret Thatcher’s views on the environment:

“We are called Conservatives with good reason. We believe in conserving what is best — the values of our way of life, the beauties of our countryside  [that] has shaped our character as a nation.”

“Our planet has the unique privilege of life. It is our duty to safeguard our world.  The more we master our environment, the more we must learn to serve it.”

-The country is tackling an environmental deficit. We are living beyond our means, and this is debt that you will pass to your children.

-This is too important an issue to be left to left-wing hippies. Creating a modern, efﬁcient and productive low-carbon future is the responsibility of business leaders and entrepreneurs.

-Britain is proud of its history as a defiant island nation that held out in World War 2 against all the odds.

-Stress that we must become “indignant at injustice” where too many people are being forced to choose between food and fuel.

-We need to pull together – centre right people regard themselves as the most effective who hold the country together.

-Tacking climate change can bring communities together and strengthen the nation.

-We cannot be left behind by countries like Germany – there are hundreds of small and medium-sized energy enterprises that need our support.

-Drop the eco babble. No mentions of green, polar bears, moral appeals to save the plant or attacks on oil company greed.

-Dress smartly – you’ve got to be clean, tidy and well groomed. Manners and respect are important. (So no tie-dye or dreads)

-Emphasise common ground, but don’t try and be too friendly. “People are rightly suspicious of a salesman pretending to be their friend.”

-Speak from the “I”. Don’t just rely on scientists. Say what you feel is happening and what you understand.

-Respect sceptics. “They are often well educated”. But stress that many in the centre-right agree with you, along with institutions such as the armed forces, church, royal family and business.

-Talk to their ambition. These are tough times requiring Churchillian leaders. Emphasise we need MPs who are strong enough to carry that message.

-Stress there are votes in this, and that evidence suggests centre-right supporters demand a strong policy.

-If you’re young, talk about the future your generation faces. Make it a trust issue.