Will 2015 be the warmest year on record? 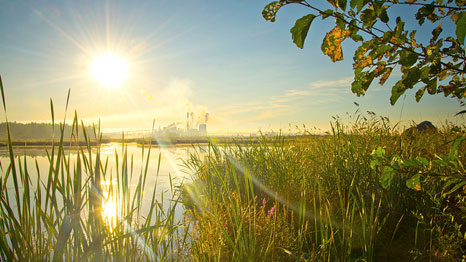 The latest global data show that record surface temperatures last year have continued into 2015, and rising.

Last year was the hottest yet, in a temperature record dating back to around 1850, according to the World Meteorological Organisation (WMO).

But global average surface temperature for January and February in 2015 broke new records, compared with past annual averages (see figure below).

Temperatures are rising mostly thanks to greenhouse gas emissions. They will keep rising, without very substantial cuts in annual emissions.

But there is an additional factor at play just now. The “El Nino” weather cycle originates in the Pacific Ocean, and has various effects including raising average temperatures.

I was advised by a climate scientist that we will find out very soon (April/ May) whether the present weak El Nino will intensify or die away. 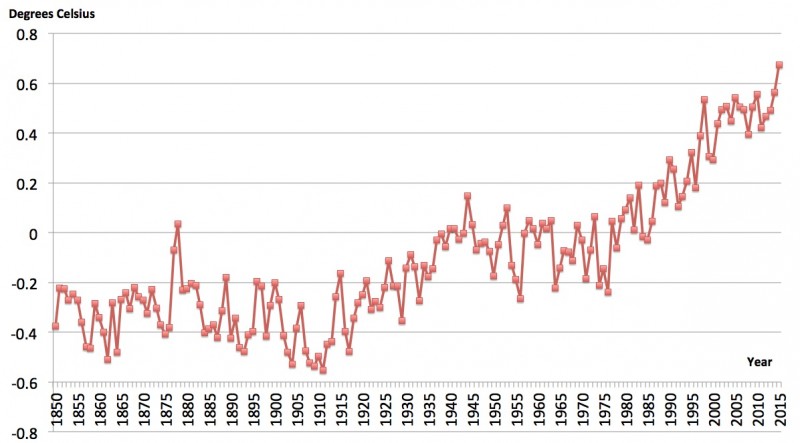 El Nino is characterised by above-average sea surface temperatures (SST) in the equatorial Pacific Ocean. A graphic here shows how temperatures have recently risen in the eastern Pacific, off the coast of Central America.

Does that mean El Nino will intensify? We may find out soon.

Another feature of El Nino is strong westerly winds in the western Pacific.

Among its consequences are increased rainfall across southern U.S. and in Peru, which has caused destructive flooding in the past, and drought in the West Pacific, sometimes associated with devastating brush fires in Australia.