Should the Green Climate Fund back waste to energy plants? 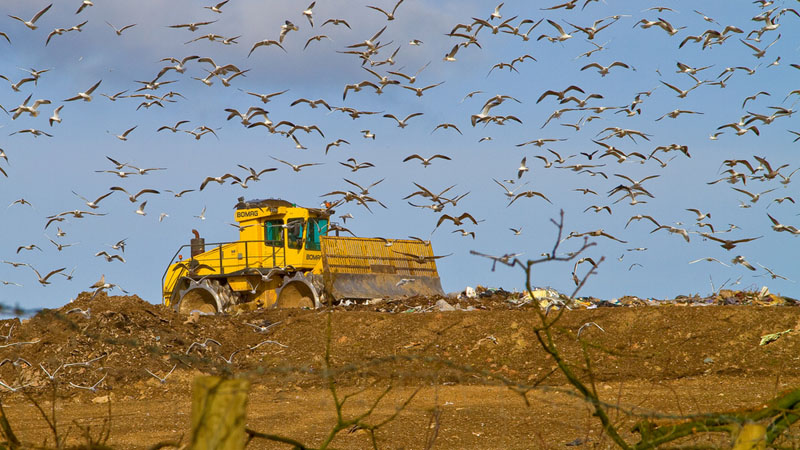 Exactly what the fund would pay for in order to meet this lofty goal is still not clear.

When members of the fund’s board meet in Korea to hammer out guidelines for deciding which projects to finance, they will be considering, in large part, how to prioritize investments with the greatest potential to reduce greenhouse gas pollution.

That could be a good thing as long as those strategies are recycling, composting and waste prevention, not dumping and burning.

Garbage in, garbage out

In an attempt to capitalize on the increasing demand for sources of energy that emit less carbon than fossil fuel combustion, the incineration, plastic, and cement industries are working hard to paint “waste-to-energy” as green as wind, solar, and other renewable technologies.

But dressing up the name doesn’t change the fact that burning trash is amongst the most polluting, expensive, and inefficient forms of energy production available today.

Incinerator companies like Covanta, Plasco, and Veolia claim they can safely, cost-effectively and sustainably turn waste into electricity and fuels. Some companies go so far as to claim that the technology is “zero emissions” or “pollution-free” and not incineration at all.

But all of these ways of burning trash — even if they’re called something else — release dioxins and a panoply of other toxic pollutants into the air, soil and water; emit unsustainable amounts of carbon; and are, in fact, treated as incineration by the U.S. Environmental Protection Agency and the European Union.

Simply put, incinerators are a bad investment. Burning waste remains the most expensive form of electricity generation. In the U.S., the capital costs more than 2 times that of coal, and operating costs nearly 10 times as high.

Because of the exorbitant price of building burn facilities, most private financiers are reluctant to take on such a risky investment alone. To make incineration viable, the cash-strapped public sector has to step in with taxpayer subsidies.

In addition, city governments are generally required to sign multi-decade contracts that lock them into burning trash for decades. This discourages recycling, composting and other waste- and cost-reducing measures.

In some places, notably Europe, local governments have actually been forced to import trash from other towns to meet their quota. Cities in the U.S., like Harrisburg and Detroit, have even gone bankrupt trying to make good on their contracts with incinerator companies.

Despite being such a massive investment, incinerators produce very little energy and a lot of pollution. To make the same amount of electricity as a coal plant, the average trash incinerator in the U.S. releases 28 times as much dioxin and 2.5 times as much carbon.

Experimental technologies that once looked promising to the industry, such as gasification pyrolysis and plasma arc, have failed to prove capable of commercial-scale operation.

In Europe, cities are increasingly decommissioning incinerators and moving instead toward zero waste. And in places where pollution rules are not enforced, like in the Indian community of Okhla, residents are shutting down facilities in protest.

To top it all off, incinerators feed climate change. The average trash incinerator in the U.S. directly emits an average of 2.5 tonnes of carbon dioxide per MWh and 2.8 tonnes of nitrous oxide per MWh—both greenhouse gases that contribute to global warming.

Meanwhile, removing material from the waste stream through cheap, low-tech measures like composting and applying it to the soil could increase forage production by 50% and pull a ton of carbon out of the atmosphere per hectare.

The waste sector does have a significant role to play in reducing carbon emissions and protecting the climate, and should be prioritized by the Green Climate Fund.

Recycling and composting alone save 3 to 5 times as much energy as incinerators can recover.

Biogas plants that run on organic waste are used for energy generation at the residential level in Mumbai where informal recyclers run their own biogas plants. Much larger facilities in the UK, Flanders, and Germany are generating heat, power or both.

Today, nearly 1 million people are employed in the recycling sector in the United States, and studies show that an aggressive pursuit of recycling could produce a total of 2.3 million jobs while reducing pollution and mitigating climate change.

Some cities, like San Francisco, have even shown that zero waste can be achieved through cooperation with unions, community groups and employee-owned companies.

These are the kinds of economic, employment and environmental gains that developing countries deserve to benefit from, and the Green Climate Fund could help make happen.

Given the urgency of the climate crisis, the shrinking pool of public money, the health risks of incineration, and the availability of sound alternatives, waste-to-energy would be a bad investment for the Green Climate Fund.

When it comes to considering incineration, members of the fund’s board would be wise to remember the adage “garbage in, garbage out”.

Mariel Vilella is the Associate Director and Climate Policy Specialist at Zero Waste Europe, the regional branch of the Global Alliance for Incinerator Alternatives. Follow her on twitter @marielvilella