As climate impacts start to bite, lack of funding assurances split rich and poor at key disaster summit in Sendai 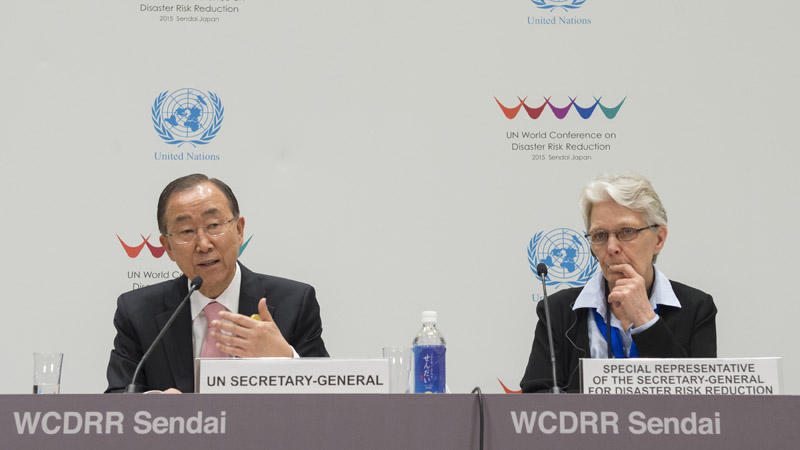 Tropical cyclone Pam, one of the most powerful cyclones ever, devastated the Pacific island of Vanuatu exactly at a time when over 180 governments in Sendai, Japan are negotiating hard to reach an agreement to prepare for and reduce the impact of disasters.

This is the same Vanuatu that in 1991 tabled a proposal demanding compensatory provision against climate impacts such as the sea-level rise.

Due to opposition by developed countries, its proposal survived just as the word ‘insurance’ at the UN’s climate body

The horrors of climate change have become real for them and most developing countries having little or no resources to deal with increasing climate impacts.

At a time when governments should be stepping up actions to deal with climate change, the final round of talks on post 2015 disaster risk reduction framework is marred by regressive stances.

The current text has only become weaker with every subsequent draft. 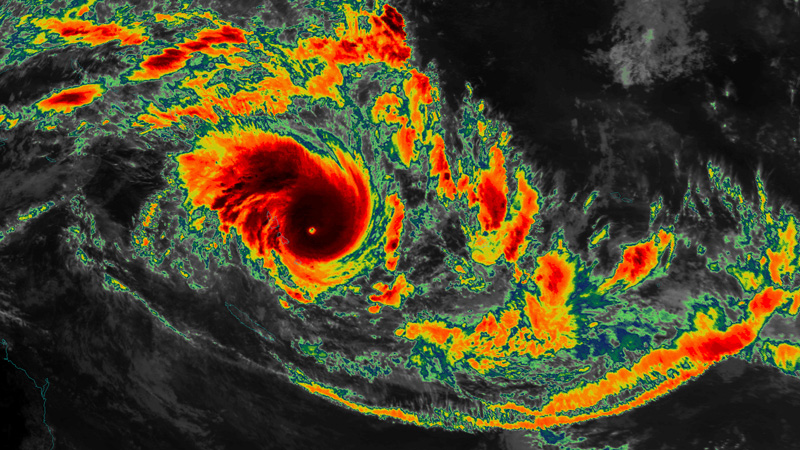 The draft document on the post 2015 successor to Hyogo Framework for Action (HFA) for Disaster Risk Reduction (DRR) had taken a major leap by proposing specific targets for reducing disaster risks.

All targets had different options of specific numbers but six out of them have now ended up without numbers and just with the subjective language suggesting “substantial” progress in comparison to the last ten years.

The only target that is currently under intense negotiations is around international cooperation that includes providing financial and other support to developing countries.

Facing the heat at climate negotiations year-on-year, developed countries are in no mood to concede to the demands of “additional and predictable” funding for developing countries.

But if we end up with all weak targets, then the new agreement will in fact be weaker than the current Framework that ends in 2015.

Elephant in the room

The other but related issue on which the developed and developing countries have locked their horns is the principle of Common But Differentiated Responsibility, yes you read it right – CBDR!

This is a term that the climate community is well aware of and its implications.

For the benefit of the DRR community, I should share that it is one of the principles in the UNFCCC (United Nations Framework Convention on Climate Change), 1992 and in the Kyoto Protocol agreed in 1997.

Common but differentiated responsibilities (CBDR) inclusion in the #WCDRR text is being negotiated outside toilets pic.twitter.com/akBXSlWtaU

Developing countries have proposed CBDR to be included as a principle under the international cooperation section but rich nations want no reference to it in any form.

One may view it as a “bargaining chip” being used by the poor developing countries to put pressure on the rich nations for more resources but it is a real issue for the former who are facing increasing climate change impacts for which they are least responsible.

A report released early this month by the UN Office for Disaster Risk Reduction showed that climate-related disasters now account for 87% of all disaster events, yet the issue of climate change hasn’t been dealt with adequately in the current draft.

It is evident that we are living in a changed world. I’m not just referring to climate change or the emerging economic powers or the new multi-polar world, but also how insensitive the world has become.

In January 2005, when governments met in Kobe, Japan to reach agreement on this very issue, the pictures of devastating Indian Ocean tsunami that struck the previous month were fresh in their minds.

There was mutual trust, commitment and political will to act together. Such things are not in sight even when the Pam cyclone eroded years of development in Vanuatu and has left behind deep footprints of devastation and misery.

It is certain that the agreement will be reached on schedule by 18th March but it seems likely that it will be weak on finance and other aspects of support to implement the agreement.

Developing countries also failed to show leadership by agreeing on strong targets on national actions related to reducing disaster impacts and in turn demanding increased cooperation and support from the developed world.

An ineffective agreement, which is not even legally binding, will set a wrong precedent for the two upcoming agreements on climate change and sustainable development later this year.

I am pained to see climate politics dividing even the disaster community, which usually unites to respond to people in crisis.