Nigel Farage on climate change: in his own words

UKIP leader could have a key role to play in next government, but admits he doesn’t “have a clue” about global warming 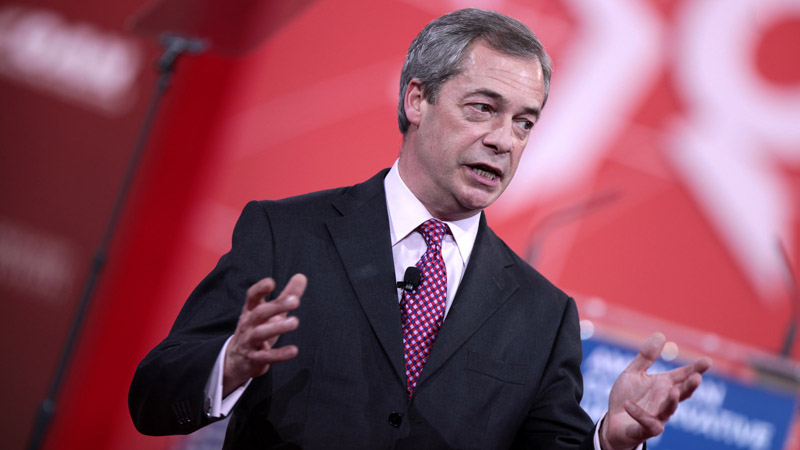 Nigel Farage is a man who could hold the balance of power in UK politics after this year’s General Election.

He’s the leader of the UK Independence Party (UKIP), and currently sitting as a member of the European Parliament.

UKIP wants to pull the UK out of the European Union, slow immigration levels, cut £9 billion from the aid budget and “promote a British identity”.

These – and 96 other policies – are outlined in an article by the party on its website.

Number 53 is its plan to abolish the UK energy and climate department.

Number 78 is to repeal the UK climate change act, which UKIP claims costs the UK economy “£18n” a year. I’m not sure what the “n” stands for.

This week Farage was interviewed by Brendan O’Neill, editor of Spiked online, which brands itself as a “metaphorical missile against misanthropy”.

The full interview is well worth a read. But for those interested in what line a future British government with elements of UKIP in it would take on climate change… the best quotes are below.

Nigel’s kids
“My boys, who were spoonfed climate change all through school, used to think it was hilarious when I ranted at the Six O’Clock News about that bloody iceberg and that bloody polar bear HA HA HA HA HA HA HA.”

Climate science
“I haven’t got a clue whether climate change is being driven by carbon-dioxide emissions.”

UK carbon cuts
“We are a nation that produces 1.8 per cent of global carbon dioxide, so I do not get closing down our aluminium smelters, most of our steel production, and now our refining industry, and all that production being moved to India, and therefore the steel-based products made in India then having to be shipped back to Britain! This to me makes no sense at all.”

UK Greens
“If Natalie Bennett won the election, we’d all be living in caves… the whole thing is based on a fallacy: that our fossil fuels are going to run out and therefore we have to adapt the way we live.”