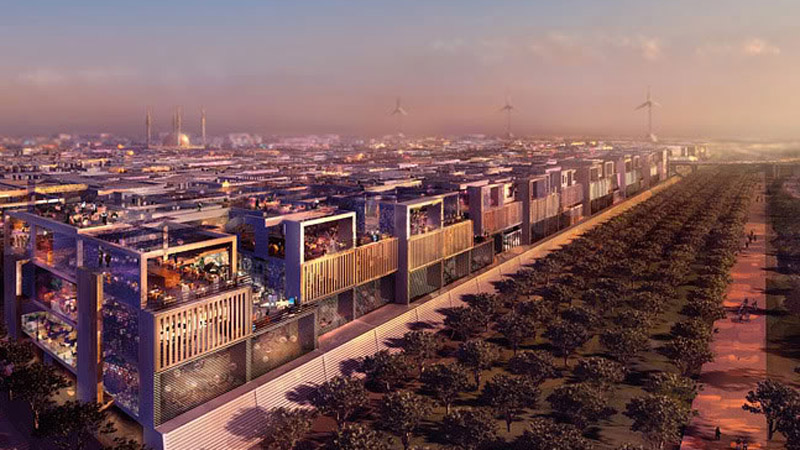 Drenched in oil and swimming in gas, Gulf States have not, historically, been too keen on clean energy sources that could affect the value of their main export commodities.

Saudi Arabia has long sought to block progress at UN climate talks, while the likes of Qatar have talked a good game, but delivered little in terms of low carbon progress.

But times appear to be changing.

Long before oil prices crashed, leaders in Riyadh, Doha and the United Arab Emirates had started to explore how they could benefit from renewables – specifically solar.

A report released this week by the National Bank of Abu Dhabi (NBAD) suggests the Gulf is now at the centre of the drive for cheap, efficient and clean energy.

“It is very clear that renewables will be an established part of the global energy mix,” writes Alex Thursby, chief executive of NBAD.

“Governments around the world, including the Gulf region, are setting out their ambitions for decarbonising their economies, and the global debate about energy has never been more intense.”

Listed below are the bank’s 10 reasons to back clean energy.

1 – More than 50 per cent of investment in new generation capacity worldwide is in renewables.

2 – US$260 billion a year has been invested in renewable energy technologies worldwide for the past five years.

3 – Green bond issues to pay for low carbon energy projects reached US$36.6 billion in 2014, more than triple the previous year

6 – Solar PV is already cheaper than grid electricity in 42 of the 50 largest US cities.

10 – -US$48 trillion of investment in energy infrastructure is needed in the next 20 years: the bulk of it in non-OECD countries