Climate change squabbles are inevitable in science — and life

Focusing on the 97% consensus is not always the best way to end the playground bickering of scientists, says Ilan Kelman 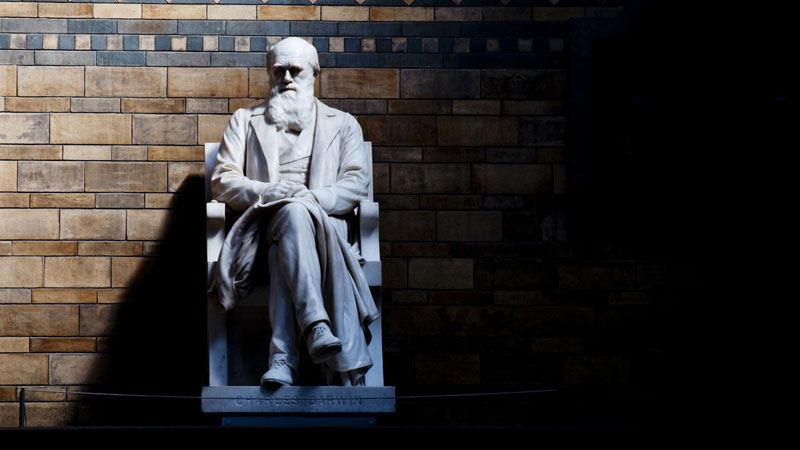 Charles Darwin is among the scientists who stood up against a 97% consensus with his radical ideas on evolution (Pic: www.CGPGrey.com)

Why is communicating climate change so contentious?

Climate change becomes a flashpoint, with clashing ideologies and knowledges. It is cast as the modern battle for people and planet.

Scientists present themselves as defenders of truth. They abhor their reputations being sullied by those lacking scientific qualifications. Many seem to think that they are the first researchers ever to experience such coordinated vitriol.

It has happened before

Yet one of the lessons lost in the contemporary playground tactics is that attacks on science and scientists are not new. There is no particular reason why scientists should expect to be immune from those with their own interests ignoring, disparaging, and actively undermining scientific messages.

Galileo’s observations and analyses led him to support the radical idea that the solar system’s centre is the Sun. He was banned from teaching, humiliated, convicted of heresy, and condemned to house arrest.

Fast forward to the nineteenth century. Darwin was ridiculed for his preposterous suggestions. Teaching evolution was challenged in the 1925 Scopes Trial in Tennessee, although that was more about showmanship than law, science, or religion.

Then, when researchers first proposed that certain chemicals might harm the stratospheric ozone layer, they were vilified by the companies manufacturing the accused products.

The attacks on climate change science and the manufacturing of controversy are neither different nor new.

Two prominent American scientists with long publication records, Roger Pielke Jr. and Judith Curry, take issue with some aspects of climate change science, policy, and action. Agreeing or disagreeing with them is perfectly fair either way. Where there is disagreement, room exists to embark on joint research projects to try to resolve the disagreement—or to agree to disagree.

Instead, those two have been subject to personal attacks and have been ostracised by other scientists. That is hardly conducive to open scientific debate designed to understand climate change and actions for it.

It can be hard to fathom the disrespectfulness and cliquishness evident in climate science—until we accept that is the norm across all professions, not just science. It is part of being human. After all, look at the politicians’ games.

Perhaps the contentiousness is surprising because all actions proposed for climate change need to be enacted irrespective of climate change. Fossil fuels are a finite resource. We have no option but to reduce our dependence on them.

Similarly, it might be too late to stop many of climate change’s impacts, so we need adjust to the new climate regime. That entails buildings which can cope with high and low temperatures; improved water and food supplies; and reducing the damage from floods, droughts, storms, and other weather extremes.

Nonetheless, many scientists are impressive, focusing on critical analysis and being open to critiques from others.

They accept criticism without taking it personally and without backbiting the criticiser. Critiquing is part of healthy, respectful debate. We ought to welcome, not stymie, challenges from our peers.

That includes honesty and straightforwardness. There are many uncertainties, unknowns, and contextual aspects of climate change—as with all science. We should accept and articulate them.

Uncertainties, unknowns, and contextualities do not preclude action.

Every time you decide whether or not to take an umbrella, you are acting in the face of uncertainty and deciding depending on context: Are you going for a jog or a job interview? Weather-related decisions are not the same as climate-related decisions, but analogies can help to communicate.

Consequently, critiquing applies not just to other scientists, but also to ourselves. Scientists and non-scientists should collaborate to increase self-awareness of different communication approaches and end goals.

There is not even agreement on whether the goal is to galvanise 99% or more of the population for action, 50%+1, or another percentage. Is agreement needed among scientists regarding the action goal?

Scientific consensus is not necessarily democratic or correct. Could it be that the drive for consensus augments contentiousness because not everyone agrees to agree?

The complexities, uncertainties, contentiousness, and unknowns within climate change seem to prevent civil discussion about climate change and action on it, but they should not.

That, perhaps, is the message which we should communicate.

Ilan Kelman is a reader in risk, resilience and global health at University College London. This article emerged from author’s earlier writing in The Foreigner and a talk given at the 2015 Jokkmokk Winter Conference.