John Ashton: Fracking push is an insult to democracy

The government’s enthusiasm for fracking ignores the will of the people, says the UK’s former climate envoy 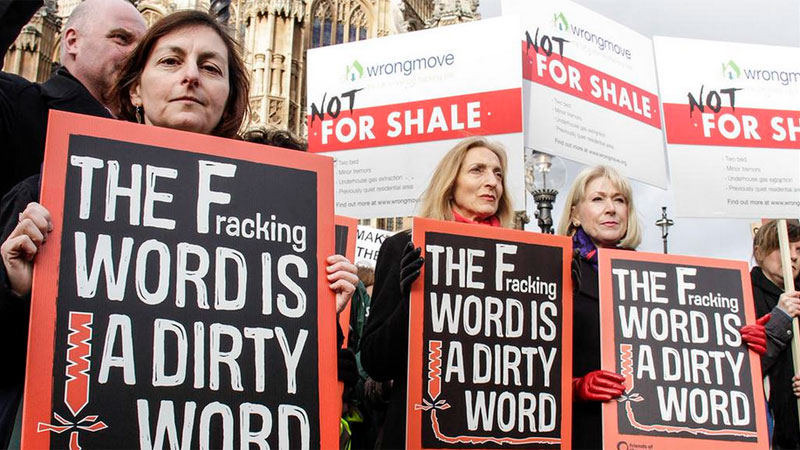 There is not one square inch of our beautiful land that is desolate.

We are all entitled to love the place we live in, and our love for our home and our community is worth just as much whether we live in the north of our country or the south.

Shame on those who say, don’t spoil my back garden but do whatever you like in places far away, where people count for less.

But I’m proud to stand with you today because whether we frack for oil and gas up and down our country really matters. Because those with the power to decide are on the verge of dragging us down the wrong path. Because only your voices, our voices, can stop them. And because with the votes on the Infrastructure Bill, and the planning decisions in Preston, now is the moment to make our voices heard.

For six years, I was Britain’s diplomatic envoy for climate change.

Believe me, you can’t be in favour of fracking in Britain and in favour of dealing with climate change at the same time. It’s an either/or choice. Those who say it’s not are being ignorant, or deceitful, or deceiving themselves. It’s that simple.

Sometimes in politics you come to a crossroads and you have to choose. If you pretend you don’t, that’s a choice too, and not an honourable one, it’s a covert choice to stick with the status quo. This is such a crossroad.

No community in Britain will ever benefit from fracking. If a few individuals or businesses do well, it will be at the expense of their communities. Fracking at scale is intrusive, disruptive, noisy, and unhealthy. It really does turn communities upside down. Look at what’s happened in the United States.

Comment: Fracking is no sensible solution to climate change

We’re told we will have gold-plated regulation to protect our communities from all those harms. It’s a hollow promise. Actually it’s a lie. It’s a lie because our regulators just don’t have the budgets, the skills, or the people to enforce it properly. It relies entirely on self-policing by the companies concerned.

We tried self-policing with the banks over there in the City. What could possibly go wrong with that?

Germany is showing beyond doubt that you can have clean energy, you can have energy efficiency, and you can give control over energy back to communities all at the same time without wrecking the economy. By getting ahead of us on clean energy, our main European competitor is actually widening its lead over us.

It’s time for Britain to catch up.

Let’s hear it for Repower Balcombe, showing the way, and all the other pioneers of community energy up and down Britain.

Fracking on an industrial scale won’t build us a future worth having, it would take us backwards, it would lock us further into fossil dependency. It would also turn our country into a global climate pariah.

And this isn’t just about our climate and our energy. It’s about our democracy.

This odious, antidemocratic Bill would trample on rights and protections, including the ancient law of trespass, woven carefully over centuries into the fabric of our constitution. It would put corporate interests above the public interest. Wherever you live it would make your voice the last one to be listened to in any decision about the land and the community around you.

99% of consultees don’t want trespass watered down? I know, let’s ignore them.

An unrestricted right to dump wastes of all kinds under people’s land and houses? That’s not going to be popular! Let’s try and sneak it in at the last minute when nobody is looking, and if people still object, I know, let’s ignore them.

People complain that profit for developers and fracking companies is not the only thing that matters? I know, let’s ignore them.

Let’s make it an overriding legal requirement to maximize the so-called economic recovery of oil and gas.

When I joined the Civil Service 35 years ago, ministers and officials would have resigned rather than connived at such abuses.

In Britain today we have the forms but not the substance of democracy, and what’s happening on fracking is a symptom of that sickness.

Most of the time in politics things don’t move very much. The tectonic plates get stuck. You may gain a few inches here and there but progress is incremental.

But every now and again the plates start to slip and anything is possible.

This is such a moment. It may be the only such moment we get.

The plates are slipping on fracking. Suddenly it is dawning on our representatives that the political cost of forcing it through is going to be higher than they thought.

More and more of them are taking the trouble to listen to their constituents, and to get their heads round what’s involved. They are working out for themselves what a bad idea this really is.

That’s what the members of the Environmental Audit Committee have done today. They have shown real courage, defying their Party machines. Let’s now show them the thanks they deserve!

But too many MPs still think it’s more important to do the bidding of those Party machines and of their corporate friends than it is to listen to the people who put them in our Parliament.

The friends of fracking, in the Coalition parties and the Labour Party, including Tom Greatrex on Twitter today, are trying a bit harder to look as if they are listening. But what they are really trying to do is lock the tectonic plates back in place before they slip too far, before they make it impossible for the drilling to start.

So now, just as we finally see some progress, now we must push even harder. And here’s what we should push for.

Let’s stop the headlong rush, with a full moratorium now, as demanded by the Environmental Audit Committee, followed by a proper national debate. No ifs not buts, and no more opportunistic spin from those who aspire to run our energy policy after May.

While we close the front door let’s stop the Bill from forcing open the back door, with its antidemocratic provisions on trespass and householder permission and so-called economic recovery.

And let’s take off the table right now, once and for all, any possibility of self-policing by companies whose main interest is in minimizing red tape not protecting the well being of communities.

David Cameron, Nick Clegg, Ed Miliband, Jenny Mein and the County Council you lead in Preston: please listen: moratorium now, stop the Bill, no more self-policing. Otherwise you will be betraying the people who put you where you are, and they will not easily forgive you.

Friends, over there, in Victoria Tower Gardens, is a statue of Emmeline Pankhurst.

Every struggle that has made our country better has been a struggle to make Britain a country for all the people not just a privileged few. We are struggling to give the people a voice on energy. Mrs Pankhurst struggled to give women a voice in politics. We are following in her footsteps.

We can be so proud of that.

So far, those who want to frack our country into an even deeper political stupor have been able to make progress by bullying and stealth. But now at last, thanks to your courage and determination, our opponents have been forced into the open and there is a real democratic choice to be made.

Our representatives will only make the right choice if they can hear our voice.

Are we today going to make our voice heard, not just here on the street but inside the thick walls of that Palace over there?

This text is an edited version of a speech given by John Ashton, the UK’s Special Representative for Climate Change between 2006-2012, made on 26 January at a public rally at Westminster, London. Watch the full speech delivered here: