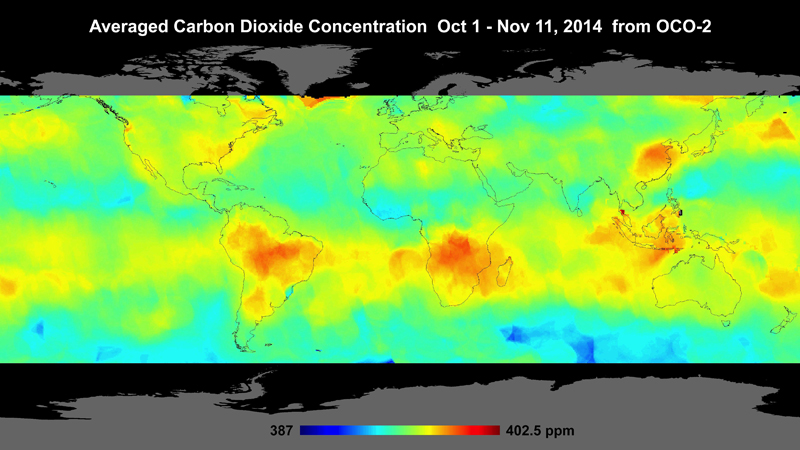 Early data has come in from the first satellite dedicated to monitoring levels of carbon dioxide in the air – with some surprising results.

The patch of dense carbon dioxide above China was to be expected, as factories churn out emissions.

But the biggest swathes of red – signifying a high concentration of the greenhouse gas – appeared over the southern hemisphere.

Farmers in Brazil and southern Africa are known to clear land in springtime. The images suggest this might have a bigger impact on the atmosphere than previously thought.

On its own, it cannot identify individual sources or sinks of carbon dioxide.

Put together with data from the ground, it can help climate modelers understand better the influences human activity and natural processes have on the atmosphere.

“Some of the differences may be due to systematic errors in our measurements, and we are currently in the process of nailing these down.

“But some of the differences are likely due to gaps in our current knowledge of carbon sources in certain regions – gaps that OCO-2 will help fill in.”