From Kalimantan to Lima: Where do women stand in climate?

Female representation in UN climate talks is increasing; on the ground, women are still marginalised 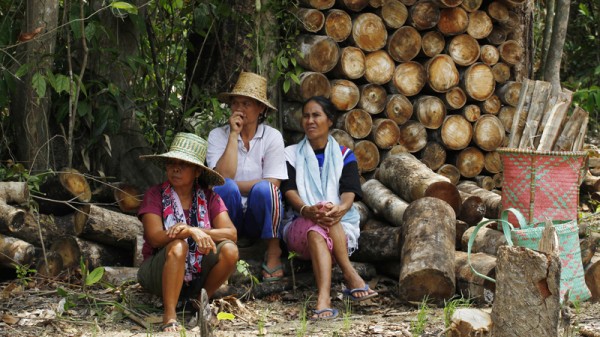 When UN-backed forest protection scheme REDD+ came to central Kalimantan in Indonesia, it promised employment to the indigenous community.

Women were excluded from planning meetings, given no say in the running of the project and offered the lowliest jobs, if anything.

At the same time the scheme, intended to help tackle climate change, risked closing off women’s access to the forest that supplied their traditional livelihoods.

This was one of the stories brought by the Asia Pacific Forum on Women, Law and Development to last week’s UN climate talks in Lima.

Grassroots activists were there to speak up for their rights as part of gender day, the third such annual event at the talks.

The arguments are becoming familiar: women are often at the sharp end of climate change; they are motivated to be part of the solution, if we let them.

“Gender equality is going to be instrumental and defining in meeting the objectives of climate action,” Lakshmi Puri, acting head of UN Women, told RTCC.

Inequality is not confined to distant forests; the negotiating chamber is dominated by suits, although women are increasingly visible.

Last year, 36% of country delegates were female, up from 29% in 2012. Across 12 UN climate committees, the number of women has crept over the one in four mark. 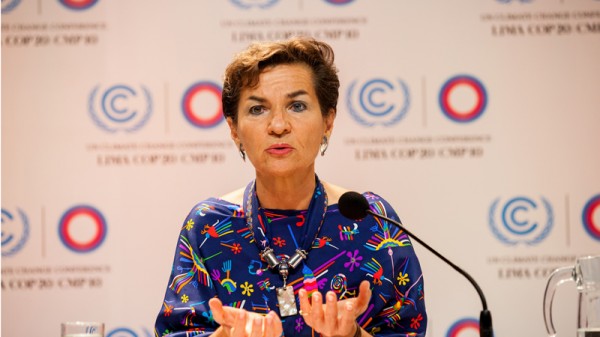 Women led the delegations from South Africa, Brazil and Australia, among others.

Laurence Tubiana is the top climate envoy for France, which hosts next year’s critical summit, where countries hope to strike a global climate deal.

The test is whether these women at the top – with male allies – can use their influence to make life better for those at the bottom.

BRIEFING: What was agreed in Lima?

These are acknowledgements that climate change affects men and women differently, and solutions should take into account women’s needs.

Yet it was reportedly a female negotiator for Saudi Arabia who fought these mentions every step of the way – efforts that earned the country a “fossil of the day” award from the Climate Action Network.

In a concession to countries like Saudi Arabia, which bans women from driving cars, three of the references to gender are juxtaposed with “country-driven”.

This phrase effectively provides a get-out for cultures that have restrictive expectations of women.

Men and Women Taking Action on Gender Equality and Climate Change: How Far Have We Come? from IISD Reporting Services on Vimeo.

The host country, Peru showed more enlightenment with plans to become the 14th country to integrate gender in its national climate policy.

“We want to include women in high-level decision-making on environmental threats and opportunities, as we know this will increase our odds of success,” said Gabriel Quijandría, head of the Peruvian delegation.

Gambian envoy Pa Ousman Jarju called on men to show support. “It is not just a women’s issue,” he tweeted.

“We have come a long way” from the gender-blind Kyoto Protocol and early days of the UN climate convention, said Puri.

But she would like to see stronger language. The gradations are subtle: “Gender-sensitive” is good, “gender-responsive” better, and “gender equality” best.

The first says women will be considered; the second says decision-makers will respond; the last says women’s contributions will be equally weighed and valued to men’s. 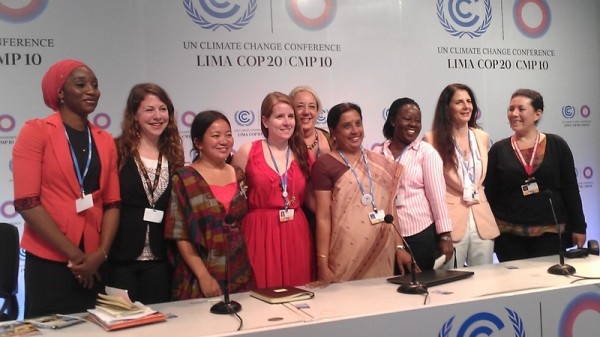 Back at the grassroot women’s press conference, the inequality was the other way. At a rough count, female journalists outnumbered male 10:1.

The speakers represented those who are doubly disadvantaged, both by gender and poverty.

They gave voice to parts of the world vulnerable to the ravages of climate change, with economies underfunded to clean up the mess.

In a large part, their positions reflected the broader tension between rich and poor, emitters and adapters, climate makers and climate takers.

“Wealthy countries are negotiating away our futures,” said Dewy Puspa, from Indonesia.

Within those communities, women are often at the sharp end. In developing countries, they grow an estimated 60-80% of the food. Increasingly volatile weather threatens their livelihoods. Yet few have any formal rights to the land, depending on male relatives for survival.

As the Kalimantan experience showed, well-meaning initiatives can end up further marginalising women.

Winnie Byanyima, head of Oxfam, made a succinct case for embedding women’s rights in climate action, in an interview with RTCC.

We should do so, she said, “not only because women are more impacted by adverse weather patterns, by disasters, but also because women provide leadership at the community level.

“Not tapping into that potential is a huge loss for society.”

Figueres herself has told RTCC a climate deal must rebalance the economy in women’s favour.

The UN’s efforts to promote gender balance include training and mentoring for women, to overcome objections that there are not enough qualified women to fill roles.

Equality is also about valuing what women are already doing, argued Agnes Otzelberger, of CARE International.

“We need to stop treating women as a group with special needs. We are half of humanity; we are rightful stakeholders.”