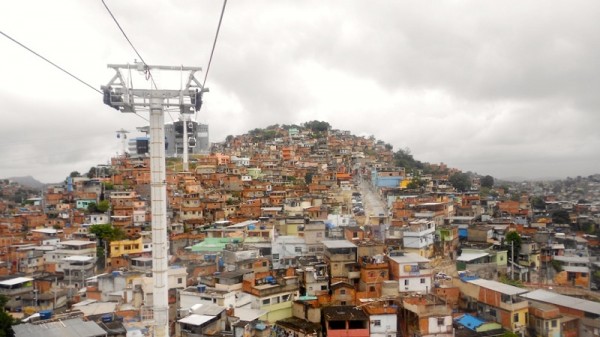 By Claudia Murray in Lima

Latin America is known as the most unequal region in the world, where extreme displays of wealth and poverty are laid bare for all to see within the  urban landscape.

Having spent over a week at COP20 climate talks in Lima, meeting with senior government officials from across Latin America and with my own experience, I know that any discussion of climate change must also address such issues of inequality. We can ask: are these issues adequately represented within the UN climate change process?

Inequality is not just a social issue; it has considerable impact on climate change. When access to education and jobs are unequally distributed people tend to find other means of survival, usually in the “informal market” and this dependence on the “informal market” generates an increase in greenhouse gas emissions.

In large cities like Lima, with no adequate public transport and where the primary mode of transport is the car, the government tends to turn a blind eye on those who drive old vehicles that would not pass carbon emission checks in other neighbouring cities such as Buenos Aires or Sao Paulo.

Until high investment in public transport is delivered and access to jobs therefore guaranteed by greener modes of transport, the government will keep on turning a blind eye on this matter as the risk of completely cutting off job opportunities for this already vulnerable social group is too high to overlook.

Lack of provision of adequate housing is also affecting climate change. Informal housing developments in the region mushroomed during the 1960’s and 1970’s, when inefficient housing policies failed to target the unemployed, who at the time counted for more than 60% of the population.

Since the 1980s, different housing polices attempted to rectify the accrued social debt while dealing with a major rural-urban migration. Most countries in the region have now developed a subsidised system of housing, based on a mix of family savings, government subsidies and private lending.

However, such housing schemes tend to be located on the periphery of cities, with little or no access to public transport. This can burden families with housing debt on a dwelling that has very little value in the local housing market, worst still, a dwelling that is far removed from education and job opportunities needed to repay that debt.

In addition, brand new housing schemes are highly visible, unlike the investment in sewage systems and other underground infrastructure, and are used as political pawns to win more votes. Most political speeches during the 2014 round of elections in countries such as Brazil, Colombia, Panama and Uruguay, included pledges to increase the number of new houses aimed at the most vulnerable sectors of the population.

The worrying scenario is the low standards of what is being delivered. Mexico, for example, has 5 million abandoned housing units, nearly 70% of them where abandoned because of poor location and lack of services.

They have been subject to vandalism and the construction sector in Mexico is now reporting that the refurbishment of these units will be too costly; is the alternative demolition and release of energy? What is the cost of appropriate disposal of materials? Can the world afford this continued lack of quality in housing policies?

Local governments will do better to invest in innovative design solutions to upgrade current housing stock, rather than building new. But will governments have the political will to implement such policies against the power of local construction companies and private developers? More research is needed to prove the economic value of upgrading schemes.

Claudia Murray is a research fellow at the University of Reading