Typhoon-hit Filipinos are paying with their lives for climate change. A levy on fossil fuels could help protect them 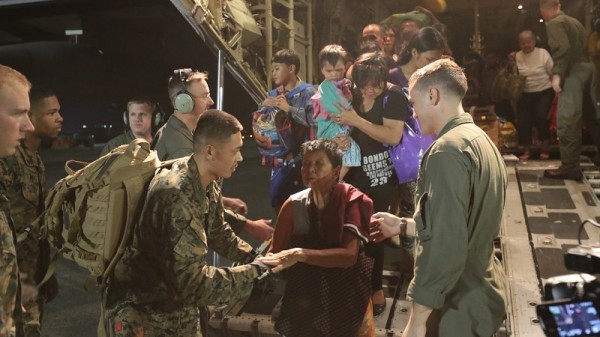 By Saleemul Huq and Julie-Anne Richards

The residents of the Philippines region of Tacloban know what loss and damage from climate change looks like.  This weekend, this exact same region is now bracing for super typhoon Hagupit, due to hit on Saturday as a catastrophic Category 5 storm.

Hagupit comes almost exactly a year after Haiyan’s six metre storm surge flattened the area. Some 6,300 people of Tacloban paid with their lives and four million of their friends and relatives paid with their houses.

Someone has to pay for climate change’s loss and damage – the inevitable result of the low mitigation ambition and inadequate levels of adaptation finance provided by rich countries.  Right now, these costs are landing directly on the poor.

In Kenya, 13 million people paid with not enough food to eat in the drought ending in 2011. In Bangladesh, millions of hectares of rice crops are no longer suitable for rice due to increase in salinity in the soil and surface water. And the people of the Pacific, and other low lying regions, are paying with their land and their homes.

Rich industrialised countries are playing a fool’s game in the international climate talks by claiming that we can get away without coughing up for the results of their lack of early action. They would like the whole issue of loss and damage to disappear to protect their own budgets.

But there is another, largely untapped, source of revenue that could and should pay for the loss and damage from climate change.

These big carbon producers include the likes of Chevron, Exxon Mobil, BP, Shell and Conoco Phillips.  Between them these five companies made over $1 trillion in profit in the decade 2003-2012. Meanwhile, their products are causing trillions of dollars in damage from climate impacts. The worst of this damage is being inflicted on the world’s poorest. Put simply, fossil fuel producers have outsourced the true cost of their product onto the world’s poor.

We have a proposal that strikes at the heart of this inequality:  a global fossil fuel extraction levy – with a charge for every tonne of coal, barrel of oil or cubic metre of gas – being paid into an international loss and damage mechanism.

Such a scheme is well-founded in international law and there are similar, existing schemes that we can learn from. One such approach is the oil spill regime (IOPC), where companies shipping oil around the world pay a levy into an international fund that compensates the victims of oil spills. This scheme has very broad participation.

In order to raise $50bn each year – probably the minimum needed right now for loss and damage – the levy could start at a very low level of roughly $2 per tonne of CO2. But it would need to increase year on year – we say by 5-10%. The levy must be embedded within the IPCC’s stated need to phase out fossil fuels.

To ensure that income grows at the necessary rate (loss and damage costs have been estimated to rise to roughly $1.2trillion a year by 2060), the levy would need to increase over time.

While such a levy makes perfect legal and moral sense there are, of course, technical issues to be ironed out.  One of the key challenges is how to have a globally-applied levy take into account the equity principle of common but differentiated responsibilities and respective capabilities at the heart of the UNFCCC.

A recent paper by Canadian law professor Meinhard Doelle incorporates the equity principle within our global levy by proposing a process whereby countries at a low level of development could apply to the governing body to “opt out” of contributing the levy to the international loss and damage mechanism and instead use it for domestic mitigation or adaptation.

One thing is for certain – it would be morally bankrupt to think that the poor should keep paying for the loss and damage failings of the big polluters.

Saleemul Huq is director of the International Centre for Climate Change and Development. Julie-Anne Richards is manager of international policy at the Climate Justice Programme