Jargon busting: Inside the world of the UN climate talks

BLOG: Know your BINGOs from your NAMAs? Worried about LULUCF? Let us guide you through the worst 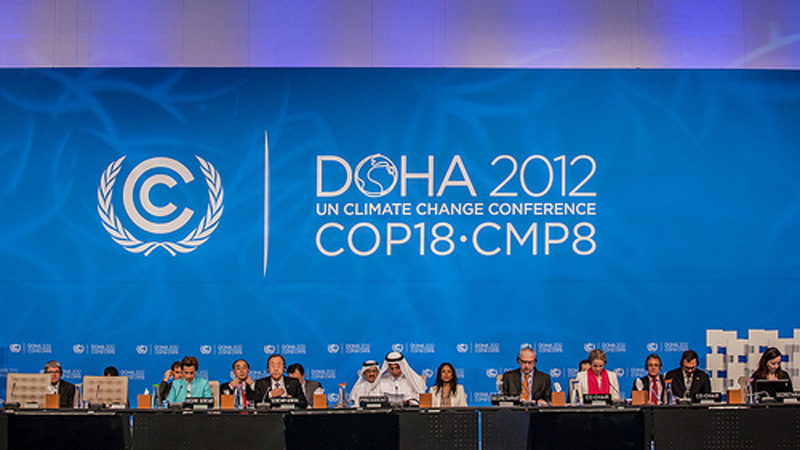 ADP
The Ad Hoc Working Group on the Durban Platform for Advanced Action. As well as being a nice example of the UNFCCC’s talent for giving things incredibly long and confusing names, ADP is also one of the most important areas of the talks and will be central to the negotiations in Peru. ADP discussions are split between two main areas,  Workstream 1 (WS1) and Workstream 2 (WS2). WS1 will be of particular concern to parties at COP 20 as it deals with the much anticipated 2015 deal that will create a “protocol, legal instrument or agreed outcome with legal force” to come into effect in 2020. However parties must make sure they don’t ignore WS2 which deals with climate action in the vital years before 2020.

AOSIS
The Alliance of Small Island States. This negotiating coalition groups together some of the states that are most vulnerable to the impacts of climate change. Given these states’ direct experience of of climate change they often serve as an important force in the climate talks in calling for greater ambition and reminding the often insular negotiations of the reality of the issues being discussed.

Annex I and Non-Annex 1 Parties
One of the most controversial areas of the talks, this refers to the division of parties into two distinct groups: Annex 1 and non-Annex 1. Annex I parties are those that were considered to be wealthier industrialised states in 1992. These states have so far been bound to emissions reductions targets under the Kyoto Protocol, whereas all other states have faced less of a legal obligation to act. Certain parties view this distinction as a roadblock to a far-reaching global deal, whereas others view it as vital to ensuring equity in the talks and making sure that those with historical responsibility for climate change take greatest responsibility for tackling it.

BINGO
Business and Industry Non-Governmental Organisation. It’s not just states that attend the negotiations and BINGOs represent one of the most influential of the non-governmental groups present at each COP. Indeed many environmental NGOs have raised concerns around their level of influence. At COP19 in Warsaw this was one of the factors leading to a mass walkout of environmental, youth, and indigenous NGOs from the talks.

Bottom-up vs top-down
As 2015 and the deadline for a global deal gets closer, debate around the architecture of the deal is heating up between proposals for a ‘bottom-up’ approach with countries making their own, non-binding, voluntary targets to reduce carbon emissions (currently being promoted by the USA amongst others) and a more ‘top-down’ method where a common global goal for reducing emissions will be agreed and then divided between nations.

CBDR-RC
Common But Differentiated Responsibility and Respective Capabilities. This is a key principle of the convention and is closely related to the division of parties into Annexes. The principle can be interpreted in a number of ways but is most often taken to mean that, although climate change is the common responsibility of all states, we must recognise that certain states bear historic responsibility for climate change and that these states should take the lead on mitigation etc. In addition CBDR-RC recognises that the capability of states to act on climate change massively varies due to factors such as wealth and access to technology.

CDM
Clean Development Mechanism. A crucial part of the Kyoto Protocol, CDM allows Annex 1 countries to gain emissions reductions credits by funding a variety of carbon-reduction projects in developing countries. Although it was envisioned as an efficient way for states to reduce global CO2 emissions whilst kickstarting low-carbon development in other countries, the mechanism is now perceived by many as seriously flawed.  Some even disagree with the basic concept of the mechanism, arguing that it allows Annex 1 states to avoid committing to making the much needed transition to low-carbon economies.

COP
Conference of the Parties. Peru will be the 21st Conference of the Parties to the UNFCCC, the first was in Berlin in 1995. It’s worth noting that this means by COP 21 states will have been negotiating for 25 years, many feel that if a relatively ambitious deal isn’t reached in Paris the suitability of the UNFCCC as a means of addressing climate change will be in doubt.

Equity
Discussions around equity have become a key part of the negotiations for a global climate deal. Equity is about each nation feeling they are taking actions that are appropriate to their responsibilities for emissions reductions, and so interpretations of CBDR-RC are key in these discussions. There are fears that theoretical discussions around equity may be used to delay progress in the talks, and the focus is now shifting to how countries can use these discussions to speed up climate action on a fair basis. Youth are also calling for intergenerational equity to be recognised in the talks.

ENGO
Environmental Non-Governmental Organisations. As with BINGOs, ENGOs make up a large part of those actually attending a COP.

GCF
Green Climate Fund. The GCF was formally established by parties at COP 16 in order to finance a variety of activities in developing countries around combating climate change and its impacts. However, as things currently stand, the GCF is severely under financed and many countries feel that Annex 1 parties need to contribute significantly more finance to the GCF before its appropriate for developing states to take action. If it is felt that developed countries have not pledged adequate finance by the end of COP 20 then this could jeopardise securing a global deal in Paris.

GHG
Green House Gasses. Can be a tricky acronym if only because it is very rarely clarified!

IPCC
The Intergovernmental Panel on Climate Change. The IPCC is the scientific body of the UNFCCC. Since its formation in 1988 the IPCC has consistently given us clear warnings to act on climate change or else face its devastating consequences. Most recently the IPCC gave us its fifth assessment report (AR5). The report makes clear that a rapid reduction of greenhouse gasses will help the world avert the worst of climate change, but without swift and ambitious strategies to reduce our carbon emissions, global temperatures by the end of the century are likely to exceed the 2 degree limit agreed by world leaders.

Kyoto Protocol (KP)
The Kyoto Protocol remains the only legally-binding agreement to reduce greenhouse gas emissions achieved by the UNFCCC. It covers most of the countries considered to be developed or industrialised in 1992, known as ‘Annex I’ countries. We are now in the second commitment period (CP2) of the protocol, to which the USA, Canada, Russia, New Zealand and Japan did not sign up.

Loss and Damage
Loss and Damage refers to the loss and damage caused by the impacts of climate change. Specifically it is the term given to the calls from many states that annex 1 countries should offer a form of compensation to developing countries for the damage caused to them by climate change. In Warsaw a loss and damage mechanism was set up to take this concept further (see WIM), however despite the level of support this idea has, it seems unclear how it can effectively be implemented given the significant legal and political challenges this would entail.

LULUCF
My personal favourite bit of UNFCCC jargon for its sheer length and ridiculousness, standing for Land Use, Land Use Change and Forestry. This refers to the impact of land-use and de-forestation/afforestation on GHG emissions.

MRV
Measurable Reportable and Verifiable. MRV is another area of contention that will need to be resolved before a “global deal” is reached. The USA and other, mainly Annex 1 parties want the mitigation targets and actions of all parties to be interdependently measured and verified, however many states, notably China, have so far strongly resisted moves towards a blanket application of MRV.

NAMAs
Nationally Appropriate Mitigation Actions. NAMAs refers to actions taken to reduce the emissions of a non-annex 1 state. Parties can formally communicate these mitigation actions to the UNFCCC, which so far more than 57 states have done. Many states feel that this approach is outdated and discussions around alternate, potentially more legally binding, ways of encouraging mitigation actions will form the crux of discussions negotiating a 2015 deal.

REDD +
Reducing Emissions from Deforestation and Degradation. REDD is the mechanism under the UNFCCC that seeks to reduce emissions from deforestation and degradation of forestry. This is a hugely important mechanism given the importance of forestry to global GHG emissions. At COP19 progress was made on REDD+ with the agreement of the Warsaw Framework for REDD+. However many still have significant concerns with the mechanism, particularly in regards to indigenous people’s rights and the question of if it encourages the growth of plantations rather than true forestry.

UNFCCC
The United Nations Framework Convention on Climate Change. The UNFCCC was signed in 1992, and held its first Conference of the Parties (COP) in 1995. It’s worth noting that the convention was established with the aim of stabilising greenhouse gas concentrations “at a level that would prevent dangerous anthropogenic (human induced) interference with the climate system”. Occasionally also referred to as the UNFCC or the UNFCCCC by sleep-deprived negotiators.

WIM
Warsaw International Mechanism for Loss and Damage associated with Climate Change Impacts. Aside from this being one of the few cases where an acronym is actually useful, WIM refers to the mechanism set up at COP19 to in response to demands from many states that the UNFCCC address the concept of loss and damage (see Loss and Damage).

YOUNGO
The constituency of youth NGOs was established in 2009 to give young people a voice in the talks. YOUNGO is the only constituency within the UNFCCC that has permission to perform creative actions within the conference centre, youth climate campaigners also interact with policy-makers through policy submissions and speeches (called interventions) in plenary meetings. YOUNGO members organise a Youth and Future Generations day at every COP as a reminder of the moral impetus for governments to take urgent and ambitious climate action, and have put on a 3-day Conference of Youth directly preceding the COP since 2005 to organise and skill-up the international youth climate movement (IYCM).

About UKYCC: The UK Youth Climate Coalition is run entirely by a team of highly motivated young volunteers, all of which are between the ages of 18 -29, working together between other commitments to campaign for a future which is clean, affordable and safe. Every year we train up and send a UK Youth Delegation to the United Nations Climate Change Talks. We collaborate with other international youth organisations to call for immediate and ambitious international climate action that is fair and protects the world’s most vulnerable.