How are Rwanda, Ethiopia and Bangladesh preparing for climate change? 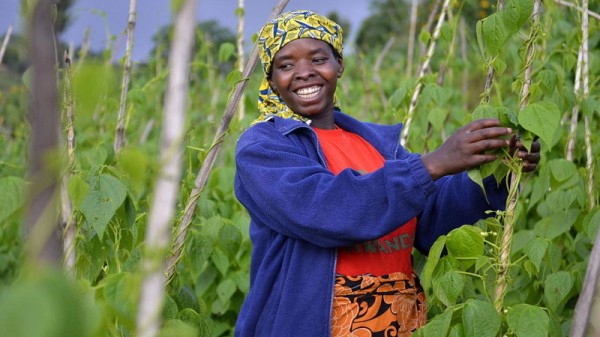 Climate negotiators from across the world are preparing to jet off to COP 20 in Lima, Peru, in early December. For two long weeks of talks, media attention will be drawn to climate change once again.

Less glamorous, but equally important, behind-the-scenes work is already being carried out by national policymakers in many Least Developed Countries (LDCs), who are developing their national low carbon climate resilient strategies.

In particular, Ethiopia, Rwanda and Bangladesh recognise that climate change poses a threat to their future.

They are developing national plans that will help them grow in a way that relies less on high-carbon fossil fuels, while also preparing to deal with the impacts that climate change will bring to each country’s regions and sectors, including to agriculture, water, health and tourism.

Ethiopia and Rwanda are both heavily reliant on agriculture and are faced with increasingly unpredictable rains.

These can result in food shortages due to decreasing crop yields. Certain staple crops such as maize in Rwanda are particular sensitive to changes in climate.

ANALYSIS: What does it mean to be climate resilient?

The public policy team within the Climate Change Group at the International Institute for Environment and Development (IIED) have just finished 18 months of research into these planning processes.

The research helped clarify what is motivating countries to become more climate resilient and adopt low carbon development alternatives in the future. It also highlighted some ways these processes could be better supported and brought together.

The research, which was carried out in partnership with local research partners and government agencies, involved semi-structured interviews with key policymakers.

It also looked at how individuals worked within their larger social networks, a field of study called social network analysis, in order to see how policymakers were accessing and sharing the information they needed.

The research revealed that there was a strong consensus between all three countries on the incentives driving them to adopt a greener, climate resilient development path in the future.

The key incentives were access to climate finance, and to support existing national priorities.

The financial incentives for such an agenda lie in accessing climate funds such as the Green Climate Fund (GCF).

The GCF was established in 2010 by the UN Framework Convention on Climate Change (UNFCCC) to support adaptation and mitigation activities in developing countries.

Countries hope to access significant finance through mechanisms such as these and bilateral support from individual development agencies for climate-related interventions.  This finance can then be used to support national plans.

In Ethiopia, for example, policymakers  talked about using the low carbon, climate resilient approach to be more ambitious with their national agenda.

Some policymakers in Bangladesh emphasised that low-carbon elements of the agenda should be funded through external sources, highlighting that their priorities lie in developing resilience and potentially including low-carbon objectives, if externally supported.

For the policy agenda to gain traction with a range of stakeholders, there is a need to align the chosen policy approach with strong national motivating factors.

For example in Bangladesh, securing energy access for all is a strong policy narrative and parts of the government has aligned it with the low carbon resilient agenda so as to capitalise on the existing policy support.

What people understand by ‘low-carbon resilient development’ varies among key stakeholders  (both government and non-governmental) within and between countries.

In Bangladesh, environment ministries and power-related ministries have formed coalitions supporting their different views and definitions of what the agenda means.

In Ethiopia, views remain diverse and there was little evidence of coalitions forming around particular perspectives within or between ministries.

Rwanda also shows a diversity of views across stakeholder groups, although they broadly remain within the discourse of long-term environmental sustainability.

When a policy is supported by a coalition of stakeholders with similar understandings and priorities they seek to move it forward, and to start implementation.

But when several coalitions hold different ideas there may be insufficient shared understanding to generate a unified way ahead.

This diversity of views suggests that debate across government is required to consolidate ideas and develop a national approach with wider national ownership.

Through this debate, consensus can be reached and the low carbon, climate resilient agenda will become more defined.

Research also showed that government policymakers and other stakeholders need new information to plan for climate change, indicating that this policy area is still emerging.

This research clearly shows that greater attention must be paid to developing wider stakeholder engagement within policymakers and those associated with policy development with the still-emerging low-carbon resilient development agenda.

Policymakers and researchers in each country need to develop a common understanding of key points to allow progress towards implementation, and this must be supported by high-quality, easily available information.

Susannah Fisher is a researcher on climate change, development, adaptation and political economy based in the Climate Change Group at the International Institute for Environment and Development. Follow her on Twitter @SusannahFisher