What to watch for at the New York climate summit

As leaders flock to New York for tomorrow’s climate summit, E3G gives some hints on what to expect 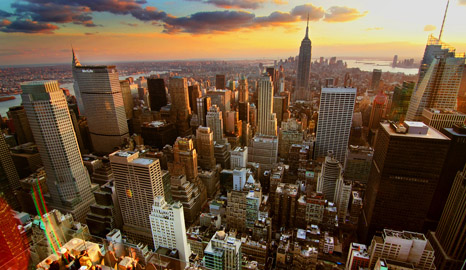 Rumours are rife regarding the slew of unilateral announcements that will be made at tomorrow’s UN climate summit in New York.

The clandestine discussions of “bold” actions, furtive answers neither denying nor confirming leaders’ attendance has led to much speculation about what’s planned for the summit.

It’s a tricky one to predict. This summit isn’t going to deliver us a global climate agreement; instead it’s going to re-engage leaders on the importance and value of it.

The summit isn’t going to be a venue where leaders announced ambitious comprehensive climate actions (that will be in their contributions to the agreement); instead it will bring about a cacophony of climate actions which show political intent from across the geographic and political spectrum to decarbonise.

Expectations for the summit are polarised. Some expect it to save the world and others have dismissed it before it’s even begun.

The lack of attendance by a handful of world leaders momentarily gave a sense of party poopers to the summit. But realisation by the likes of Cameron, Dilma, Abe and Zuma (and of course the 100 other world leaders that are attending) that this is an issue they need to grapple with means we’re back on track.

So what does a good outcome look like? Firstly, the summit and more importantly the People’s Climate March need to put climate change and the Paris agreement firmly on the political agenda, and by all reports, the series of marches broke records as the biggest ever climate demonstration. Leaders should leave in no doubt they need to go back and seriously prepare for Paris.

Secondly, leaders, the public and most importantly the media need to understand this time around, it’s different to Copenhagen.  This is a collective effort, not an agreement between the G2. The public, the small island states, the poorest countries, the emerging and developed economies and the global governance institutions will all need to reduce and manage climate risk together. This agreement cannot be negotiated in a small dark room in Copenhagen by the world’s largest emitters.  We are living in a truly multipolar world.

What’s likely to be announced?  We don’t know for sure, but our best analysis suggests an end to coal and coal financing, a long-term goal such as fossil fuel phase-out by mid-century and contributions to the Green Climate Fund (GCF).

We know that both the Chinese and the US have made significant progress in policies to address unabated coal.  Given this pressure and the challenges of heavy pollution from coal, it is credible to suggest that announcements halting new coal plants could well be afoot.

The fossil fuel phase-out goal gained momentum at the Bonn Ministerial with the likes of the Marshall Islands, France, Norway, Grenada and Germany all flirting with the idea. This chorus has helped to provide real meaning to the agreement for business, investors and planners as real-economy decision makers who need certainty to plan the transition.

And finally, it is still unclear if and which countries will pledge contributions to the GCF, but if I were a betting woman, I would have a flutter that there will be some announcements.

And to top all this off, it’s not just the governments that are getting themselves geared up. Cities, business and regions will all make announcements as part of the summit to demonstrate their contribution to the Paris agreement.

But the ultimate announcements were vocalised yesterday by the voices of the public from across the world from Manila to New York, London to Pretoria and Delhi to Buenos Aires who marched to show their leaders that even if their media and politicians don’t yet, they do value and call for an international agreement.

No country can manage climate change alone; the public gets this, and its time the elite followed suit.