London’s climate march was a carnival for all

Talking about climate change no longer makes you the person to avoid at parties, says RTCC’s Sophie Yeo 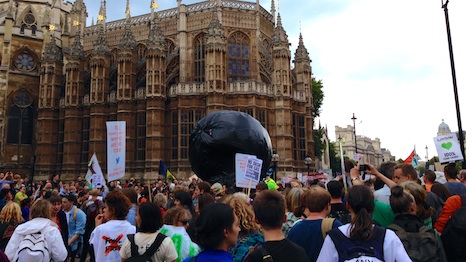 You could have mistaken it for the Notting Hill carnival.

Londoners gathered in Temple around lunch time to take their place on the biggest climate march in history.

The weird and wonderful were out in force. People decked in animal costumes sparkled by the River Thames. A man dressed as the Grim Reaper backflipped on a roof. People danced and beat on drums, while a Gujarati contingent handed out “samosas for change”.

The London march is just one of around 2,000 climate actions taking place across 150 countries today. The biggest is in New York, where leaders will meet on Tuesday at the UN Headquarters in New York to pledge new action on climate at a summit hosted by UN secretary general Ban Ki-moon.

At RTCC, our editor is currently out in the States to cover the big one. For me, the route taken today by the march — from Temple to Parliament — is basically my daily commute. 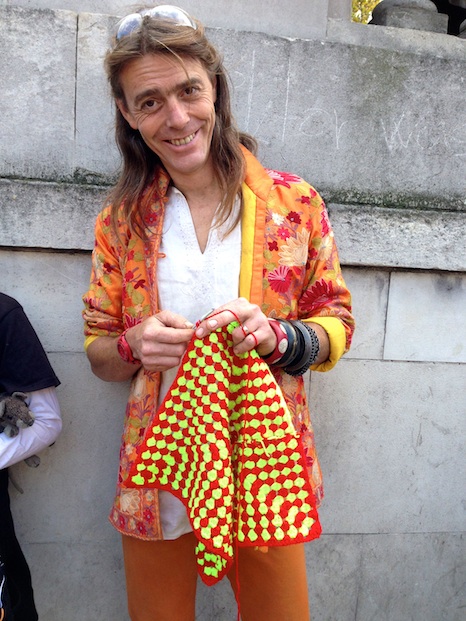 “I’m here off of a pair of boats near Kingston. I’ve come along because climate change needs more attention, it’s as simple as that. I’m here with all my family and it’s a very nice atmosphere. I’m hoping the numbers will be large enough to warrant some sort of attention.”

The difference was that today, as I hopped off the bus, my usual morose reflections about whether climate change will ever be more than a niche subject were dispelled as I was swallowed by a throng of banner-wielding activists.

And men in straw skirts. And Welsh people. And parents with prams. The variety, and the volume, of people at the march suggests that climate change is no longer a subject for tree huggers alone.

Those following the climate debate will already know this—the loudest voices are no longer confined to the hemp shirt brigade. Just this week, we had a major report from Felipe Calderon, former president of Mexico, on why climate action is good for the economy. It was picked up everywhere, from National Geographic to the Financial Times.

But the estimated 27,000 Londoners who turned up on the streets today made sure that those outside the inner climate circle knew it too. Passers-by cheered from Waterloo Bridge as the parade marched beneath. 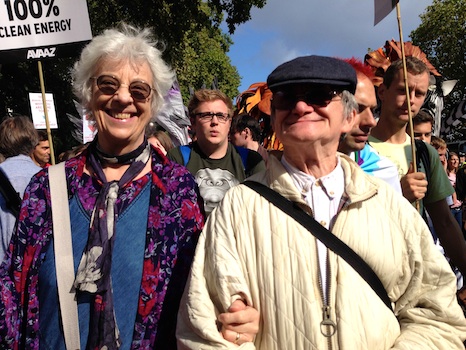 “It’s the biggest problem we’ve got to face, but we don’t because we think it’s too big and too far off. It’s not far off now. You’ve just got to do whatever you can so it goes up the political agenda. It’s all our futures, our children’s futures.”

But the real challenge is whether politicians will also hear it.

The sound of the mile-long stream of protesters, combined with loudspeakers, means it would take some serious soundproofing for the noise of today’s march not to have infiltrated the Houses of Parliament, the destination of the march.

But the test is whether the message will permeate the skulls of those inside London’s most famous landmark. When David Cameron attends the summit in New York this week, he has an opportunity to prove that he is still the green leader he once pledged to be — and that today’s vast turnout shows his country still wants him to be. 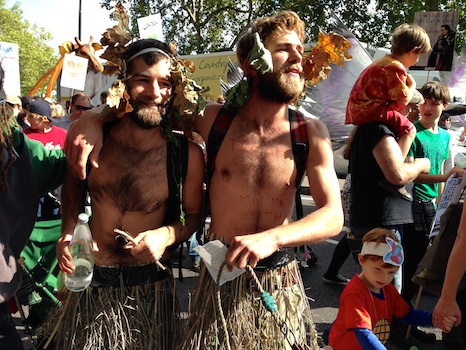 “We didn’t hurt any grass in making these outfits. It was torn up grass already. We’re here for nature.”

And today’s jamboree has given him a new reason to do so. It shows that standing firm on climate change no longer makes you the naysayer, the pessimist. Publicly acknowledging the crisis does not transform you into the harbinger of doom that people avoid at parties.

Today, climate change was the party right in the centre of London — and in New York, and Melbourne, and Paris, and Berlin.

On Tuesday, leaders will have to reveal if they are ready to be the life and soul. 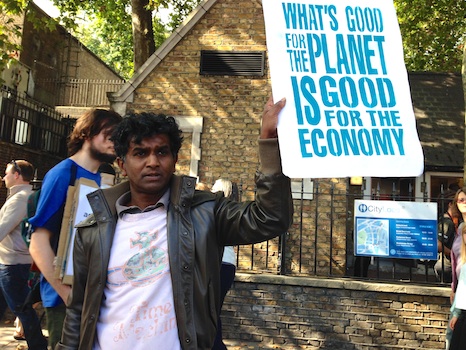 I believe in the general climate change idea that it’s not being taken seriously enough. I’ve got friends who are supporting it, and because I trust them, I trust their view that they’ve got it right about climate change, and it’s a real concern.