Why I’m marching for climate change this weekend 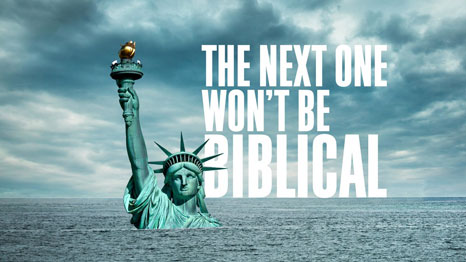 Posters for the climate march have appeared on the Tube and the Subway (Pic: People’s Climate March)

The world’s biggest climate march to date is set to take place this Sunday – and it’s not just tree huggers who are taking part.

Hundreds of thousands of people will take to the streets across 150 countries in a People’s Climate March.

It is an effort to put pressure on world leaders, who will gather in New York on the 23 September to pledge new actions on global warming.

With adverts on the Tube and a hashtag trending on Twitter, the march is grabbing the attention of those who don’t necessarily recycle all their milk cartons and panic about their carbon footprint each time they get on a flight.

We’ve spoken to five British people marching for the first time, and asked them why they’ve decided to take part. 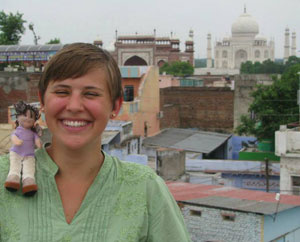 I’ve never done anything like this. I try to do my bit by living greenly but that’s about it. I thought I should stop complaining about things and not actually doing anything about it. The climate is something I’m actually becoming increasingly concerned about and I think events like this are probably the best way to start making a difference about it. I can’t keep expecting everyone else to sort it out.

I’m interested about what it will entail and excited about being part of something that is quite a big movement. I regret not marching against the UK’s involvement in the Iraq war, so I don’t want to miss the opportunity to make a stand about an issue I care about again. 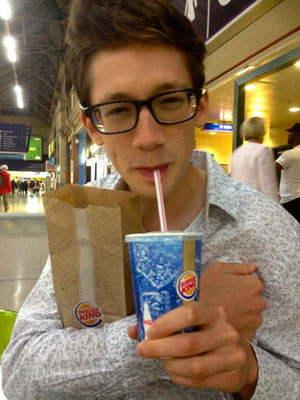 I really want to see positive solutions to the problems of climate change. Getting out on the streets shows people that it’s an issue that’s really important to you. I’ve heard some great stories about how people are doing amazing things to improve people’s lives, whilst addressing the problem of climate change, and I just think – wouldn’t it be great if everyone was doing things like that?

I’d say pretty much everyone is aware of climate change as a term. However, it’s tricky to get a handle on more than that, as it’s such a massive and uncertain problem, and understanding is always changing because it’s happening in real time. There’s loads of people who want to live the dream of being in a more sustainable world – but beyond individual lifestyle choices, it feels hard to do much more. It feels like a massively complicated issue. 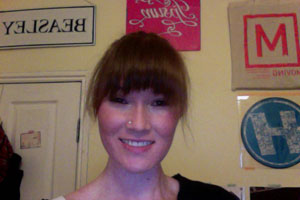 I think it is important to be an active citizen, and i was just thinking a couple of weeks ago that i should probably be more involved in a physical form of activism rather than just signing petitions online.

I’d like to think that most people feel the same way i do—they are worried about climate change but don’t know how they personally can do anything that will make a difference. This is why the march and any other form of collective thinking along these lines is great to empower people— seeing so many other people on board gives me the confidence that collectively, our individual actions will make a difference. 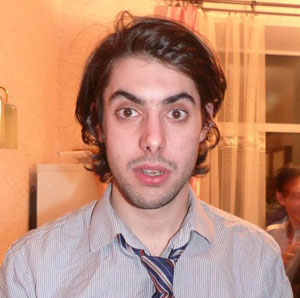 I’ve flirted with vegetarianism and recycling, that’s about it. I decided to go on the march because I feel bad for not acting more responsibly in regard to the environment when I know how serious an issue it is. The climate march has been heavily advertised so it just seemed to make sense as I couldn’t avoid it.

Climate change has been an issue in the general consciousness for ages, it’s whether people take it seriously or can be bothered to do anything about it. The fact that the Greens are making slight gains in the polls and that green industries continue to grow suggests a continuing trend in interest, but there has been no clear beginning point really as far as I can see. 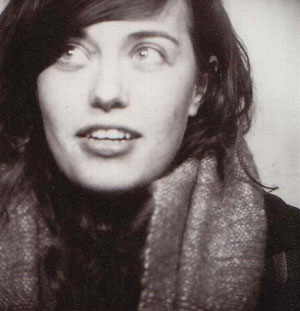 I think people are drawing clear links between class, inequality, the flaws of neo-libralism and the swift and systematic destruction of the planet. It’s the same dispute just under a different name.

It is really easy (and useful) for the government to maintain the status quo by dividing issues up so that they only relate to ‘green ideas’ or ‘class ideas’ ‘pacifist ideas’ etc when actually it’s all part of a bigger picture, one that if we tackled collaboratively, the uprising would be massive.

I intend to remain engaged with ideas that challenge the unequal distribution of wealth, climate change and the division of world resources being a massive part of this. We need to rethink a competitive free market model if we are to work out how to solve some of these key issues.