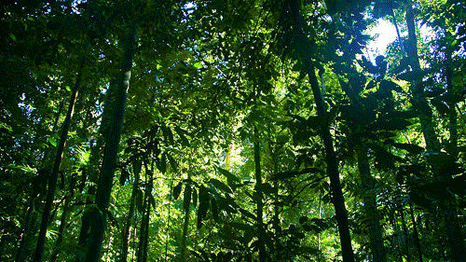 By Claudia Stickler and Joy Hyvarinen

If REDD+ is to succeed as part of the global response to climate change and if it is to work for countries and communities it needs to be tackled in the context of rural development.

Under the UN climate treaty REDD+ (Reducing emissions from deforestation and forest degradation) involves reducing greenhouse gas emissions by protecting forests in developing countries and providing finance to make it possible. Tropical deforestation and degradation is estimated to be responsible for roughly 15% of global emissions.

Making REDD+ work on the ground is challenging. Careful monitoring is crucial to make sure people do not profit from emission reductions that never happened or that someone else – for example indigenous peoples – achieved. Inappropriate REDD+ projects could undermine local people’s rights.

Lack of funding to help countries, subnational governments and communities make the transition to low-emission rural development a problem.

In general, despite a proliferation of initiatives, REDD+ funding has been slow to reach its target. And many of the broader socio-economic factors (land tenure, market access and conditions) that drive deforestation depend on actors and conditions beyond the domain of REDD+ projects.

In many places, agricultural frontier expansion is driving tropical deforestation and forest degradation. This in turn drives degradation of other ecosystem services on which communities depend, such as water, fish, game and soil resources.

An important challenge is to increase agricultural and livestock production on lands that have already been cleared of forests, but are below their productive potential.

Implementing REDD+ on the ground means taking into account other factors, which can vary widely from place to place. They include rural development needs, livelihoods, services, agricultural practices, cultural and political circumstances, commodity markets and global trade.

There is growing recognition that REDD+ should not and cannot be treated in isolation. It should instead be part of a sustainable land-use strategy that considers a range of benefits (including non-carbon benefits), sectors and actors.

For REDD+ to succeed, a new model is needed for low emissions rural development in the tropics.

The Sustainable Tropics Alliance is a growing network of experienced NGOs working in regions that are critical to climate change. These regions contain valuable carbon stocks (in the form of forests) and local populations which are vulnerable to climate change.

Through the Sustainable Tropics Alliance, grassroots organisations share their experiences and collectively design strategies. They play a critical role in shaping climate-related policy at state and national levels.

By bringing together the knowledge and experience of its member organizations, the Alliance is learning what rural communities in different countries need and how REDD+ can be made to work for them.

In Peru, the Alliance focuses on the Pachitea River basin (one of the Amazon’s headwaters). Here agriculture, cattle ranching, mining, illegal logging, overfishing, and uncontrolled pesticide use affect the entire watershed. The Alliance is engaging sub-national governments in the development of a low emissions rural development plan.

In Kenya, clearing of the country’s montane forest for agriculture and firewood has led to water scarcity. This hurts key economic sectors such as energy, water, agriculture, livestock and tourism.

Meanwhile in Indonesia, the Alliance is getting government and palm oil companies to commit to reducing deforestation for oil palm plantations across the province of Central Kalimantan.

A founding premise of the Sustainable Tropics Alliance is that civil society organisations are critical actors when it comes to achieving change.

They can provide consistency when government administrations change, help governments carry out responsibilities and build bridges and alliances among various stakeholders.

The emerging LED-R model focuses on regional or jurisdictional scales. It aims to address the complex problems in a way that achieves or maintains climate stability both at global and local levels.

And it does so by increasing the capacity of local actors and institutions. They can adapt to climate change, increase sustainability and ensure fair access to natural resources, while increasing agricultural and economic productivity, job creation and incomes.

REDD+ could play an important role in enhancing pre-2020 ambition of nations as part of a deal in Paris in 2015 and also as part of the future climate change agreement. Deciding how will be part of the negotiations in the UNFCCC’s ad hoc working group on the Durban platform for enhanced action (ADP).

Approaching REDD+ in a more holistic way has implications for the design of the future climate agreement. However, there is no need to wait. Jurisdictions and countries can begin implementing low emissions rural development strategies, including REDD+, now.

Tools that they can use include Nationally Appropriate Mitigation Actions (NAMAs). These bring together public policies, private sector engagement and investment, and formal recognition of land rights of indigenous peoples and forest-based communities.

Well-designed NAMAs can address the drivers of deforestation and degradation and create positive incentives for LED-R.

Claudia Stickler is a scientist at the Earth Innovation Institute