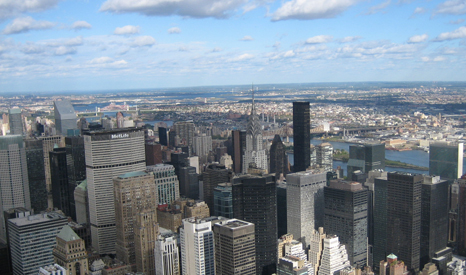 As a frontline country fighting against the adverse impacts of runaway climate change, this summit is important for Bangladesh.

At the summit and during different panels and roundtables developing will raise the concerns and showcase the success stories and best practices in our fight to adverse impacts of climate change.

The European Union is hosting a ministerial roundtable on September 20 where ministers including Bangladesh’s environment chief Anwar Hossain Manju will discuss how political leaders can work to ensure success at UN talks in Lima this year and Paris in 2015.

Brussels did a commendable job by reaching its own 2020 emission reduction target six years ahead of the schedule without any job cut or economic pain.

It proved carbon cuts are possible, not so painful and not so expensive.

The least developed countries (LDCs) are determined to mobilise all efforts to boldly face the climate crisis.

These countries are deeply concerned that climate change poses a serious threat to their survival, ecological balance and development ambitions.

With the release of Intergovernmental Panel on Climate Change Fifth Assessment Report, it is clear the science is very loud and clear and calls for taking most urgent global actions.

Any further delay in taking action to tackle climate change will lead to greater adverse effects, increasing needs for adaptation as well as loss and damage.

Next Tuesday at UN headquarters global leaders should re-emphasize that a 2C temperature rise will risk our safety and survival.

All Parties should agree on a global goal of limiting temperature increase below 1.5C, a goal that is supported by all LDCs, Small Island Developing States and African countries, more than 100 countries in the world and more than 50% of UN membership.

A 1.5C goal must be accompanied by appropriate mid- and long-term targets.

A decision on national contributions to the 2015 Paris agreement, reconfirmation of the clear timeline, guidance on information to make contributions fully explicit in terms of mitigation impact, adaptation benefit and establishment of a consultation process would be one measure of success.

The contour of elements of the new agreement with narratives should be agreed at Lima and should be foundation for further negotiations in 2015. Decision on the future plans to enhance pre-2020 mitigation ambition is another measure of success.

Further down the line, the UN summit in Lima should be a place for announcements on the initial resource mobilisation for the Green Climate Fund.

We also expect news on the delivery status of post-fast start climate finance, loss and damage, progress on national adaptation plans together with land, agriculture and forests, technology transfer and capacity building.

Political leaders from developed countries should come up with concrete pledges and commitments at the summit.

Ministers should play key role through roundtables, consultations and parleys from now on to Lima and in the run-up to Paris.

Some of the ministers should work on some of the key issues to make advancement in the process of negotiations in an inclusive and balanced manner.

LDCs including Bangladesh are reiterating that these countries need increased and additional financial, technology, and capacity building support to deal with climate change related needs, in accordance with Article 4.9 of the UNFCCC which must continue to operate under the 2015 Agreement.

LDCs including Bangladesh have always argued that mitigation is the best adaptation.

The international community should be more ambitious in mitigation actions and stand in support of the most vulnerable countries.

All Parties should consider a major paradigm shift through a technology revolution for energy efficiency and renewable energy to face and address runaway climate change.

Global leaders and all Parties should consider UN Climate Summit as a unique opportunity to up the momentum and head towards COP 21 in Paris with a real sense of urgency and purpose.

All leaders must mandate their negotiators to deliver a meaningful, balance, fair and ambitious climate agreement in December 2015 to address the greatest challenge of our time.

It’s time to rescue the most vulnerable people from the climate change crossfire.

Quamrul Chowdhury is a lead climate negotiator of LDCs and veteran delegate of Bangladesh since the inception of climate negotiation.  Follow him on twitter @QuamrulChow2030