Desmond Tutu calls on world to “walk the walk” for climate 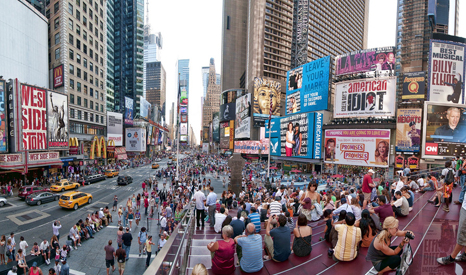 Desmond Tutu has led calls for people to join a global march on Sunday in support of more ambitious climate regulations.

Campaigners at the NGO 350.org say over 2,000 events around the world are scheduled to take place, ranging from small gatherings to the 100,000 expected to march in New York.

Tutu, a Nobel Peace Prize winner in 1984 and longtime advocate of tougher climate policies, recorded a message on the Vine social network.

“We must walk the walk, we must ensure climate justice,” he said.

UN climate chief Christiana Figueres also recorded a message on Vine, highlighting the solar power produced by her office, and calling on others to prove they are “walking the walk”.

Activists want anyone taking part in an event on Sunday to record a short message on Vine or YouTube and post it using the hashtag #walkthewalk.

Tutu’s intervention comes at a time when momentum is growing behind the planned New York march, which 350 says will be the “biggest in history”.

Yesterday UN secretary general Ban Ki-moon confirmed he too would be taking part in the march and would address crowds when they converge on Times Square.

“I will link arms with those marching for climate action,” Ban told a press conference. “We stand with them on the right side of this key issue for our common future.”

Actor Leonardo Di Caprio is also expected to take part, having this week been appointed a UN ambassador for climate change.

In London a parallel march will see campaigners walk from Temple to Westminster, where they will be addressed by Green Party MP Caroline Lucas, Vivienne Westwood, actress Emma Thompson and musician Peter Gabriel.

Ban said he had high hopes for next Tuesday’s conference, which will see over 120 world leaders including US president Barack Obama and UK prime minister David Cameron meet business chiefs and civil society representatives.

“We are anticipating an impressive turnout of leaders from government, business, finance and civil society. Most important, we are expecting significant commitments and progress,” Ban said.

While it is unclear exactly what leaders will announced, it is expected some will announce greater climate finance contributions and promise to support political efforts to secure a global climate deal in 2015.

A World Bank report on how many countries and businesses now use carbon pricing is also expected to be released on Tuesday.

“Ban Ki-moon has done us all a great service, this is a major opportunity to take stock on where we are. Hopefully it will kick off a new level of debate at a high level,” he said.