Which narrative will prevail at the UN’s climate summit?

COMMENT: Debate over the costs of action versus the costs of inaction is likely to dominate Ban Ki-moon’s high level gathering 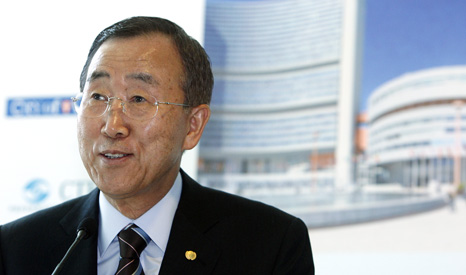 I have been privileged to be one of the 38 representatives from civil society invited to participate in the event.

A few days before the summit, on September 21, civil society will be organizing a massive March for Climate in Manhattan where groups from all over the world will be marching calling for global action to tackle climate change.

I will be joining the march with the Bangladesh contingent on September 21 as well the summit at the UN Headquarters two days later.

The outcome of the march and summit will see different narratives of the climate change problem clashing and it is still too early to say which ones will prevail.

I am describing below the main opposing narratives that will be aired in New York and the world later this month.

The Secretary General, quite rightly, has emphasized action over words at his summit.

Thus he has asked all the heads of government as well of big companies to share what they are already doing to tackle climate change and pledge what they are prepared to do in future.

There will not be any negotiated text but rather a simple report by the Secretary General on the outcomes of the summit.

This is in stark contrast to the two decades of talking that has taken place in the United Nations Framework on Climate Change (UNFCCC) with precious little real action.

This not to say that the UNFCCC process does not remain important, specially in agreeing global actions and levels of ambition, but that actions by non-government actors have already begun and will gain momentum.

Some rich countries and fossil fuel industries have been spreading the message that the costs of action to tackle climate change, including both mitigation as well as adaptation, is high ( for them) and that in these economically hard times these costs are too high to bear.

This argument is even being made in the United States of America where the fossil fuel industry narrative had prevailed until now.

The most vulnerable countries to the adverse impacts of climate change are the group of nearly fifty Least Developed Countries (LDCs), the forty plus Small Island Developing Countries States (SIDS) and the fifty plus countries in the continent of Africa.

These three groups together, taking account of overlaps between them, account for nearly a hundred countries with a billion people who will be highly impacted by climate change and who emit less than 5% of global emissions.

Hence the onus of reducing the emission to prevent catastrophic levels of adverse impacts on these poorest countries fall on the major emitting countries which include both the rich developed countries as well as emerging developing countries such as China, India, Brazil and Indonesia.

In the long term the debate is about when (rather than if) the world economy stops relying on fossil fuels and transitions to cleaner energy sources.

This was deemed to be far in the future but is increasingly looking likely to happen sooner rather than later.

A number of countries, including Maldives, Costa Rica and Ethiopia, to name a few are beginning to plan going Carbon Neutral within next decade.

Others will no doubt soon follow as they realize that it is not only possible to do so but in their own long term interests to do so earlier rather than later.

China has recently overtaken the US as the biggest emitter of Greenhouse Gases and together the two countries account for almost half of total global emissions.

At the Copenhagen Climate Summit some years ago the deadlock between these two countries was one major reason for the failure to reach agreement then.

Things are looking much more positive now with both countries’ leaders willing to take significant actions to tackle climate change. However, the level of actions being offered still fall well short of ensuring that the world does not cross two degrees Centigrade warming.

So they, along with all the other major emitting countries, will have to enhance their ambitions considerably between now and the 21st Conference of Parties (COP21) of the UNFCCC to be held in Paris, France in December 2015 where a new global climate change agreement is expected to be agreed.