Why I’m taking part in 97 hours of climate consensus 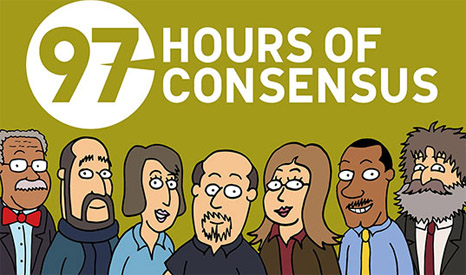 I’m taking part in the SkS 97 hours campaign because these guys are pros: they are effective and I find it inspiring to work with them.

More broadly, getting this simple idea across to the public and policy makers is critical.

There is essentially no disagreement within the global scientific community that burning fossil fuels is measurably (and obviously) warming the planet.

Moreover, we all agree that this is a bad thing for people and other critters – whales, plants, even insects – that inhabit the earth.

There is always some joker that disagrees, even in the face of overwhelming evidence.

I think the fact that only 3% of the world’s scientists are skeptical about global warming tells you everything you need to know about the overwhelming weight of the evidence. 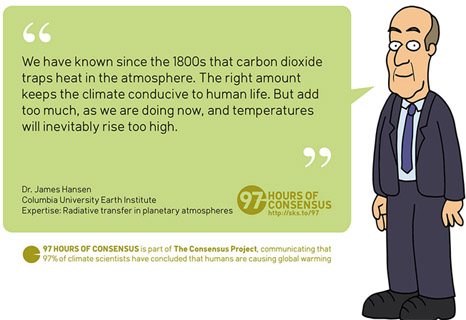 Believe it or not, scientists rarely agree on anything! I argue with my colleagues, including my close friends, about everything. Constantly.

All week long we have been debating via email the wisdom of listing more coral species as threatened under the US Endangered Species Act.

Yesterday the exchange got pretty heated! Last week it was something else.

When we agree on something, you can feel confident there is no way any remotely reasonable person could come to another conclusion after fairly looking at the evidence.

I also believe that outreach like this, when done well, can be very effective. I sometimes forget that when I’m writing yet another blog post or op-ed.

But earlier this week, the Australian government cancelled plans to dump massive amount of dredge spoil within the Great Barrier Reef Marine Park.

The Abbott government reversed an earlier decision largely in response to pressure from scientists and an understandably concerned public.

The key is effectively communicating with the public about the threats and social and economic impacts of governmental policies. You certainly can’t trust government or vested industries to do it. 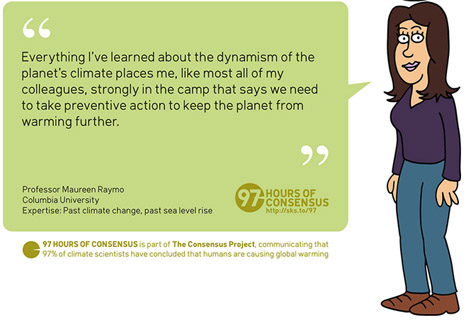 The SkS 97 hours campaign is designed to make the message more human and relatable. Effective storytelling is also about specifics and the cartoon campaign puts faces on the graphics like this that we’ve been using.

These 97% are real people with funny beards and goofy hair. I think doing it with cartoons is brilliant! Many of them look like Simpson’s characters.

Guys that Homer and Barney would have a beer with. And who’s to say they wouldn’t talk about greenhouse gas emissions and ocean acidification having a cold one at Moe’s at the end of a workday?

John Bruno is Professor, Dept of Biology, University of NorthCarolina at Chapel Hill